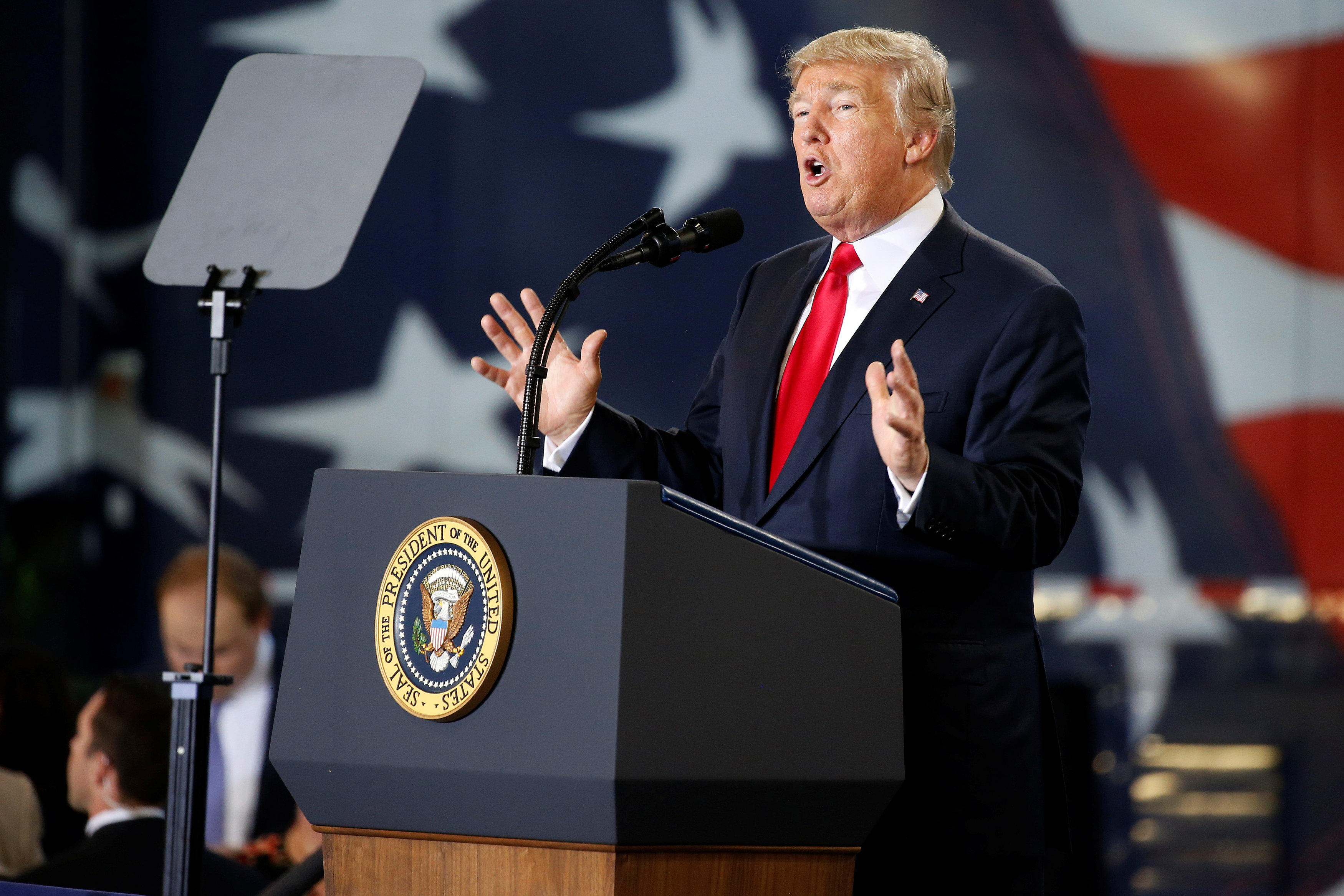 President Trump was referring to Pakistan Wednesday night when he cryptically commented that a country that previously disrespected the U.S. was now showing respect, the White House says.

"Something happened today where a country that totally disrespected us called with some very, very important news. And one of my generals came in, they said, you know, I have to tell you, a year ago they would have never done that.  It was a great sign of respect. You'll probably be hearing about it over the next few days." He said nothing further about the country.

White House press secretary Sarah Huckabee Sanders confirmed Thursday morning that the president's comment was a reference to Pakistan's compliance with the rescue operation made public Thursday morning. An American woman, her Canadian husband and their children were released after years of being held captive by a group with ties to the Taliban.

When the president outlined what he described as a new strategy in Afghanistan in August, he said one of his administration's priorities was changing the U.S. approach to Pakistan because he said it provides safe haven to terrorists. The mountains on Pakistan's border with Afghanistan are considered by the U.S. to be a safe haven for al Qaeda fighters, the Haqqani Network and other terrorist groups.

Pakistan, of course, was the country the U.S. Navy SEAL team raided in 2011 in an operation in which Osama bin Laden was killed.

Iran believed to be responsible for attack on U.S. base in Syria
Rebecca Shabad