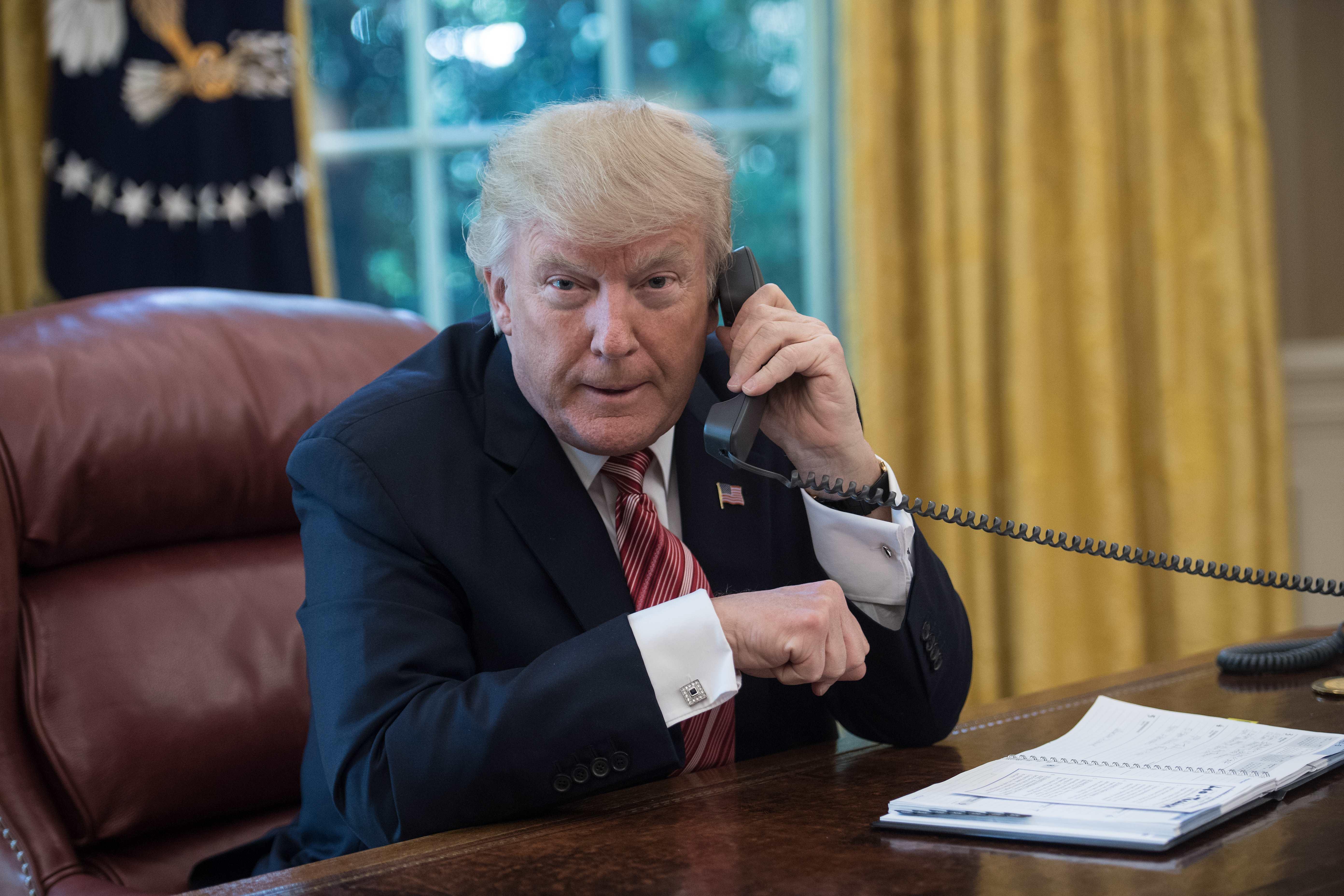 In a phone call to Fox News' "Fox and Friends" Thursday morning, a freewheeling President Trump discussed everything from the news of the day to his frustrations with the Justice Department in a 29-minute long interview. According to CBS News' Mark Knoller, Thursday's extensive chat was Mr. Trump's 22nd interview with Fox News and his fifth time on Fox and Friends.

Here are the big takeaways from Mr. Trump's wide-ranging interview:

Following Jackson's announcement Thursday morning that he was withdrawing his nomination to be the next Veterans Affairs secretary, Mr. Trump lashed out at Sen. Jon Tester, D-Montana, for airing a number of serious allegations about Jackson's conduct. Tester had said Jackson freely handed out medication as White House doctor, earning him the nickname "the candy man." Mr. Trump warned that Tester going to have a "big price to pay for this" and was adamant there was no proof of the allegations against Jackson.

"For him to be doing this to this man and his family, I think Jon Tester has to have a big price to pay in Montana. Because I don't think people in Montana – the, the admiral is the kind of person that they respect and admire. And they don't like seeing what's happened to him," said Mr. Trump.

As for his next VA nominee, Mr. Trump hinted that he has someone in mind with "political capabilities" but would not reveal who it is.

The president aimed his barbs once again at former FBI Director James Comey, telling Fox he did a "great thing for the American people by firing him."

"Comey is a leaker and he is a liar and not only on this stuff, he has been leaking for years," said Mr. Trump. The president claimed that Comey leaked classified information "in order to get a special counsel against me." Mr. Trump's rant on Comey then pivoted to his travel to Russia as part of the 2013 Miss Universe pageant.

"The memos were about me. They are phony memos. He didn't write the memos accurately. He put a lot of phony stuff. I went to Russia a day or so, a day or two, because I own the Miss Universe pageant. I went there to watch it near Moscow. I go to Russia, everybody knows, the logs are there, the planes are there. He said I didn't – stayed there a night, of course I stayed there a very short period of time. But of course I stayed. His memo said I left immediately. I never said that."

Mr. Trump then appeared to rip his own Justice Department for not bringing charges against Comey, to which "Fox and Friends" co-host Steve Doocy called out the president: "It is your Justice Department, Mr. President, you're the Republican in charge of, you got a Republican running it."

The president, however, said the DOJ was running a "witch hunt" with "people in the Justice Department that shouldn't be there." Mr. Trump then suggested he had decided not to be involved in the DOJ's Russia probe, but "may change my mind."

"They have a witch hunt against the president of going on. I have taken the position, and I don't have to take this position and maybe I'll change, that I will not be involved with the Justice Department. I will wait until this is over. It is a total – it is all lies and it is a horrible thing that is going on, a horrible thing," said Mr. Trump

He added that he was "very disappointed" in his Justice Department "because of the fact it is going on," calling the probe an "absolute disgrace."

Mr. Trump's personal attorney Michael Cohen is set to face Judge Kimba Wood for the second time as part of an ongoing federal criminal investigation into him and FBI raids of his home, office and hotel room. The president called Cohen a "good person" but appeared to distance himself, claiming the lawyer has a "tiny little fraction" to do with Mr.  Trump's legal work.

"Michael is in business, he's really a business man. I don't know his business but this doesn't have to do with me," said Mr. Trump.

CBS News' Jeff Pegues points out however, that the case does have "something to do with him" because his attorneys and Trump Organization attorneys are involved with trying to sort out what evidence seized in the Cohen raids are covered by attorney-client privilege.

The president later said Cohen would often represent him on "some things" like this "crazy Stormy Daniels deal" referring to the allegations that an adult film star was paid $130,000 dollars to keep quiet about an affair with the president. That's in contrast to comments he made earlier this month, when he claimed that he was unaware Cohen had negotiated the payment.

Mr. Trump said in his personal opinion, Cohen did "absolutely nothing wrong" but said he was "not involved" in the case.

Ahead of North and South Korea's talks in the Demilitarized Zone, the third-ever inter-Korea summit, Mr. Trump teased that plans for the eventual U.S. summit with North Korea will be narrowed down from "three or four dates" and five locations. He touted his administration's efforts with the regime, saying he's "not like Obama" and dubbing former Secretary of State John Kerry the "worst negotiator I've ever seen."

"It could be that I walk out quickly with respect, but it could be that maybe the meeting doesn't even take place but who knows," the president suggested of the U.S. summit.

On Mike Pompeo's past meeting with Kim Jong Un, Mr. Trump said the two spoke with each other for "more than an hour."