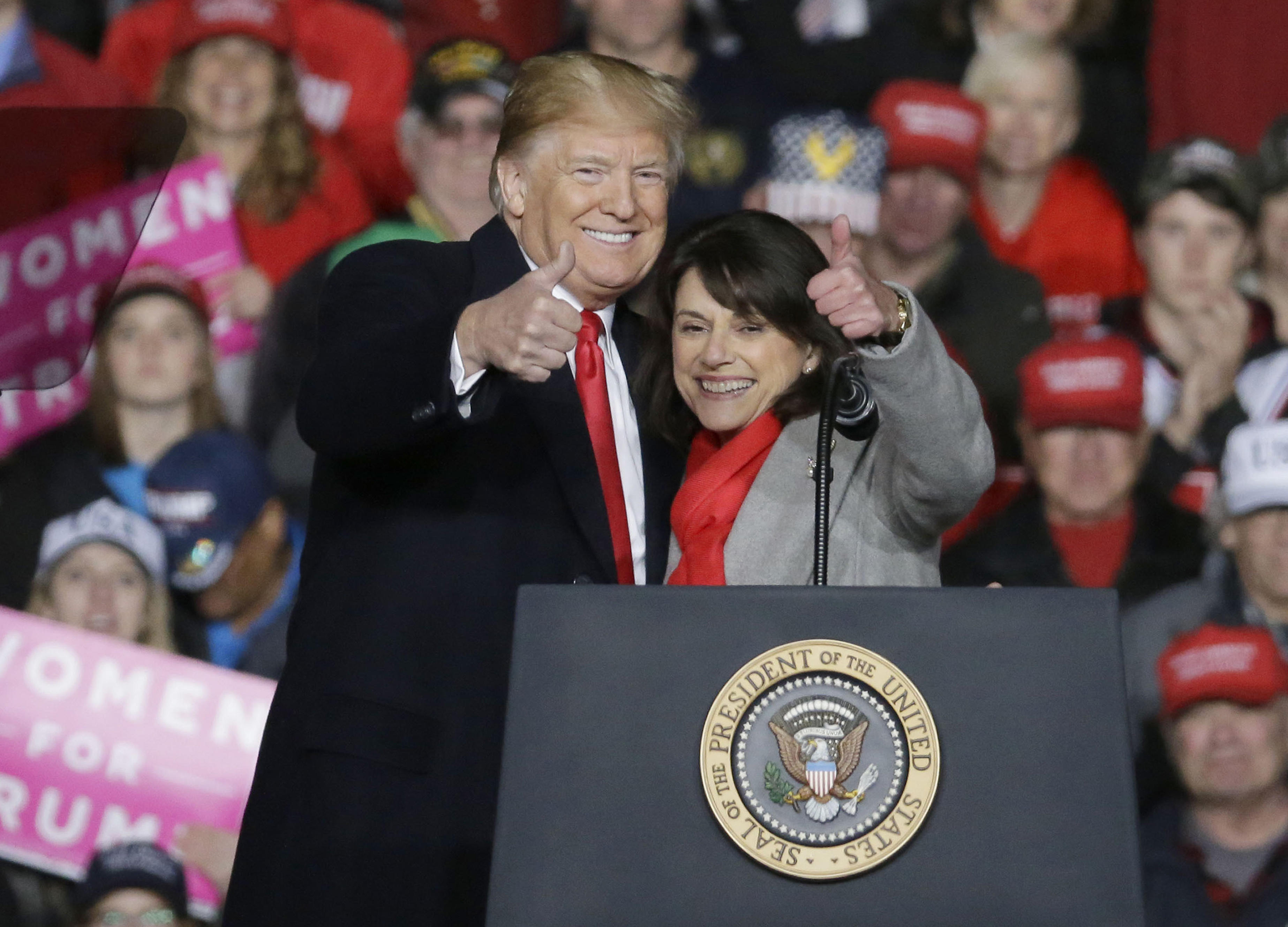 At a campaign rally on the same day explosive devices were sent to his political opponents and CNN, President Trump called for "peace and harmony" — but also criticized the media for what he said was "endless hostility."

"My highest duty, as you know, as president is to keep America safe," he said in Mosinee, Wisconsin, adding that the "federal government is conducting an aggressive investigation." He condemned threats of political violence as "an attack on our democracy itself," and called for "all sides to come together in peace and harmony."

He then argued that politicians should not make personalized attacks against each other, even though Mr. Trump himself has often insulted other politicians and the Democratic Party. He has called the Democrats the "party of crime" and "unhinged mobs." Mr. Trump said that "the language of moral condemnation and destructive routine" has to stop, and people should solve disagreements "peacefully at the ballot box."

"The media also has a responsibility to set a civil tone and to stop the endless hostility and constant negative and oftentimes false attacks and stories," he said, on the same day that a suspicious package was sent to CNN. He also later said that the media "can't take a joke."

Mr. Trump then offered a toned-down version of his usual pitch against Democrats. "We're all behaving very well. And hopefully we can keep it that way," he said of the people at the rally. He later noted that he wasn't yelling, and that he was "trying to be nice."

The president discussed the confirmation process for Supreme Court Justice Brett Kavanaugh, which he has previously used as a cudgel against Democrats. Kavanaugh was accused of sexual misconduct by multiple women, and was confirmed by a 50-48 vote. Mr. Trump decried "the way they made him suffer," although he did not specifically define who "they" was. He said that the country had to "get rid of that kind of treatment."

The president also followed common beats in his speech, such as unemployment and trade. At one point, while discussing African-American unemployment, Mr. Trump boasted that "Kanye likes me," referring to rapper Kanye West, who visited the White House earlier this month. He also went on an extended riff about making countries such as Japan pay the United States for military support, saying that he tells leaders of foreign countries: "Mr. President. Mr. Prime Minister. Mr. King. Mr. Dictator. Mr. Whoever The Hell We're Protecting. You've gotta start paying for this protection."

Mr. Trump is in Wisconsin to stump for embattled Republican Governor Scott Walker, who is seeking his third term. Walker was a Republican darling for launching a war against unions early in his tenure and was considered a presidential frontrunner in the 2016 race -- until he dropped out of the race in 2015. The president addressed their former rivalry, using it to praise Walker.

"He ran against me in the primary, and he was tough," Mr. Trump said. He also called Walker a "warrior," touting his "three elections" -- Walker actually was re-elected twice, and survived a recall vote in 2012.

Now Walker is facing the toughest challenge of his political life against Democrat Tony Evers, the state superintendent for public schools. Evers is leveraging his experience as an educator against Walker, who largely targeted teachers unions when he enacted the law which that decimated the unions' collective bargaining power. An NBC News/Marist College poll from the beginning of October showed Evers 10 points ahead of Walker among likely voters, leading him with 53 percent to 43 percent.

The president also rallied for Republican Senate candidate Leah Vukmir, who is challenging Sen. Tammy Baldwin, and is the underdog in the race. The CBS News Battleground Tracker rates this race as "Likely Democrat." The same NBC News/Marist poll found Baldwin 14 points ahead of Vukmir. Mr. Trump also offered support to Republican congressmen such as Rep. Sean Duffy.

When Vukmir briefly spoke, she called Baldwin "Taxin' Tammy," somewhat contrasting Mr. Trump's words at the beginning of his speech. She also said "chaos" defines the left, including Baldwin.

The rally comes days after a package containing components for an explosive device was found near the house of Democratic donor George Soros, and a slew of similar suspicious packages were sent to Democratic officials across the country on Wednesday. They were sent to the Chappaqua, New York residence of Bill and Hillary Clinton; the Washington, D.C. residence of Barack and Michelle Obama; former CIA Director John Brennan care of CNN HQ at the Time Warner Center in New York City; Sunrise, the Florida office of Rep. Debbie Wasserman Schultz and Rep. Maxine Waters found at a Congressional mail facility. The package to Wasserman Schultz was originally addressed to former Attorney General Eric Holder, but was sent to the wrong address and returned to Schultz's office.

Mr. Trump quoted a tweet by Vice President Mike Pence on Twitter, saying that "these cowardly actions" have "no place in this Country." "I agree wholeheartedly!" Mr. Trump wrote.

In a rally in Montana earlier this month, Mr. Trump praised Rep. Greg Gianforte, who had pleaded guilty to assaulting a reporter in 2016. He often refers to CNN as "fake news," and has been highly critical of Obama and Clinton. He has also repeatedly insulted Waters, and has sarcastically called her a "beauty" and a "low IQ individual."