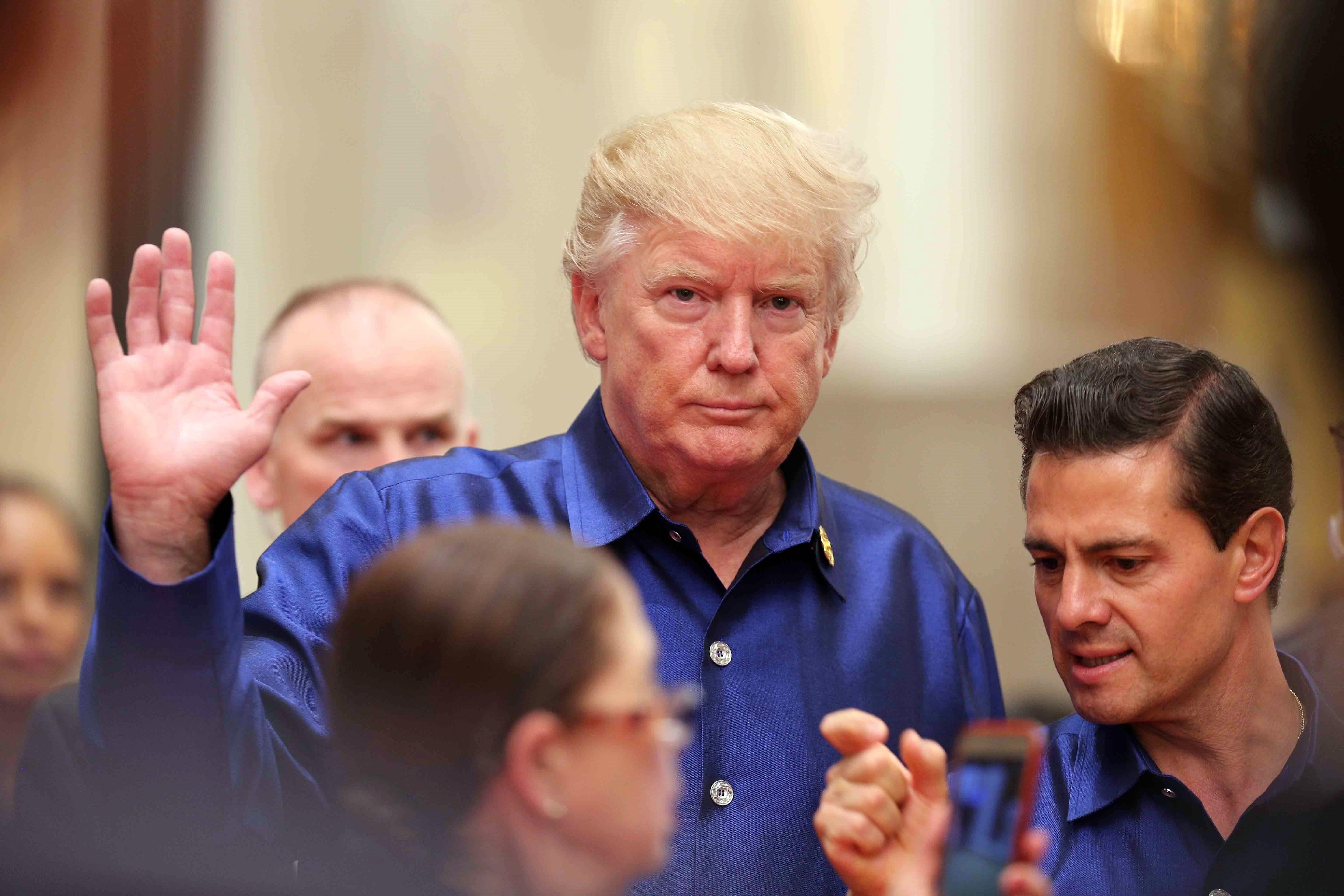 President Donald Trump on Sunday offered to mediate in the South China Sea disputes, while his Chinese counterpart played down concerns over Beijing's military buildup and the prospects of war in the contested waters.

Trump and Chinese President Xi Jinping spoke separately about the territorial rifts ahead of an annual summit of Southeast Asian nations that also includes the U.S., China and other global players. The disputes are expected to get the spotlight at the summit, along with the North Korean nuclear threat and terrorism.

The long-simmering disputes are one issue where the two major powers' influence, focus and military might have been gauged, with the U.S. and China both calling for a peaceful resolution but taking contrasting positions in most other aspects of the conflict.

Unlike China, the U.S. is not a claimant to the potentially oil-rich and busy waters, but it has declared that it has a national interest in ensuring freedom of navigation and overflight and the peaceful resolution of the disputes. Several nations back an active American military presence in the region to serve as a counterweight to China's increasingly assertive actions, including the construction of seven man-made islands equipped with military installations.

Beijing's island-building there has drawn criticism from Washington, which argues the U.S. has a national interest in freedom of navigation in sea lanes critical for world trade. U.S. Secretary of State Rex Tillerson earlier this month said China's "provocative actions" challenged international law and norms.

"I'm a very good mediator and arbitrator," Trump said at a news conference with Vietnamese President Tran Dai Quang in Vietnam's capital, Hanoi, before flying to Manila for the summit of the Association of Southeast Asian Nations.

"If I can help mediate or arbitrate, please let me know," Mr. Trump offered.

Trump's offer faces major obstacles. For one, China has steadfastly opposed what it calls U.S. meddling in the disputes and has balked at the U.S. Navy's incursions into what Beijing considers its territorial waters in the South China Sea.

The Philippines, the head of ASEAN's rotational chairmanship, said member states of the 10-nation ASEAN bloc have to consult each other but thanked Trump for the offer.

"He is the master of the art of the deal but, of course, the claimant countries have to answer as a group or individually ... mediation involves all the claimants and nonclaimants," Philippine Foreign Secretary Alan Peter Cayetano told reporters.

Philippine President Rodrigo Duterte said Xi, during a meeting in Danang, Vietnam, where they attended the annual Asia-Pacific Economic Cooperation forum this past week, assured him of China's peaceful intentions in the strategic waterway, where Beijing, the Philippines, Vietnam and three other governments have overlapping claims.

When he raised concerns over China's increasing military capability in the South China Sea, Duterte said Xi replied, "No, it's nothing."

"He acknowledged that war cannot be promoted by anybody, (that) it would only mean destruction for all of us," Duterte told reporters after flying back to Manila. "He knows that if he goes to war, everything will blow up."

The Chinese leader, however, would not back down on Beijing's territorial claim, Duterte said, and justified his decision not to immediately demand Chinese compliance with a ruling by a U.N.-linked tribunal that invalidated China's sweeping claims in the South China Sea on historical grounds.

China has dismissed that ruling as a "sham" and did not participate in the arbitration case that the Philippines filed during the administration of Duterte's predecessor. Duterte took steps to thaw frosty relations with China after he won the presidency last year.

"If you go to the negotiating table and you start with the statement that I am here to claim validity of our ownership, you're wasting your time. They will not talk about it," Duterte said of China.

Riot police used shields and water hoses Sunday to push back hundreds of left-wing activists who tried to hold a protest at the U.S. Embassy and carried placards that read "Ban Trump." There were no immediate reports of injuries in the brief scuffle and the protesters left after burning a mock U.S. flag.