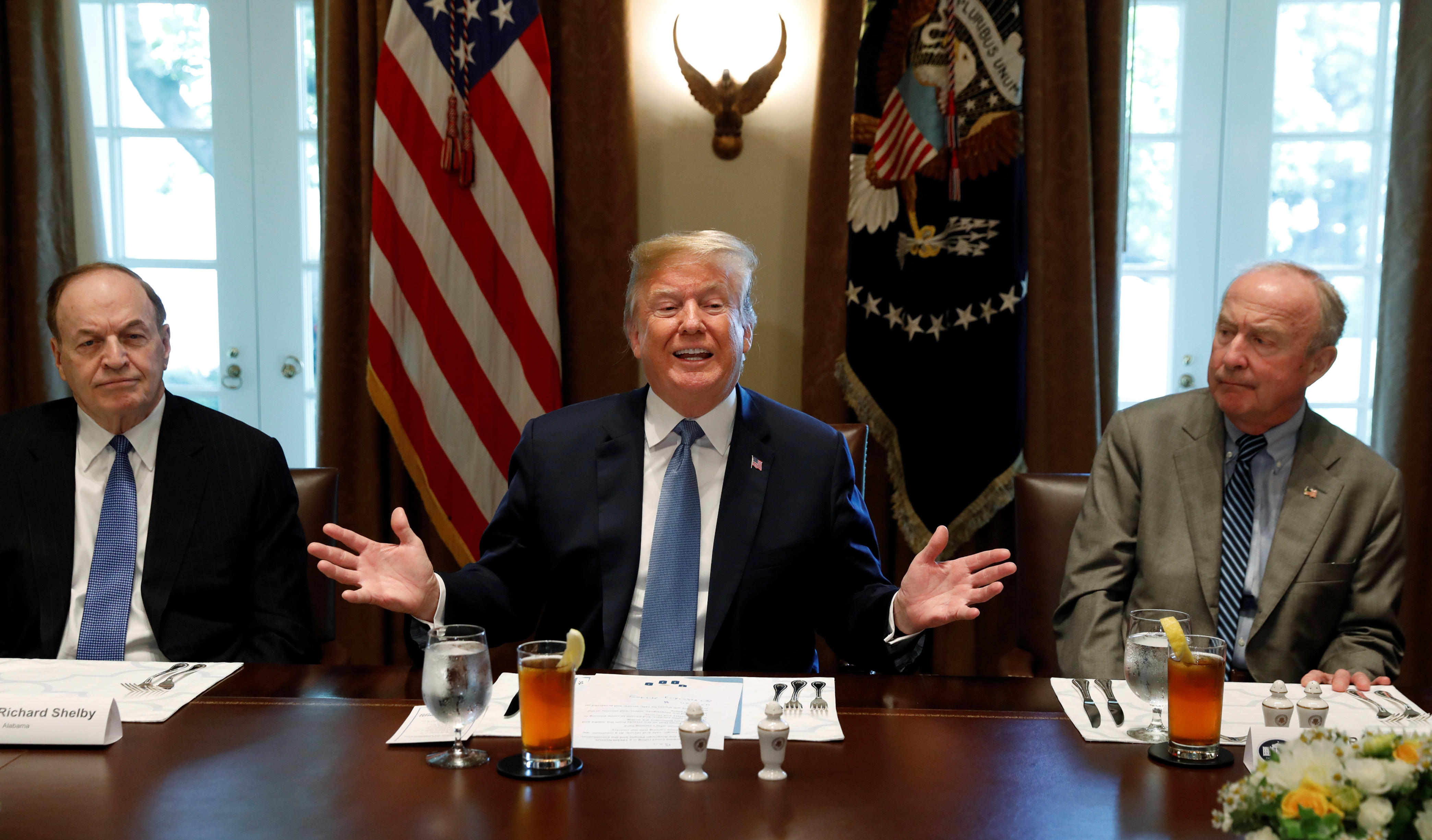 President Trump said the Supreme Court's decision to uphold the administration's travel ban was a "tremendous victory" after Justices ruled 5-4 in the White House's favor. The court found on Tuesday that the order is "squarely within the scope of Presidential authority."

When asked if he would keep the travel ban in place considering the Court's latest ruling, the president said "of course, what do you think, I wouldn't go ahead with it?" He added that the Supreme Court has the "final word" on the matter.

"We needed it as a country, that was a big victory for our country."

Meanwhile, during discussions on immigration with the Republican-only group of Senators and Representatives, Mr. Trump said that current immigration policy is a "hodgepodge of laws" put together by past administrations.

He suggested alternative policy: "It's so simple. It's called, 'I'm sorry you can't come in. you have to go through a legal process."

The president said that he would also be asking Congress to increase funding for his long-promised wall along the U.S.-Mexico border. "In light of what's happened with the drugs, human smuggling ... we have to have the wall," he said.

He added that he still wants people to come into the United States " so they can help our country."

The White House meeting comes after a more moderate version of the two GOP proposals failed on Thursday and two delays on the Republicans' "compromise" bill, pressure is on the president's party to finally deliver a fix to the country's immigration problems, including controversial family separations along the U.S. border.

"I have no doubt we'll get it done," Mr. Trump added of Congress' action.

But while Congress has yet to act, Mr. Trump has repeatedly blamed Congressional Democrats for so-called obstruction on the immigration debate. The president, at a Tuesday rally in South Carolina, claimed Democrats want "open borders and they don't mind crime."