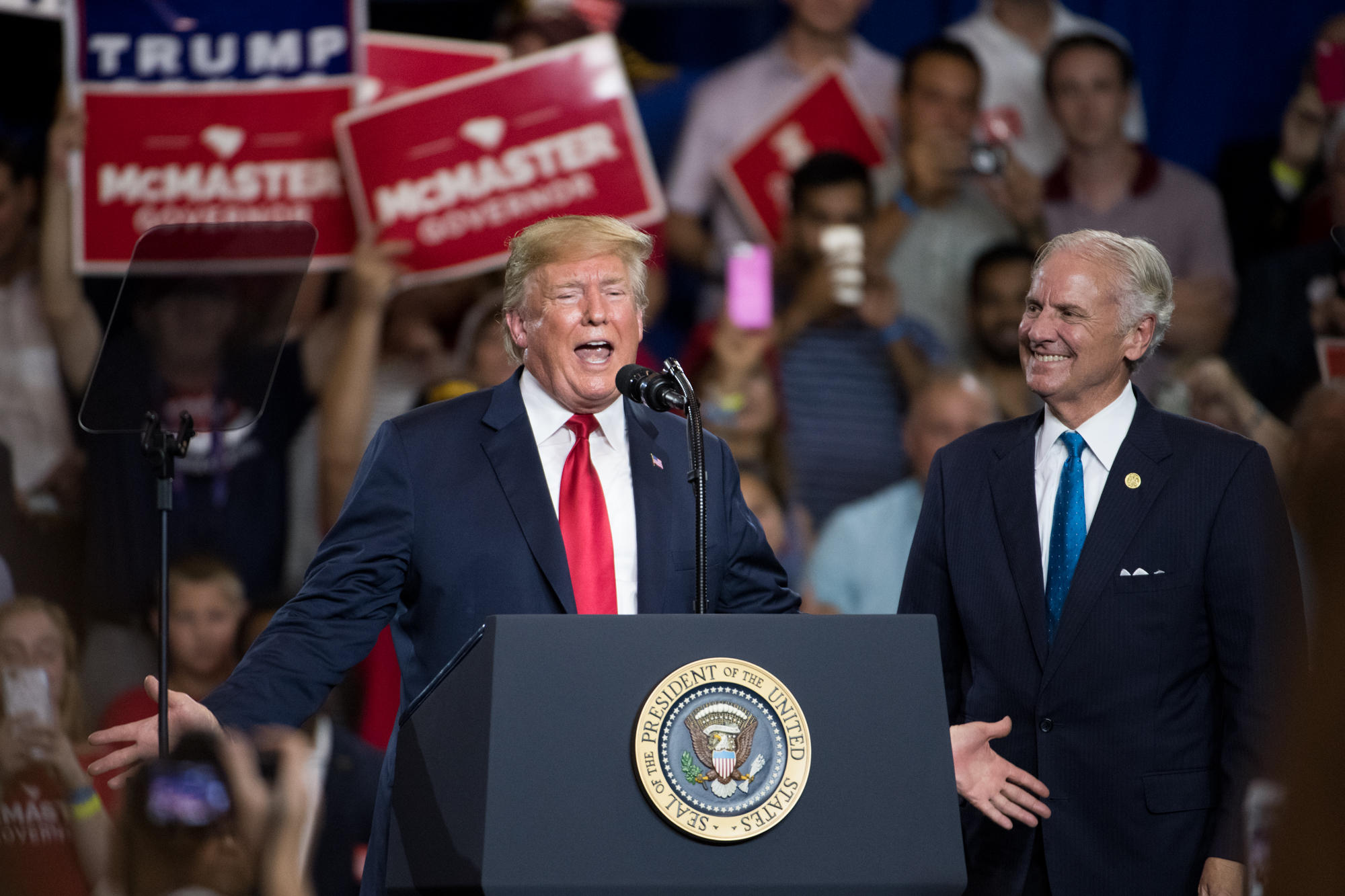 In response to the nationwide outcry against the separation of parents and children at the southern border, Mr. Trump signed an executive order temporarily ending the practice last week. While the move temporarily puts a stop to the family separation, it is not a permanent fix and Mr. Trump has called on Congress to come up with a more permanent solution.

The crowd gathered at Monday's rally met his call with chants of "build that wall!"

"It's not 'build that wall,' it's 'continue building that wall,'" he later said.

While calling for increased border security and re-upping his promise for the border wall, he criticized congressional Democrats as the source of illegal immigration issues.

"Democrats, they want open borders and they don't mind crime," he said, calling it "the party of Maxine Waters and Nancy Pelosi."

Pelosi, as the leading House Democrat, is a frequent target for Mr. Trump, but the comment on Rep. Waters, D-California, may have been in reference to her call over the weekend for Democrats to "push back" on members of the Trump administration if they encounter one in public. Waters' call came in response to White House press secretary Sarah Huckabee Sanders being kicked out of a Virginia restaurant Friday night.

"We're going for more, and we're going to get it done," Mr. Trump said of the border wall.

Earlier Monday, during a meeting with King Abdullah II of Jordan, Mr. Trump said the executive order was "something I felt we had to do," but he did not weigh in on GOP legislation addressing immigration that the House is considering this week.

Mr. Trump  did not denounce immigration entirely during his rally speech. Instead, he called for people to migrate via the legal process, although those claiming asylum, as is the case with many parents and children separated at the U.S.-Mexico border, are still attempting to enter the country through a legal process.

"I don't want judges, I want ICE and border patrol agents," he said in an apparent reference to an immigration bill proposed by Sen. Ted Cruz, R-Texas, called the "Protect Kids and Parents Act," which would increase the number of immigration judges from 375 to 750.

Ultimately, before calling on the crowd to cast their ballot for McMaster, Mr. Trump touted his administration's record of what he deemed as wins: diplomatic talks with North Korea, tax reform efforts, his creation of Space Force, and his willingness to criticize the North American Free Trade Agreement (NAFTA).

Mr. Trump has thrown his support to McMaster, a Trump loyalist who faces a runoff election against John Warren. McMaster was first statewide elected official to endorse the president in the 2016 presidential election.