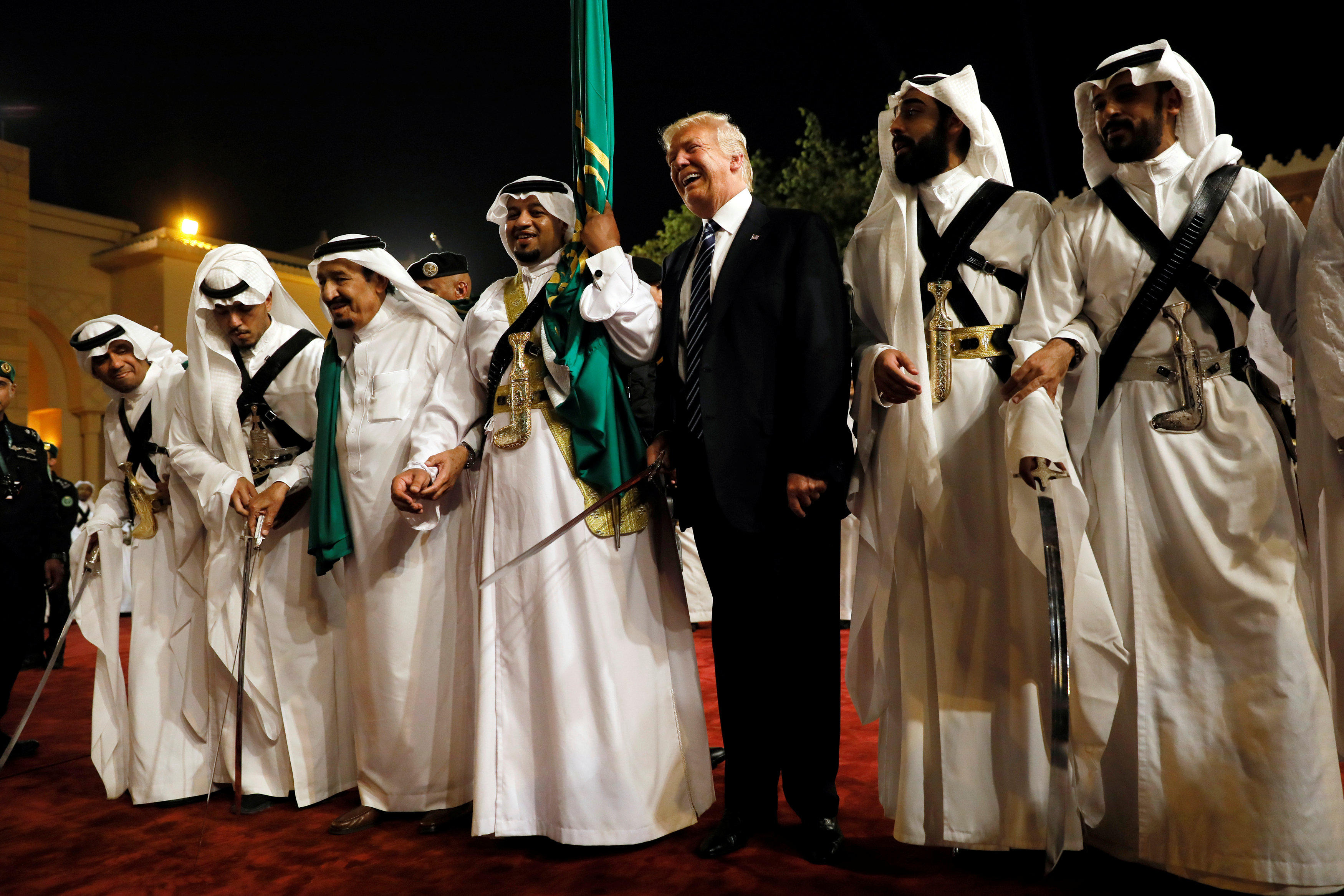 TEHRAN -- President Trump used his weekend visit to Saudi Arabia to lash out at Iran, and as CBS News correspondent Elizabeth Palmer reports, the Iranian government is not happy about being singled out.

The country is accusing the Trump administration of "Iranophobia," and selling weapons to "dangerous terrorists."

Iranians woke up Monday morning to find themselves once again prime targets in the White House firing line.

The view from Iran -- captured in one way or another in all of the country's main news media on Monday -- is that President Trump was in Saudi Arabia primarily as a sales representative for American arms manufacturers.

One headline, over a photo showing President Trump trying out a traditional Saudi sword dance during his visit to the kingdom, declared that, "for 100 billion dollars, Trump dances to the Saudi tune" -- a very thinly-veiled jab at Mr. Trump's signing of a $110 billion deal to sell U.S. weapons to Saudi Arabia.

Over the weekend, jubilant young voters celebrated Rouhani's victory in the streets, looking forward to fresh cooperation and expanded business ties with the West -- and with the U.S.

With just one short paragraph in his hallmark speech in Saudi Arabia, President Trump dashed their hopes.

"Iran funds arms, trains terrorist militias and other extremist groups and spreads destruction and chaos across the region," charged Mr. Trump, who went on to call for Iran's international isolation.

In response, Iranian Foreign Minister Jawad Zarif, who worked with the Obama administration to get the the nuclear deal signed, recalled the role of Saudis in the September 11, 2001 terror attacks. He then took to Twitter with a sharp rebuke of Mr. Trump's choice of allies in the region, and a literal highlighting of the U.S. leader's own focus on "investment."

"Iran -- fresh from real elections -- attacked by (Trump) in that bastion of democracy and moderation." The latter part being a mocking reference to Saudi Arabia, which doesn't have elections.

There is one faction inside Iran's complex power structure that may be celebrating this week, however; the hardliners and the military, including Iran's powerful Revolutionary Guard and its followers.

Closer ties with the West would further challenge their influence and control over the country. Whereas an America that has allied itself with Iran's Arab enemies -- and is arming them, too -- fits perfectly with their narrative; that Iran must be aggressive to defend itself.

President Trump has joined a war of words that rages constantly in the Middle East, but it is actions that count. Iranians are now waiting to see if Mr. Trump will back up his speech with new anti-Iranian policy.