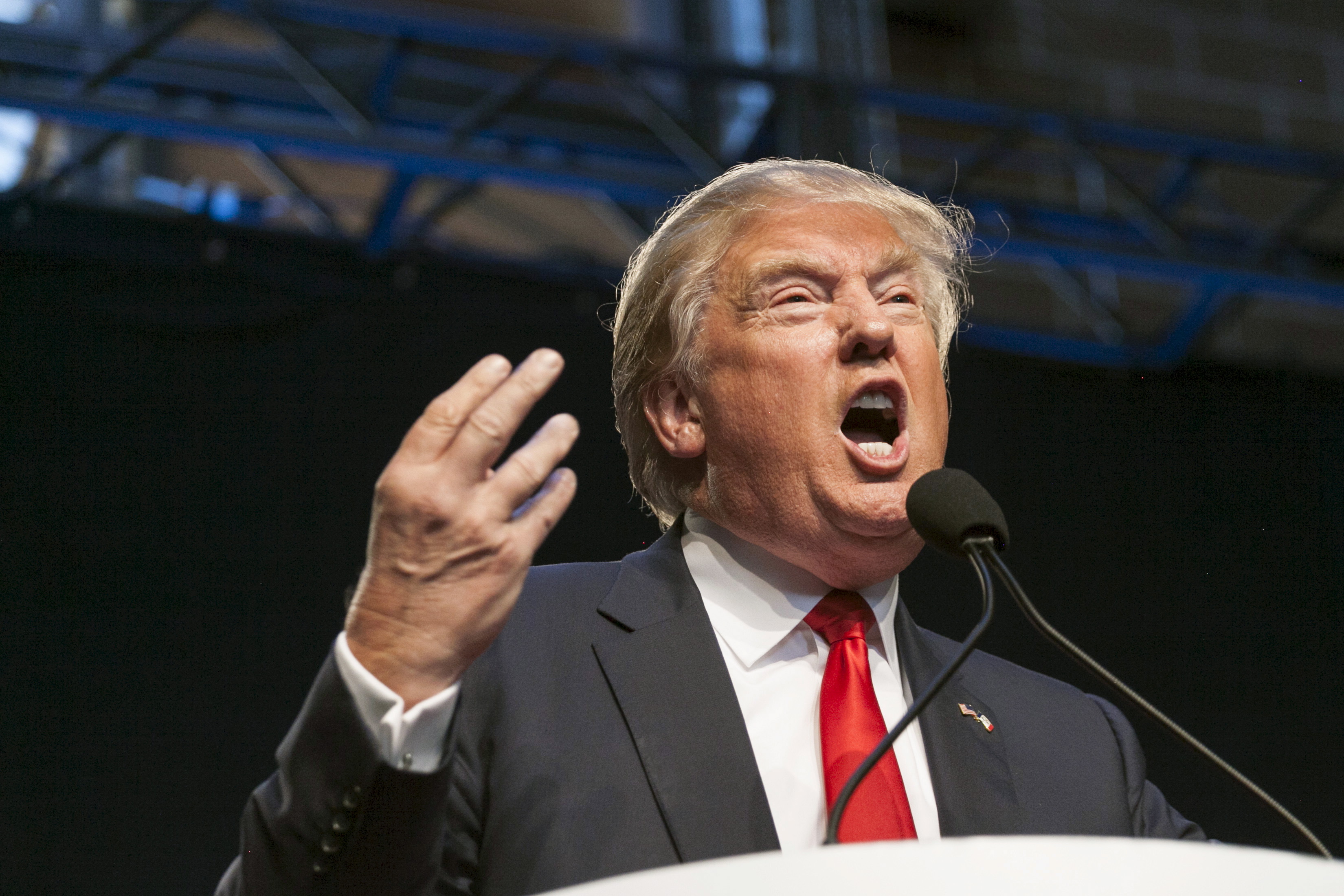 Pope Francis has already failed to reach one Republican politician during his trip to the United States: Republican presidential candidate and businessman Donald Trump.

Reacting to the pope's address to bishops Wednesday, when the pontiff said the U.S. should "not be afraid to welcome" immigrants, Trump said the pope's words were "beautiful" - but the U.S. can't afford to do what he's asking.

"Well, I think his words are beautiful and I respect the pope and I like the pope very much," he said in an interview on CNN. "I will say this, we have a country that is going through tremendous problems. We owe $19 trillion. So number one, we can't afford this process."

The same goes for the pope's focus on climate change, which Trump said is not a pressing problem.

"I'm not a believer in climate change," he said, arguing that extreme weather events are, after all, just weather.

The GOP front-runner also turned his sights on fellow candidate Marco Rubio, the senator from South Carolina, calling him a "kid" who "shouldn't even be running in this race."

"I know about Syria more than Marco Rubio knows about Syria," he said. He also said Rubio's voting record shows he "doesn't work" or is "too lazy" to vote.

One person who hasn't yet been the brunt of Trump's criticism: Taran Killam, who is set to play Trump on "Saturday Night Live" this season. Trump said, "we'll see," and promised to make it known if he was unhappy about the portrayal.

Asked if "SNL" has asked him to appear this season, Trump said, "Silencio" - he's not allowed to talk about it.