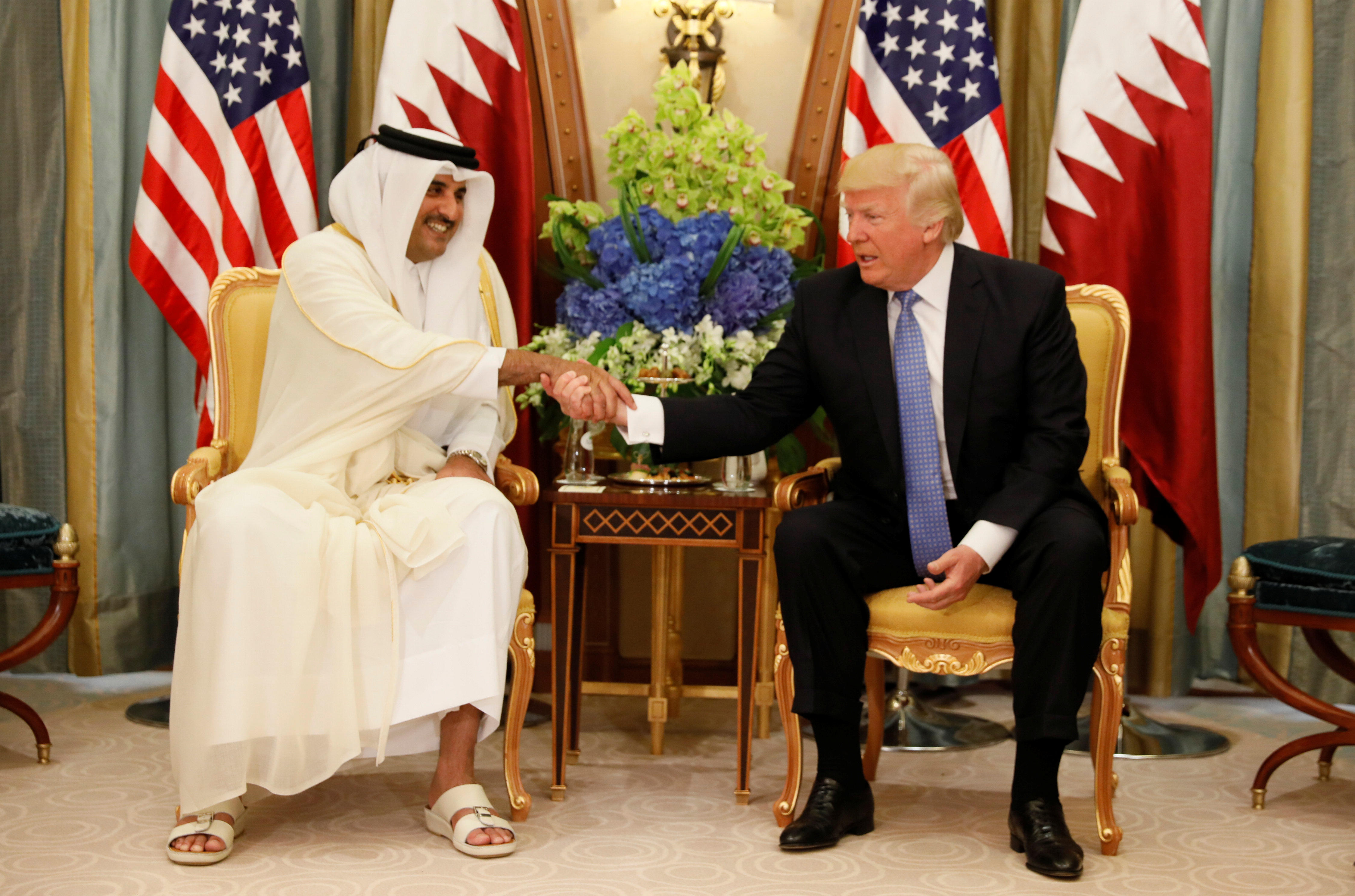 In the past 24 hours, the Trump administration has taken a harder line with Qatar, a long-time Gulf ally where some 10,000 American troops are based. The new stance suggests a desire by the administration to support Saudi Arabia and other Gulf nations that cut diplomatic ties with Qatar earlier this week -- essentially picking sides in a regional row in the heart of the Sunni Muslim world.

The Trump administration is supporting many of Saudi Arabia's demands that Qatar drop all connections with and alleged financing of the Muslim Brotherhood -- both inside its borders and in other countries, including Jordan, CBS News foreign affairs correspondent Margaret Brennan reports.

The administration is also demanding Qatar drop all support for extremist Salafist groups, particularly those in Syria like al Nusra which adhere to the ideology of al Qaeda, the Islamic State of Iraq and Syria (ISIS), and their subsidiaries.

The White House is insisting that Qatar meet those demands before the campaign by Saudi Arabia and its allies to isolate the tiny, energy-rich nation ends.

The Associated Press reports that Arab nations early Friday put 12 organizations and 59 people on a terror sanctions list for associating with Qatar, the latest move in the growing diplomatic dispute.

Qatar dismissed the terror listing as part of "baseless allegations that hold no foundation in fact," the AP says, standing by earlier defiant statements by its top diplomat that Arab nations had no "right to blockade my country."

As the AP puts it, "The sanctions list further tightens the screws on Qatar" and "shows the crisis only escalating despite Kuwaiti efforts to mediate an end to the rift."

On Thursday, the Trump administration offered a mediator: Secretary of State Rex Tillerson, who negotiated for years with Qatari leaders when he served as CEO of Exxon Mobil. The White House's offer came after President Trump met with Defense Secretary Jim Mattis to discuss the crisis.

On Wednesday, Mr. Trump spoke to Amir Sheikh Tameem Bin Hamad Al Thani of Qatar, according to the White House. In the call, the president, "offered to help the parties resolve their differences, including through a meeting at the White House if necessary," the White House said.

According to the White House, Mr. Trump also reiterated the importance of the Gulf Cooperation Council (GCC), in the wake of several key GCC members, including Saudi Arabia and Bahrain, cutting off diplomatic relations with Qatar.

The news seemed to contradict what Mr. Trump said in the Middle East last month, when he claimed he had helped unify the Muslim world. In the call with the Qatari leader, Mr. Trump said the U.S. wants a "united Gulf Cooperation Council to promote regional stability, but never at the expense of eliminating funding for radical extremism or defeating terrorism."

The U.S. is in a delicate position with Qatar, particularly given the significant American troop presence at several military bases.

The U.S. military has said it wouldn't change its position regarding Qatar's Al-Udeid Air Base, but Mr. Trump said in a tweet Tuesday that other Middle Eastern "leaders pointed to Qatar" funding radical Islamic ideology.