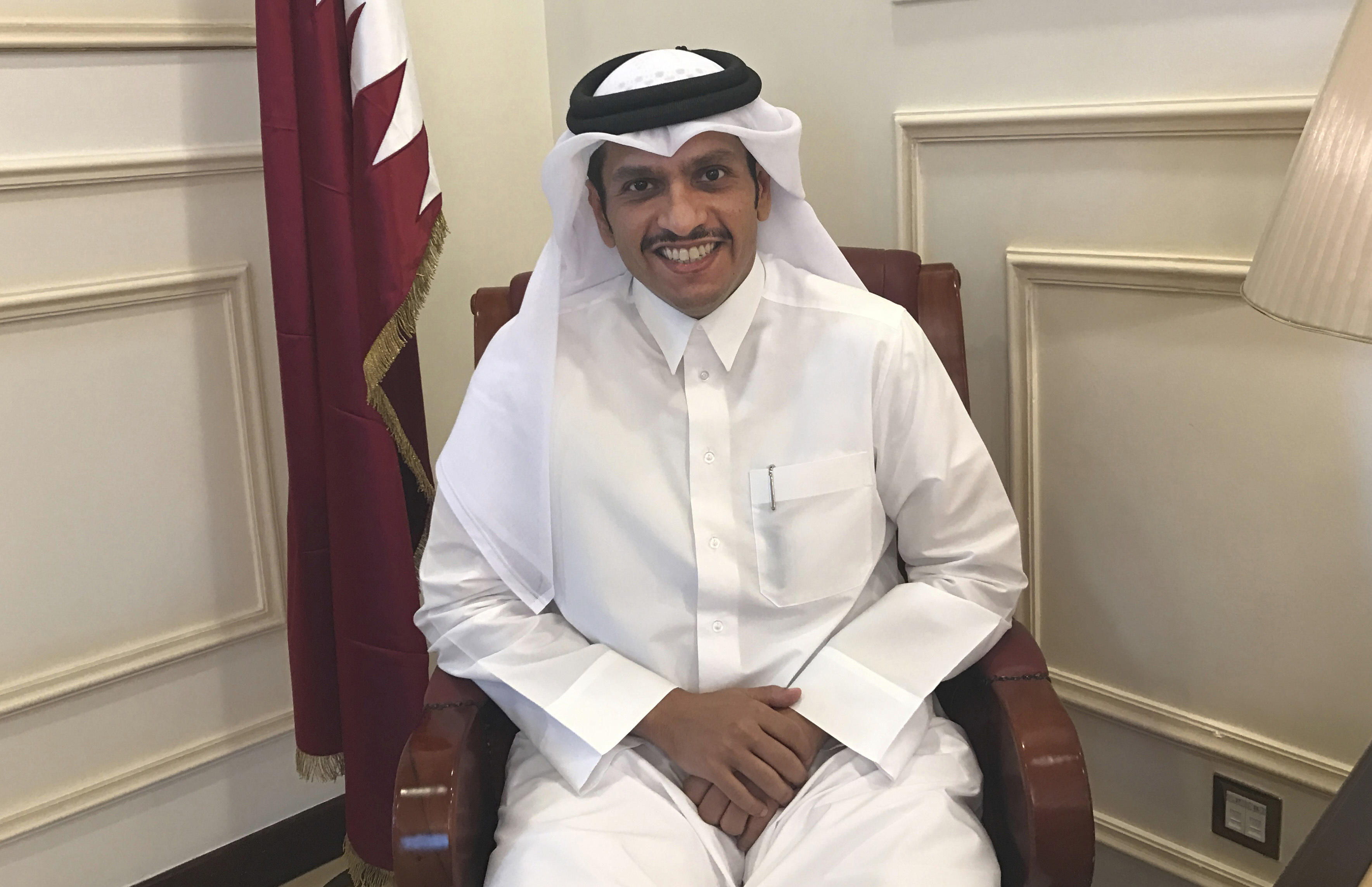 DOHA, Qatar -- Arab states have no right to "blockade" Qatar, the country's top diplomat said Thursday, insisting the campaign by Saudi Arabia and its allies to isolate the tiny, energy-rich nation is based on "false and fabricated news."

In a wide-ranging interview with the Associated Press, Qatari Foreign Minister Sheikh Mohammed bin Abdulrahman Al Thani repeatedly denied that his country funded extremists and he rejected the idea of shutting down its Al-Jazeera satellite news network.

He said Qatar, as an independent nation, also had the right to support groups like the Muslim Brotherhood, despite the fact that its neighbors outlawed the Sunni Islamist organization.

Sheikh Mohammed's hard line mirrored that of a top Emirati diplomat who told the AP on Wednesday that the United Arab Emirates believes "there's nothing to negotiate" with Qatar.

Saudi Arabia, Egypt, Bahrain, the United Arab Emirates and other countries severed diplomatic ties with Qatar earlier this week and cut off air, sea and land travel to the peninsular nation.

Kuwait's emir is working to mediate the Gulf crisis around Qatar, which is home to a major U.S. military base and is the host of the 2022 FIFA World Cup.

"If anyone thinks they are going to impose anything on my internal affairs or my internal issues, this is not going to happen," Sheikh Mohammed said.

Worried residents have responded to the crisis by emptying grocery stores in the capital of Doha, and Saudi Arabia has blocked trucks carrying food from entering the country across its only land border.

Doha is a major international travel hub, but flag carrier Qatar Airways now flies increasingly over Iran and Turkey after being blocked elsewhere in the Middle East. On Wednesday, Emirati officials shut down the airline's offices in the UAE.

Al-Jazeera's offices have been shut down by authorities in Saudi Arabia and Jordan. Turkey's parliament, on the other hand, has approved sending troops to an existing Turkish base in Qatar as a sign of support.

He added: "I don't know in which century we are living. Are we living really in the 21st century?"

Throughout the interview, Sheikh Mohammed repeatedly denied that Qatar funded extremists and terrorist groups, the main reason given for this week's moves against it. Western officials long have accused Qatar's government of allowing or even encouraging the funding of some Sunni extremists, and the Qatari government has openly supported the Palestinian militant group Hamas.

But Sheikh Mohammed told the AP that Sheikh Tamim "is not going to leave the country while the country is in blockade," in effect turning down the mediation offer.

Analysts have raised the prospect of a palace coup in Qatar, a hereditary monarchy with a history of such changes in leadership.

Qatar has yet to receive any list of demands from the Arab countries that have cut ties, Sheikh Mohammed said. That's even after Kuwait's emir Sheikh Sabah Al Ahmad Al Sabah flew to Qatar to discuss the crisis with officials.

The crisis began in part over what the Qataris described as a false news report planted during a hack of its state-run news agency.

An initial report from Qatar's Interior Ministry late Wednesday said the website of the Qatar News Agency was first hacked in April with "high techniques and innovative methods." It said hackers installed a file and then published a fake news item attributed to Sheikh Tamim just after midnight May 24.

The fake article quoted Sheikh Tamim as calling Iran an "Islamic power" and saying Qatar's relations with Israel were "good" during a military ceremony. The report was widely picked up by regional media outlets, which continued circulating it after Qatar's denial.