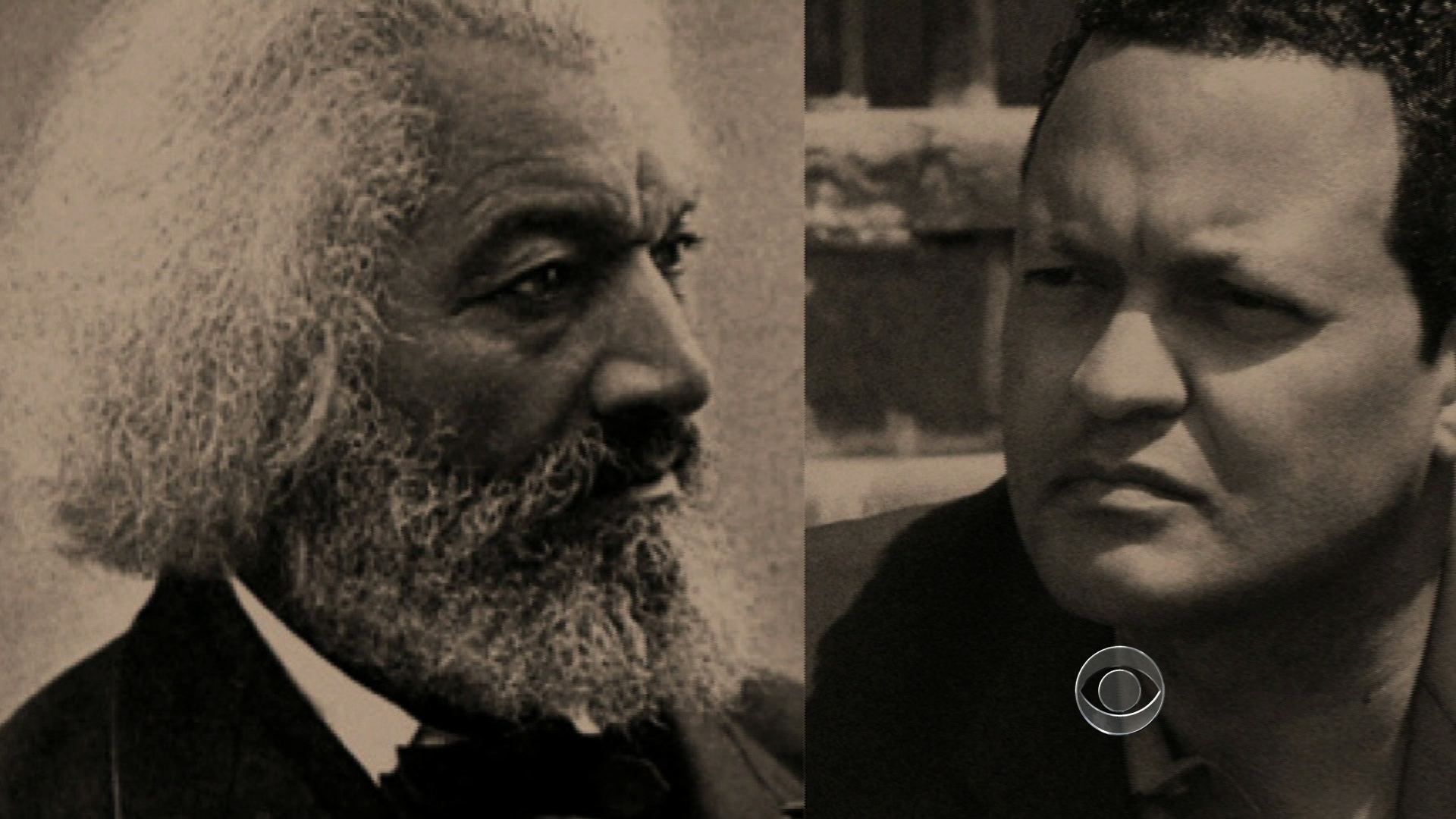 (CBS News) WASHINGTON - In commemoration of Juneteenth, the day in 1865 that the last of the slaves were declared free, a statue was unveiled at the Capitol's Emancipation Hall of the Fredrick Douglass. The great African-American speaker and writer escaped slavery as a young man and devoted his life to ending it, becoming an adviser to the man who did: Abraham Lincoln.

No doubt the sight of Frederick Douglass' statue stirred deep feelings for many in the capitol today.

But perhaps they reached deepest for Ken Morris.

That's right -- Morris descends from not one historic African-American leader -- but two.

Not that he always embraced his bloodlines.

"Can you imagine growing up and you see your ancestors, there are bridges named after them, they're on schools and libraries. It can be pretty intimidating and that's a quite a vast long shadow to grow up in," said Morris.

Morris avoided the shadow while building a successful marketing career.

Until a buddy passed along a magazine -- and Morris felt a pull he could not ignore.

"The cover story was of 21st century slaves, and I reacted the I think most people do," he said. "Slavery didn't end with the work of Frederick Douglass, and I have two teenage daughters who at the time were 12 and 9 years old. I got up and I walked into my girls' room, and I found that I couldn't look them in the eyes and not do anything."

"Each and every one of us descends from somebody that made a difference," said Morris.

The Frederick Douglass Family Initiatives was born to teach children about the 27 million people enslaved worldwide.

"When he passed away in 1895 he thought slavery had ended,but the fact is, it still exists so I would imagine he would expect his descendants to continue the fight," said Morris.

Which is why Morris is heading back to the family business and hopes all of us will profit.