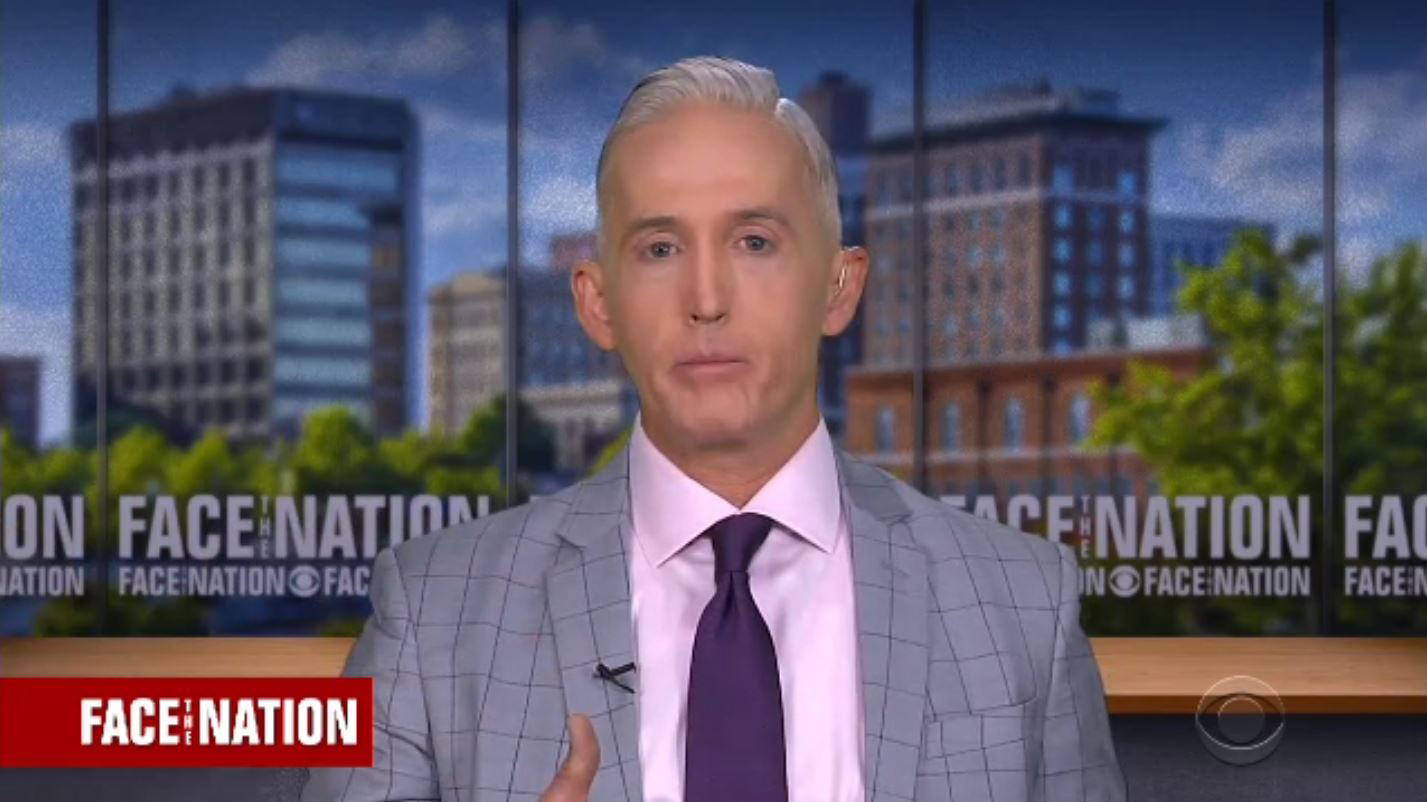 The following is a transcript of the interview with Republican Rep. Trey Gowdy of South Carolina that aired Sunday, Nov. 25, 2018, on "Face the Nation."

MARGARET BRENNAN: We know that Congressman. A subpoena was sent to fired FBI Director James Comey calling for him to testify before your committee. He's objecting to the format saying this has to be in public. It can't be in private because information will be selectively leaked. I know on this program in the past you have said that Congressional investigations, "leak like the gossip girls." Do you think that comes right to object?

REP. GOWDY: You know, Margaret, I don't get a chance to say this very often, but I do think Jim Comey is right. Leaks are counterproductive whether Jim Comey is doing it, whether the FBI is doing it, or whether Congress is doing it. The remedy for leaks is not to have a public hearing where you are supposed to ask about 17 months worth of work in five minutes. I think the remedy is to videotape the deposition. Videotape the transcribed interview. That way the public can see whether the question was fair. They could judge the entirety of the answer. But there is no fact finder on- on the planet that tries to discover the truth in five minute increments. And I can't think of one that does it on national television. So we have to do it the same way we've handled every other witness which is a transcribed interview a deposition. I am sensitive to leaks. I hate leaks. I think they undercut the- the authenticity of the investigation but the remedy is not to have a professional wrestling- type carnival atmosphere which is what Congressional public hearings have become.

MARGARET BRENNAN: Well how would a tape deposition change that? I mean his concern is that he's implying that this is just be political grandstanding.

REP. GOWDY: Well, people act differently when there aren't cameras in the room. Trust me when I say that. There are very constructive interviews when there is no camera. What I would propose - and Bob Goodlatte is the chairman he- he can decide - what I would propose is videotape that interview from pillar to post. Scrub it for classified information in case somebody inadvertently asks or answers and then release it to the public. Release the entire interview but do not make members of Congress question someone that Democrats think cost Hillary Clinton the election. And Republicans have a lot of questions for. Do not ask us to limit 17 months worth of decision making to five minutes of questions no other serious fact finder tries to do it in five minutes. So I don't know why Congress thinks it can.

MARGARET BRENNAN: Is that a formal offer to Mr. Comey?

REP. GOWDY: Oh if I were the chairman of Judiciary it would be a formal offer. I- I think Bob Goodlatte- Bob Goodlatte hates leaks every bit as much as I do which is why he doesn't do it.

REP. GOWDY: But he also is not going to let Jim Comey who by the way the FBI has never conducted an interview in public. Never. And he wasn't interviewed by Mueller in public. So the notion that Jim Comey all of a sudden loves public interviews he hadn't done it his entire career. So Bob Goodlatte will decide and it won't be Jim Comey.

MARGARET BRENNAN: You've also put in a request this week to the White House for more information about why Ivanka Trump, a presidential adviser and obviously the president's daughter, was using private email for government- government business. People remember you well from the probe you lead into Benghazi that helped to uncover Hillary Clinton's use of private email. At the time you said that there should be prosecution of her for divulging classified information or in any way mishandling it. Would you similarly call for that kind of prosecution of the president's daughter?

REP. GOWDY: Well I will defer to whatever tape may exist but I have assiduously tried to avoid ever calling for the prosecution of anyone including Hillary Clinton. And I'm pretty sure that's true because I've had a lot of Republicans upset with me. They're two separate issues, the divulging of classified information is a crime using personal email upon which to conduct public business is not a crime. You're not supposed to do it. It's not best practices. It actually violates statutes and regulations. Pub- Public work is-is a privilege and-and part of that is you give up the right to use your private email to conduct government work. So you should keep record. Ms. Clinton should do it, Eric Holder. Everyone throughout government who conducts official business should use official email. If you don't then you should take other steps to safeguard it. And- and that's what we need to know from Mr. Trump but I've never called for Hillary Clinton to be prosecuted and I couldn't possibly have done it for using private email because it's not a crime.

MARGARET BRENNAN: Mishandling classified information. I think some have interpreted your past statements about that to have called for further actions but in this case the president has already said for Ivanka Trump that he thinks there is nothing to see here. Are you concerned that he is saying that at this point before there is an investigation by your committee?

REP. GOWDY: I am concerned anytime any president prejudges the outcome of an investigation. Whether it's President Obama, whether it's President Trump. I've already talked to Ms. Trump's attorney. I've already talked to Mr. Cummings. We've already written a letter to the White House. Congress has a responsibility to make sure that the records and the Presidential Records Act is complied with and that is true no matter-no matter who the person is, whether it's Secretary Clinton or whether it's Tom Perez or whether it's Ivanka Trump. So we've taken steps, we've done more in the last week than in some of my house Democratic colleagues did the entire time we were looking into Benghazi. So I'm at peace with what we've done but we need the information and we need it quickly. And then the public can judge whether or not those two fact patterns are similar.

MARGARET BRENNAN: I want to also ask you before you go. You're an attorney, you're a former federal prosecutor. Do you agree with the very unusual public statement that we heard this week from Chief Justice John Roberts who rebuked the president in many ways saying, "we do not have Obama judges or Trump judges Bush judges or Clinton judges." Do you share his concern that the judiciary is being politicized?

MARGARET BRENNAN: All right. Congressman Gowdy, good to talk to you. Thanks for joining us today.