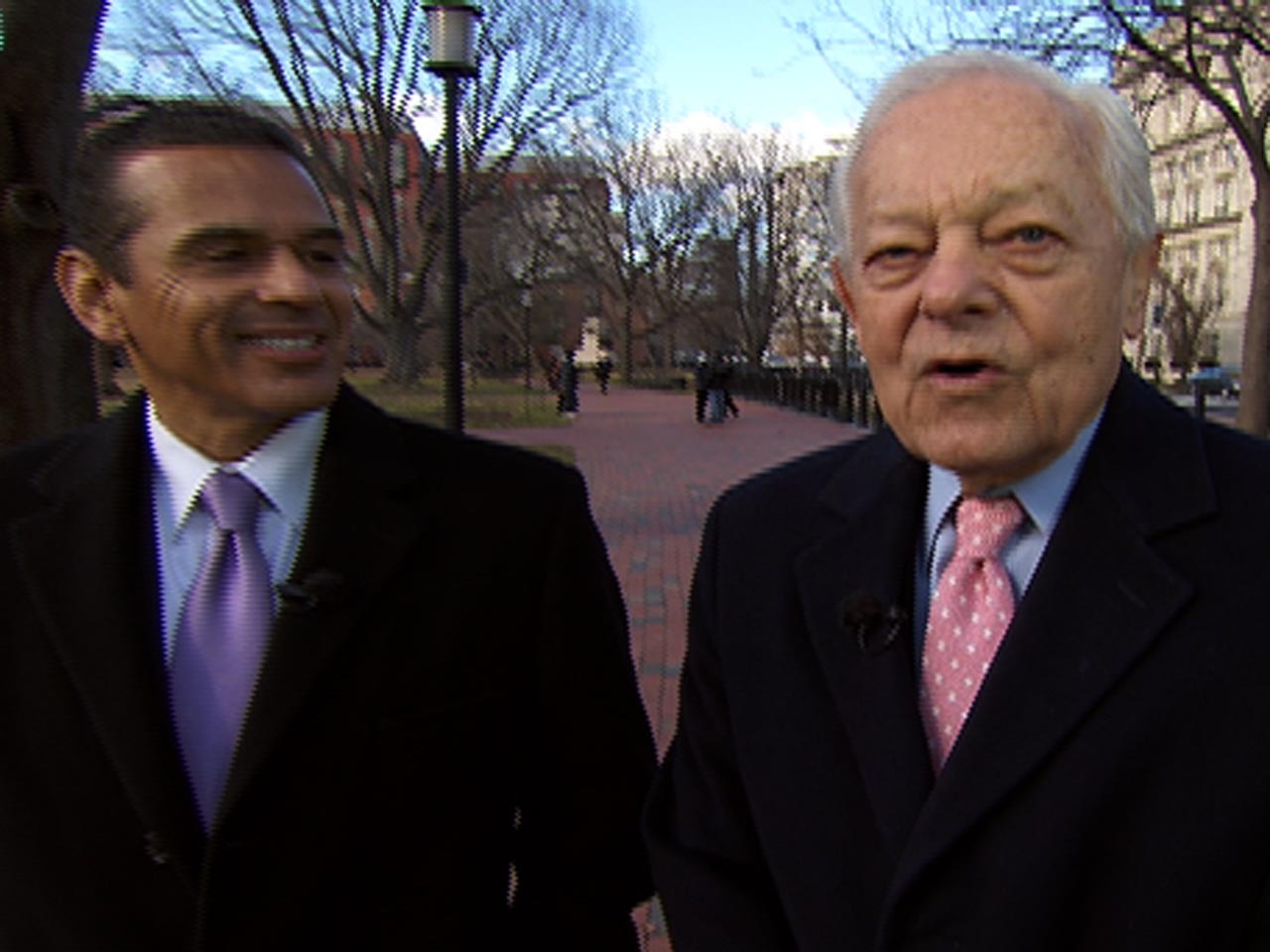 Bob Schieffer: Hi, I'm Bob Schieffer and this is FACE to FACE, our midweek web edition from the people at FACE THE NATION and our guest is the Mayor of Los Angeles, Antonio Villaraigosa.

Antonio Villaraigosa: Great to be here.

Bob Schieffer: I want to ask you first, what did you think yesterday when you heard that Mitt Romney was in the 15 percent tax bracket?

Antonio Villaraigosa: Well I wasn't surprised and I think that's probably why he hasn't wanted to do what virtually every presidential candidate that I can remember has done and that is share their tax returns with the American people.

Bob Schieffer: You know a lot of the debate this year in the Republican primary and caucuses has been about immigration. How is that sitting with the Hispanic voters?

Antonio Villaraigosa: Well, one of the things that I've noticed in these debates is that they seem to be from, the conversation seems to be from another planet. Everybody I talk to is talking about jobs and job creation. Everybody that I talk to, mayors across the country, they're talking about how we can partner together to put people back to work and yet what you hear a lot from these candidates are culture wars, the strident, the polarized debate around issues that are important but certainly not as important as job creation.

Bob Schieffer: Well that's why you're here in Washington, the conference of mayors is meeting here. What do you think would be the best thing, or is there any one thing, that the government could do to kind of jumpstart this ecnomy and get people  back to work?

Antonio Villaraigosa: Well they could pass the President's job plan. What we saw last summer was a house leadership that was ready to take us to the brink of default. What we saw was a super committee that didn't live up to its name, failed to find a middle ground. You know the vast majority of mayors, and certainly I believe the vast majority of the American people are looking for solutions. They're tired of orthodoxy and ideology. I think the Congress has an 11 percent rating because they just haven't done their job. If you were to give a grade for last year's session, I think you'd have to say "F" for failure. They need to pass a jobs agenda, pass the payroll tax cut, pass the surface transportation bill. They need to put people back to work. Yes, we need to cut our deficit but we need to do it in a smart way. We need to close tax loopholes and have the revenues we need to make the investment in our infrastructure, in our schools. We've got to put people back to work and that's got to be our number one job.

Bob Schieffer: Let me ask you this, what could the Congress do to work together. I mean, back you've been in California politics a long time, what did you do to get people to work together?

Antonio Villaraigosa: Let's see, it's interesting that you asked that question because I was asked that question just a couple of minutes ago. When I was Speaker of the Assembly in California in 1998 the first thing I did was, Democrats used to sit on one side of the aisle, Republicans on the other, I sat them together. I gave Republicans and the Republican leaders for the first time the ability to name all their own vice chairs, the speaker used to name the chairs and vice chairs of both parties. I gave them what they called more proportionality of resources. The majority party usually wants all the resources for their members and I shared those resources and what we said was let's have civil debate. When I left the speakership I said that you know, I'd learned a lot in the six years I was in the legislature. I learned that there were Democrats who I vote with every day who I wouldn't invite to my home for dinner, and that there were Republicans who I never vote with who I would. People are people, and I think the vast majority of the American people are looking for people who can work together to come up with the solutions to the problems that we face. Unfortunately what you see a  lot, particularly here in Washington, but also in our state capitals, is too much in the way of partisanship, putting party before country. Too much in the way of vitriol and not enough in the way of job creation and solutions.

Bob Schieffer: Alright, let's get the jobs back.  How do you do that? What's the first thing that ought to be done?

Bob Schieffer: Let me just ask you this. I don't think Congress is going to spend any  more money. What could they cut to put more money into these transportation programs that you think are so important?

Antonio Villaraigosa: Well, war spending. Look, we've said, by the way on a bipartisan basis, that we need to accelerate the withdrawal not just from Iraq but also from Afghanistan. We can't continue to pay the kind of money that we're paying that we could be investing in our cities and as I've said, we can't build hospitals in Kandahar and not Kansas City. We can't build roads as we were in Baghdad and not Baltimore. We can make those investments. We must make those investments. We can close tax loopholes to generate more revenue. You know when all of this debate about taxing millionaires and all the rest of it, I tell people you know hold it, we've always stood for the proposition --  and even the debate around Mitt Romney's tax rate is about the basic notion that our tax rate ought to be fair. That if you make you know $30,000 then you shouldn't pay more than somebody who makes $300,000. That's not class warfare that's just fair. That's commonsense. We've got to get to commonsense again. And I think those are some of the things that we could do to help create jobs and make investments.

Bob Schieffer: Mr. Mayor thank you so much. I'm Bob Schieffer and this has been FACE to FACE. Don't forget to watch FACE THE NATION on television this Sunday.

DOJ investigating Buffalo shooting as a hate crime
Thanks for reading CBS NEWS.
Create your free account or log in
for more features.
View CBS News In
CBS News App Open
Chrome Safari Continue
Be the first to know
Get browser notifications for breaking news, live events, and exclusive reporting.