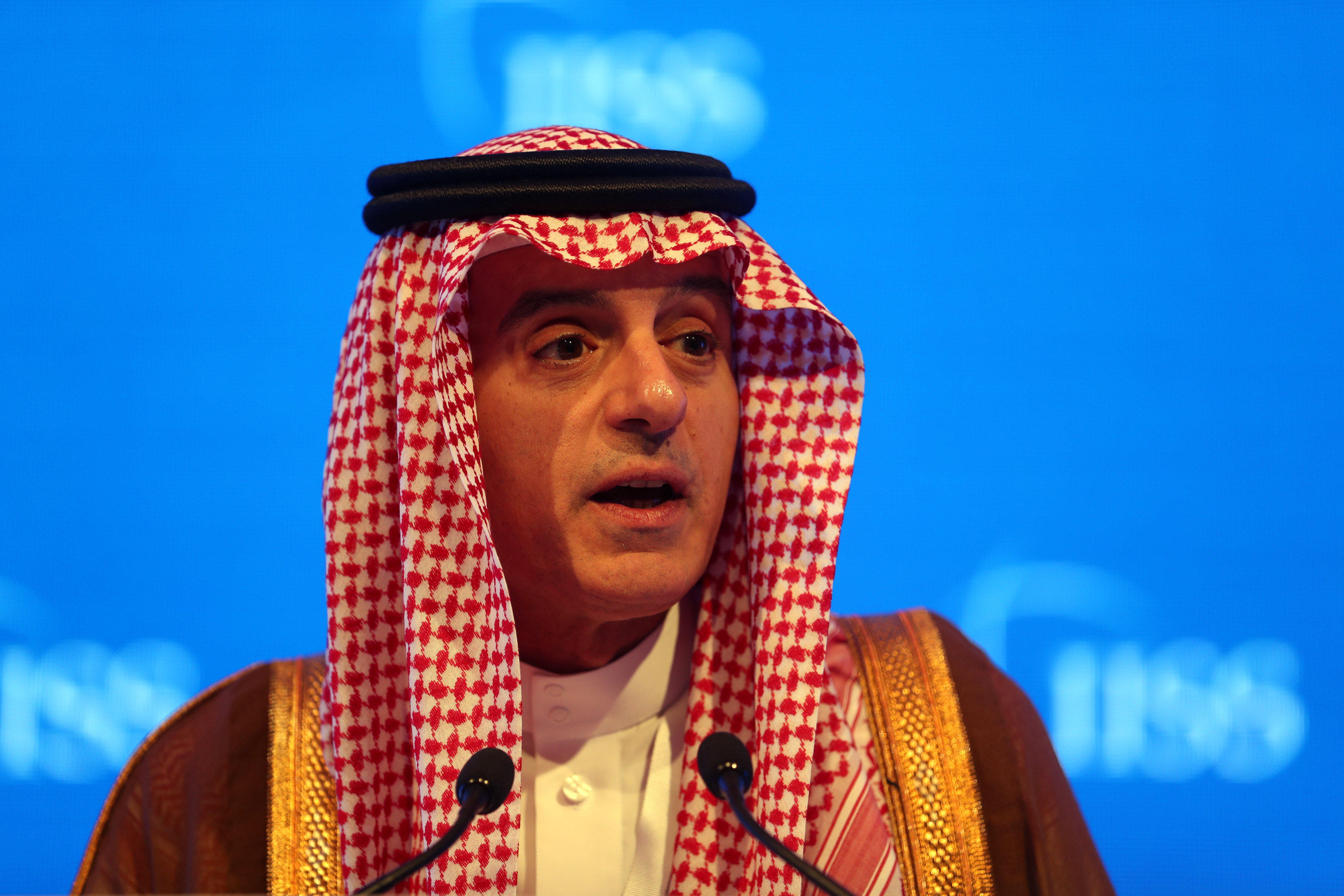 Responding to congressional efforts this week to sanction Saudi Arabia over the murder of Jamal Khashoggi and the kingdom's role in the bloody conflict in Yemen, top Saudi official Adel Al-Jubeir accused legislators of "providing ammunition to the 'death to America' crowd."

"I find it very strange that members of Congress would try to curtail allies like Saudi Arabia and the United Arab Emirates in trying to push back against terrorist organizations supported by Iran and Hezbollah," Al-Jubeir, the Saudi minister of state for foreign affairs, told "Face the Nation" moderator Margaret Brennan as part of an interview that will air Sunday.

Democratic and Republican lawmakers reintroduced legislation Thursday to impose sanctions on anyone found responsible for the death of Khashoggi, which senators last year blamed on Saudi Crown Prince Mohammed bin Salman. Congress could also curb weapon sales to the kingdom, as Saudi Arabia's critics have long called for.

The "Saudi Arabia Accountability and Yemen Act of 2019" renews a similar bipartisan push that stalled in the previous Congress, after President Trump sounded his opposition and the then-Republican-led House blocked a vote on the measure.

"From the war in Yemen that has become a humanitarian disaster to the brutal murder of journalist Jamal Khashoggi, Saudi Arabia has committed egregious and unacceptable violations of human rights," Maine Republican Sen. Susan Collins said in a statement Thursday, supporting the measure.

For years, millions of Yemeni civilians have been caught in the crossfire of a brutal Saudi-led offensive against Iran-backed Houthi rebels in the peninsula. The conflict has driven the Arab nation into the world's worst humanitarian crisis in history, with some 14 million on the brink of starvation. An estimated 85,000 children have already died from extreme hunger and disease, the Save the Children charity estimates.

On Thursday, the United Nations condemned the Houthis for blocking access to unused humanitarian aid with the potential to feed millions of starving Yemenis.

"Enough grain to feed 3.7 million people for a month has sat unused and possibly spoiling in silos at the mills for more than four months," U.N. humanitarian chief Mark Lowcock warned in a statement, calling on the Houthis to allow access to the silos.

Al-Jubeir echoed the U.N.'s blame for the Houthis, vowing that Saudi Arabia would "absolutely" allow passage of food through ports in Yemen.

"We're the ones that are providing the largest amount of humanitarian assistance to Yemen of any country in the world," Al-Jubeir told Brennan.

"We've provided $13 billion dollars, plus, in assistance to Yemen over the last four years. And we will continue to provide assistance to the Yemeni people."