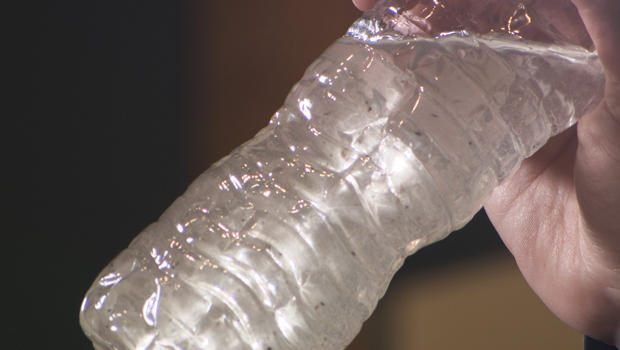 COVER STORY: The Flint water crisis | Watch Video
Martha Teichner talks with the whistleblower who exposed the dangers posed to residents of Flint, Michigan, by the very water they drank.

BOOK EXCERPT: "What the Eyes Don't See"
Writing on the public health crisis affecting Michigan residents, pediatrician Dr. Mona Hanna-Attisha says that resilience "isn't a trait that you have or don't have. It's learned."

FATHER'S DAY: How to dress like a dad | Watch Video
Father really does knows best when it comes to fashion sense, as "dad style" takes hold. Mo Rocca reports.

MUSIC: Rory Feek and family | Watch Video
Anthony Mason catches up with country musician Rory Feek, now planning a return to the stage after the 2016 death of his wife and musical partner, Joey Feek.

"It's been two-and-a-half years since Joey passed away," he told Mason. "I feel just as married and just as in love. And I feel like she's just as much a part of our life as she was."

WEB EXTRA VIDEO: Rory Feek performs "Hard to Be Cool (In a Minivan)"

WEB EXTRA VIDEO: Rory Feek and Firekid perform "If I Needed You"

BIG TOP: Meet the man who ran away and built a circus | Watch Video
The Ringling Bros. and Barnum & Bailey Circus is no more, having given its last performance in May 2017. So, how can young people now dream of running away to a life under the big top? Kevin Venardos tells NPR's Scott Simon why he created his own one-ring circus that he takes around the country in a 28-foot long truck. He also remembers his father, Lane Venardos, a CBS News executive who died in 2011, and their shared love of trains.

HARTMAN: A history lesson (Video)
Ten-year-old Sarah Haycox says she was just walking through a park in Shoreline, Wash., about a year ago when she came across a plaque paying tribute to Edwin T. Pratt, who died in 1969 at age 39. She assigned herself the task of finding out who Pratt was, and her investigation led to a pretty impressive history lesson for her community. Steve Hartman reports.

To watch a trailer for "Ant-Man and the Wasp" click on the video player below:

BOOKS: Seymour Hersh on the life of a "Reporter" | Watch Video
David Martin sits down with Pulitzer Prize-winning investigative journalist and political writer Seymour Hersh, author of a new memoir.

OPINION: Carl Hiaasen's pep talk for grads: Assume the worst | Watch Video
Author Carl Hiaasen has thoughts to share with his son – and us – timed perfectly for Father's Day and commencement season.

CALENDAR: Week of June 18 | Watch Video
"Sunday Morning" takes a look at some notable events of the week ahead. Jane Pauley reports.

NATURE: Komodo dragons (Extended Video)
We leave you this Sunday Morning at Komodo National Park in Indonesia, home to the legendary Komodo dragon, and a vast array of sea life. Videographer: Mauricio Handler.

NATURE UP CLOSE: The carnivorous Butterwort plant (with video)
Plants that don't rely on photosynthesis for nutrients can employ some tricky tactics to catch a meal.

"Sunday Morning" also streams on CBSN beginning at 9:30 a.m. ET and at 1 p.m. ET.  Full episodes of "Sunday Morning" are now available to watch on demand on CBSNews.com, CBS.com and CBS All Access, including via Apple TV, Android TV, Roku, Chromecast, Amazon FireTV/FireTV stick and Xbox.

WE'LL SEE YOU ON THE RADIO: "Sunday Morning" is now available to CBS News Radio listeners.