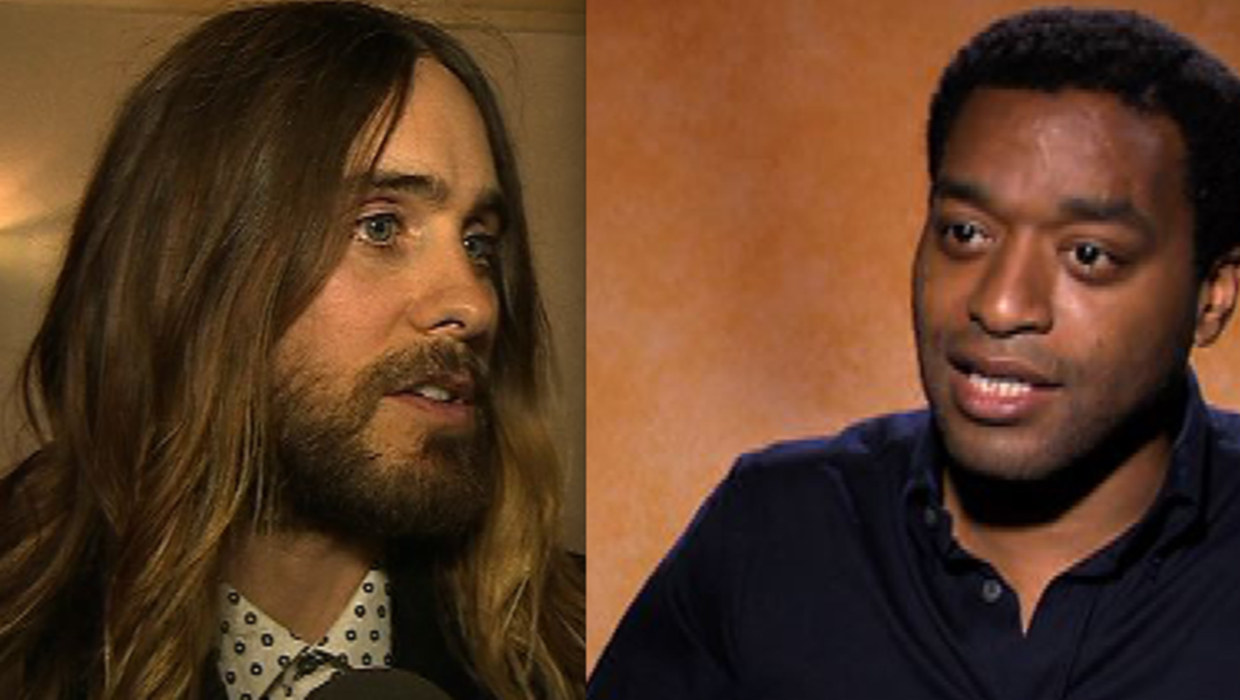 Oscar fever is intensifying in the final days leading up to the 86th Academy Awards.

Ellen DeGeneres and the telecast's producers have been busy rehearsing at the Dolby Theatre for Sunday's ceremony, often described as Hollywood's biggest night.

Over the last several months, many of the nominees have spoken to CBS News about their performances and films now being honored by the Academy of Motion Picture Arts and Sciences, which hands out the Oscars.

Ejiofor revealed that he initially had second thoughts about taking on such a heavy role.

"There was a lot to achieve," Ejiofor said, "I sort of was aware of the weight of responsibility, to the degree that it actually gave me pause about diving into this thing."

It's a good thing that he didn't act on his gut, as the Northup role now stands as the most celebrated performance of his career to date.

More in The Academy Awards

Ejiofor's co-star, Lupita Nyong'o, could also score an Oscar -- in the best supporting actress field -- for her portrayal of Patsey, a slave who is brutally beaten by her master (Michael Fassbender).

Cate Blanchett is nominated for the best actress Academy Award for her turn as a crazed former socialite in Woody Allen's "Blue Jasmine." Blanchett said she accepted the role before reading the script.

"Well, when Woody called and said he had a script, I just decided I was going to do it," the Australian actress said, "And then you hope it's a good one."

Jared Leto has been the favorite among this year's best supporting actor nominees. He's been garnering strong acclaim for playing Rayon, a transgendered AIDS patient in "Dallas Buyers Club." The 30 Seconds to Mars frontman described the experience turning into Rayon as "painful."

"That's the reason why I took the role, because it was such a challenging part," he said.

Watch the video at the top of this story to see what other nominees, including Bradley Cooper and U2, had to say about their works that will be celebrated at the 86th annual Academy Awards, airing live this Sunday, March 2 at 7 p.m. ET on ABC.