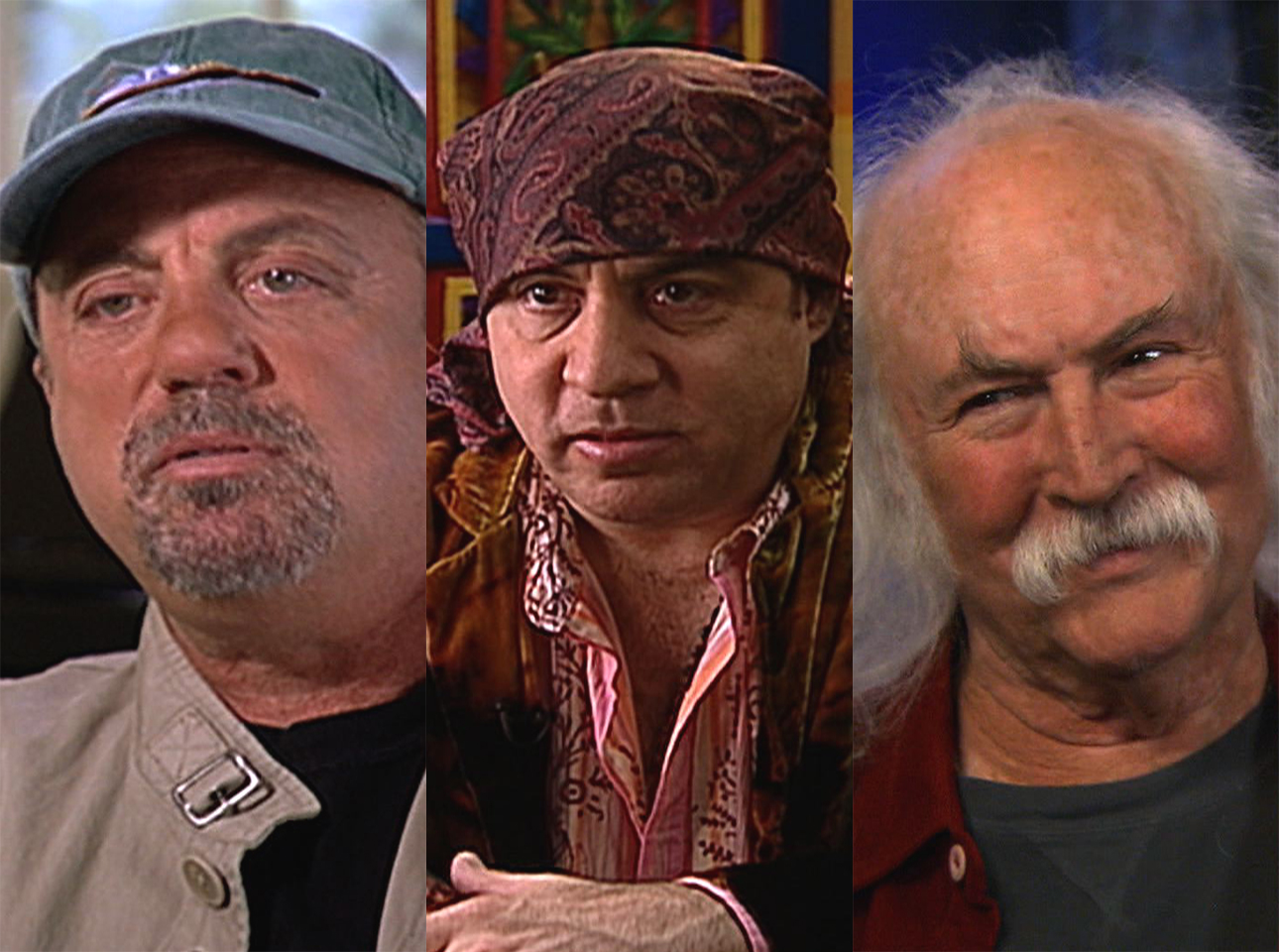 When The Beatles burst on the scene 50 years ago, many of our greatest young rock musicians-to-be were listening -- and with songs such as "All My Loving," they inspired performers who entertain to this day. Here's Anthony Mason:

When the Fab Four were first beamed out over the airwaves, it wasn't just that America discovered The Beatles, but that a whole new generation of musicians discovered themselves.

On Long Island, Billy Joel was 14: "The Beatles came along in February of '64 and bang! Everybody went crazy.

In New Jersey, Steve Van Zandt was 13: "February 9th, 1964, it all began for me." What he saw that night was "hope, for myself. Suddenly, maybe there's hope for my life. Because I didn't fit in anywhere. And I was starting to get concerned!"

He told Mason that he didn't know, until he saw The Beatles on TV, "that I could actually try and make a living out of doing this, make a career out of it."

Van Zandt said that on the day before The Beatles played "The Ed Sullivan Show," "there wasn't a single rock and roll band in America. And February 10th, everyone had one."

In Seattle, young Robert Cray decided he wanted a guitar that day. "The girls were screaming at The Beatles," he laughed. "As an 11-, 12-year-old kid, by the time I got the guitar, I wanted that, too."

In California, David Crosby was 22 and already a musician when he saw "The Ed Sullivan Show." That summer he went to see The Beatles' first film, "A Hard Day's Night," with Roger McGuinn and Gene Clark of The Byrds. "We were in the process of putting the Byrds together already," he said.

He told Mason The Beatles had "a tremendous amount" of influence on The Byrds. "We went out and got the same guitars," Crosby said. "I got a Tennessean, just like George had. And we started to figure it out: 'How do you hold an electric guitar when you're playing?'"

"So you hadn't played electric guitar at that point?" Mason asked.

"No, hell no! I was a folky. And if you'd seen me in front of a mirror trying to figure out how to hold an electric guitar and play rock and roll, it was hysterical!"

By the end of the summer, The Byrds were a band, their name deliberately misspelled (like The Beatles), and the following year they would tour England:

But The Byrds and The Beatles became friends. Crosby admired their irreverence, especially with the media, and went to press conference with George Harrison to study them. [At a press conference in Los Angeles in 1966, you could see Crosby in the back corner of the room.]

"What did you like that they did?" Mason asked.

"They had a humor about it, and they weren't confrontational, but they were smarter than the guys who were trying to interview them," Crosby said.

If kids embraced The Beatles, even as late as 1967 adults were still suspicious. In a CBS News documentary that year, "Inside Pop: The Rock Revolution," the legendary conductor and composer Leonard Bernstein tried to allay the fears of the older generation: "I think this music has something terribly important to tell us adults, and we would be wise not to behave like ostriches about it. Besides, as I said, I like it."

At America's other new musical force in the '60s, Motown, The Beatles were respected competition:

"They were soulful in their own way, from their heart, and I liked that," said Valerie Simpson.

She wrote "Ain't No Mountain High Enough" and many other hits for Motown with her late husband, Nick Ashford. But on her 1971 solo album she recorded The Beatles' "We Can Work It Out."

"I loved the idea, Life is very short, And there's no time for fussin' and fightin'," she said.

"And you play that just about every week?" Mason asked.

"Yeah, in the Sugar Bar we have we use that as a closer, not an Ashford & Simpson song," Simpson said. "We use that song, and I always slow it down.

"I play it so much, I actually think I had something to do with it!" she laughed. "That's what happens with a great song. You think you wrote it!"

That February night 50 years ago was like a birthday for a generation of American musicians -- a birthday they are still celebrating.

Mason asked, "I wonder if it ever will?"

"Not in my heart," Cray replied.