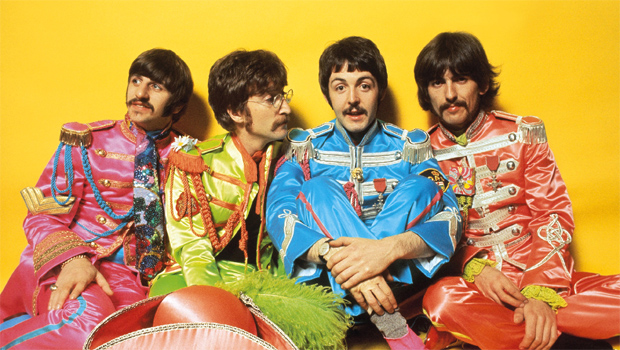 All told, the Beatles have sold 1.6 BILLION singles in the United States, and 177 million albums.

The number of Beatles singles to reach Number 1 on the "Billboard Hot 100" is 21, the most of any band.

Of their singles, "Hey, Jude" enjoyed the longest run on the charts -- 23 weeks in all.

The number of Beatles albums that reached Number 1 in the United States: 25.

The number of times "Yesterday" has been covered by other artists is over 3,000, making it the most-covered song of all time.

The Beatles received 8 Grammy Awards, an Academy Award for Best Original Movie Score (for "Let It Be"), and collectively they're included in Time magazine's compilation of the 20th Century's 100 most influential people.

And for how long did The Beatles have nothing but love?  "Eight Days a Week."