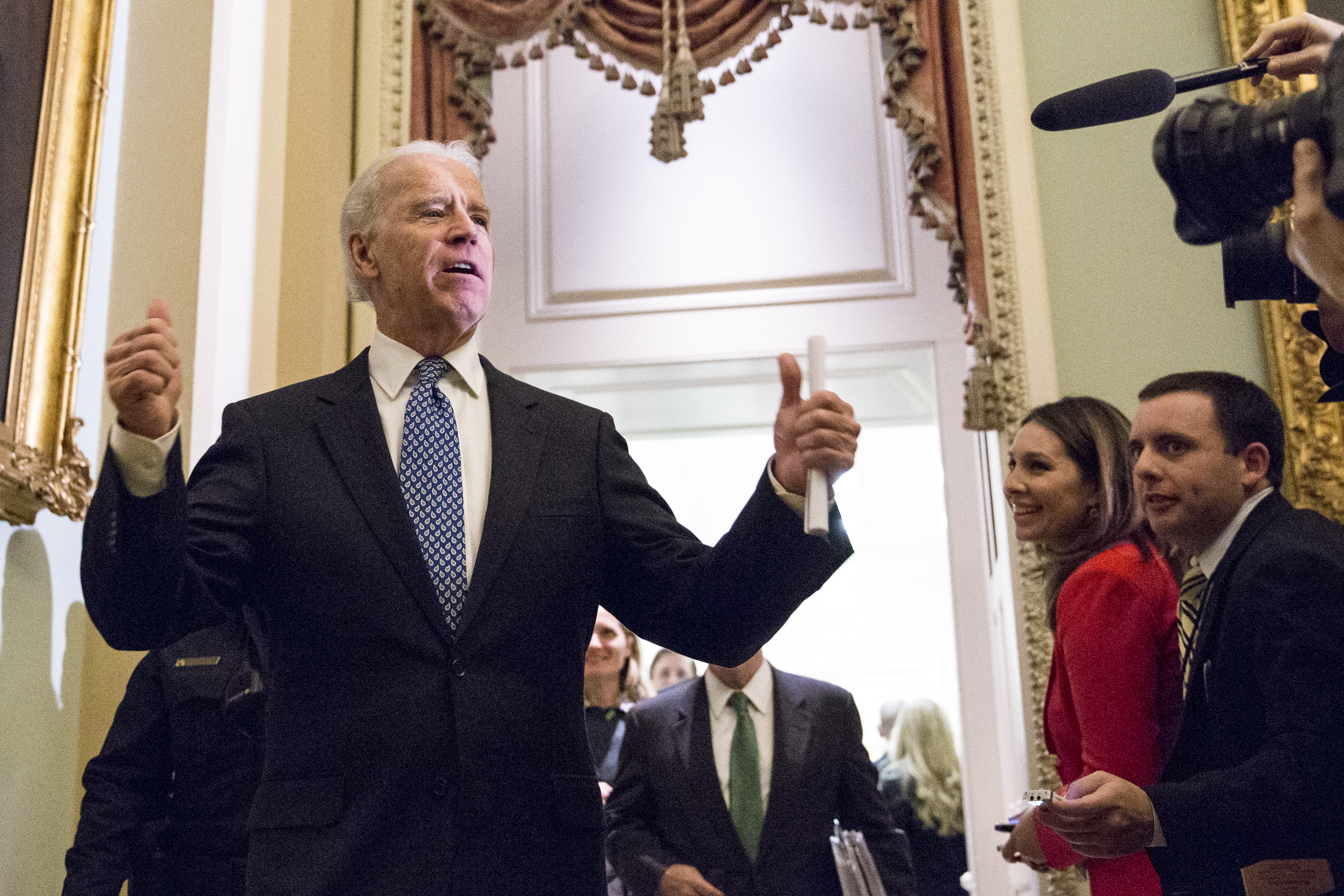 Nobody said it would be easy.

Senators voted in the pre-dawn hours of New Year's Day to pass the long-sought agreement on the "fiscal cliff" and the House readies for its turn as soon as today, which, if the House passes it, would officially avert the tax hikes and spending cuts that technically took effect at midnight (the deal, when signed by the president, will make the new tax rates and spending retroactive to midnight).

How did the politicians involved get to their final agreement? Here's the rundown, according to officials familiar with the talks and with the White House's thinking:

Friday through Sunday: Senate Minority Leader Mitch McConnell's opening offer Friday night to Senate Majority Leader Harry Reid was a $750,000 income tax threshold and no jobless benefits and no extension of the earned-income tax credit and other low-income tax breaks, means-testing Medicare, and the Bush era estate tax rates. Offers bounced back and forth Saturday and on Sunday, Reid opted out and handed talks over to Vice President Joe Biden (at McConnell's suggestion). President Obama, Reid and House Minority Leader Nancy Pelosi were in tandem through the talks. Delaying the federal spending cuts, or sequester, fell out of the talks on Sunday but McConnell came down to $550,000 in income tax threshold and some estate tax concessions reflected in the final deal.

Sunday, 8 p.m. ET: Mr. Obama and senior staff met in the Oval Office to discuss their final counter-offer to McConnell. The president set the $400K and $450K income threshold with one-year of jobless benefits and some delay of the sequester. Biden and McConnell talked through the night. Their last call was at 12:45 a.m.

After that, Mr. Obama and Biden met in the Oval until 2 a.m. to go over final details. Mr. Obama sent his legislative liaison Rob Nabors to Capitol Hill at 2 a.m. to begin drafting a bill with Senate Democrats. Biden and McConnell spoke again at 6:45 a.m. The rest of Monday was devoted to resolving the sequester impasse.

Monday, 9 p.m. ET: Biden and McConnell sealed the deal by telephone (Biden spoke to McConnell after clearing final details with Mr. Obama). The president then called Reid and Pelosi for one final OK and the deal was announced/leaked/confirmed.

The officials also pointed out that to get to the final deal, moving Republicans from a position of no tax increases in debt ceiling debate to tax increases through tax reform after Mr. Obama's re-election to nothing more than $1 million in higher rates and now to $400,000 and $450,000 thresholds is a significant policy and political victory (worth $620 billion over 10 years).

When the big deal talks failed before Christmas, Mr. Obama's biggest goal was to get GOP buy-in on higher tax rates for the wealthy. It is regarded as one of the most significant policy victories in two decades, the officials said.

Compromising on the two-month sequester was difficult, the officials added. The White House wanted a full year of waiving the sequester but there was no time to negotiate the difficult policy details (the sequester talks took literally all of Monday).

As for the deal's effect on the deficit, it does not cut the deficit relative to what would have occurred if all the fiscal cliff tax cuts had been erased (meaning all Bush tax cuts expired) and the sequester kicked in full force. But, relative to a baseline that assumes all existing tax policy would have continued, the deal raises $620 billion in revenue. The Alternative Minimum Tax (AMT) fix is not counted by the WH, for example, because its extension was assumed in the existing policy baseline (that doesn't mean it won't cost anything; just that the White House doesn't count the cost).

The jobless benefit extension for one year cost $30 billion and that is not paid for. The Medicare "doc fix" is paid for by savings that will be taken from other provider payouts in Medicare. It costs $31 billion, meaning those provider cuts will pay for protecting doctors from a 27 percent automatic cut in premiums.

And $12 billion in new revenue comes from allowing 401Ks and other retirement instruments into Roth IRAs. This is the revenue that forms half of the offset of the two-month sequester delay. The other $12 billion will come from a 50-50 split of non-defense and defense cuts.