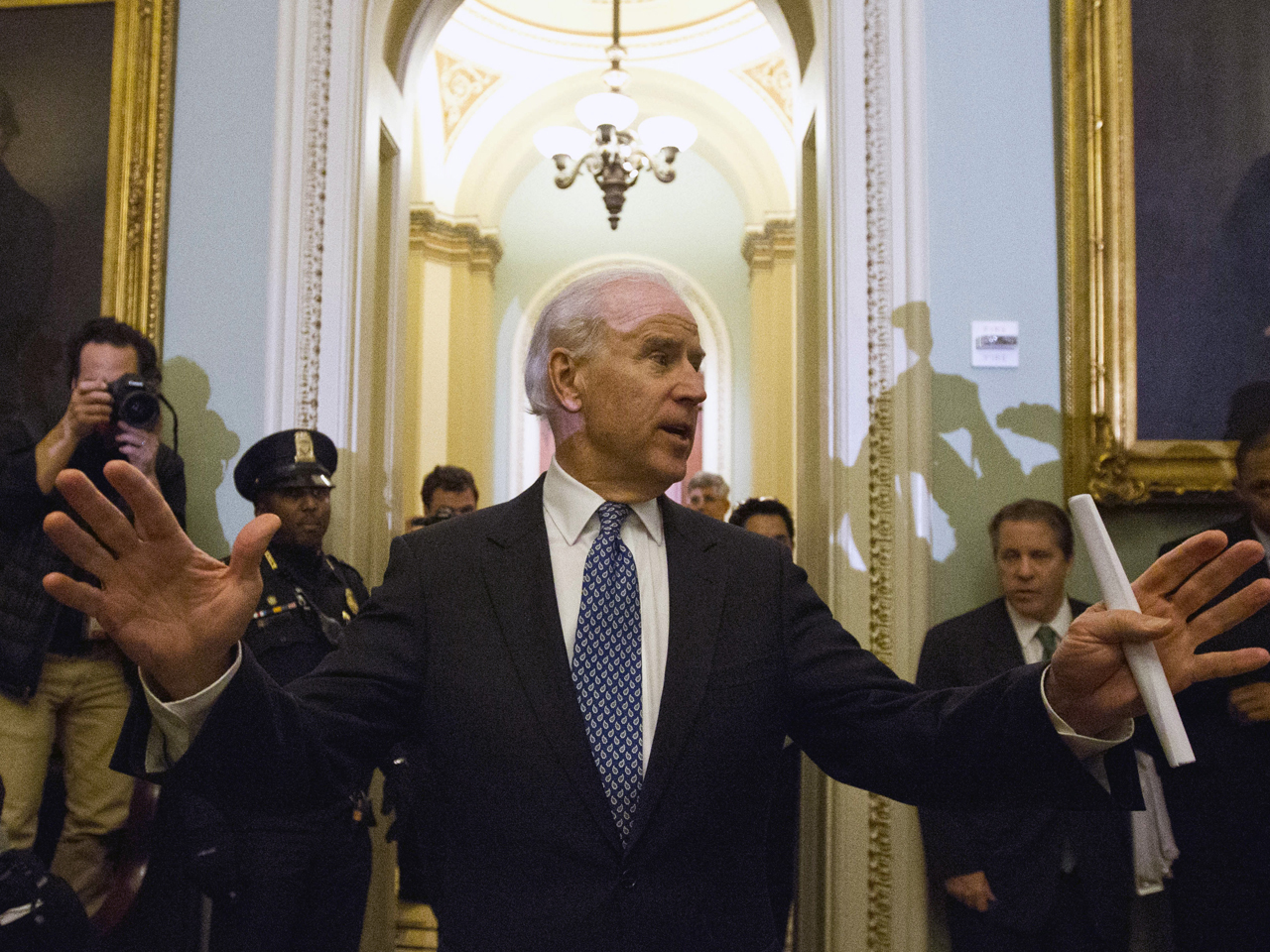 The ball in Times Square has dropped, 2013 is here and, technically, so is the "fiscal cliff", as Congress has yet to officially pass a plan to avert the scheduled spending cuts and tax hikes. But before panic sets in, although lawmakers failed to meet the midnight deadline, a deal is in place and the first step to making it official -- Senate passage -- is in the books.

The Senate voted 89-8 in favor of the bill in the wee hours of New Year's Day, sending the deal along to the House, which must pass the measure in order for the "cliff" to be averted.

The House is expected to vote on the deal as early as today, but given tepid signals from House Republican leaders, the vote there will be an interesting one to watch.

"The House will honor its commitment to consider the Senate agreement if it is passed," the leaders, which included House Speaker John Boehner, said in a statement after the agreement was announced last night. "Decisions about whether the House will seek to accept or promptly amend the measure will not be made until House members -- and the American people -- have been able to review the legislation."

"While neither Democrats nor Republicans got everything they wanted, this agreement is the right thing to do for our country and the House should pass it without delay," said Mr. Obama.

Vice President Joe Biden, who traveled to Capitol Hill to brief Senate Democrats on the details of the deal, briefly spoke to reporters, warning that there's no predicting what the House will do.

As the deal was not signed into law before midnight, the country has technically gone over the "cliff". However, unless the deal fails to clear Congress, any detrimental economic impact will be avoided, as language will likely be added to the final legislation that would make the agreement retroactive to midnight Jan. 1.

Here are the known details of the deal:

While the extension of unemployment benefits and the Medicare "doc fix" cost money, and revenue will be lost due to a fix in the Alternative Minimum Tax, the package will still increase the federal government's receipts. The total package will add $600 billion to federal coffers.

Also included in the deal is an unrelated provision but one that would have impacted Americans' pocketbooks. According to Senate Agriculture Committee chairman Debbie Stabenow, D-Mich., negotiators agreed to a nine-month partial extension of the farm bill. The legislation, which dictates subsidies to crop and commodity growers, was also set to expire at midnight, and the impact was likely to cause milk prices to rise to $7 or $8 a gallon.

What has been left out of the "cliff" deal:

Emphasizing the importance of deficit reduction to his fellow Republicans, Senate Minority Leader Mitch McConnell, R-Ky., the GOP's lead negotiator, urged his colleagues not to hold up a deal because budget cuts have not been addressed. Earlier in the day he called the tax portion of the "fiscal cliff" the most important component and said, "Let's take what's been agreed to and get moving."

"Action on the sequester is something we can continue to work on," McConnell added.

The agreement, formulated mostly between McConnell and Vice President Joe Biden, was a last-ditch effort after negotiations broke down numerous times.

House Speaker John Boehner, R-Ohio, who for weeks negotiated directly with President Obama, froze himself out of the arena just before Christmas with his ill-fated attempt at a "Plan B" that landed with a thud among a few dozen of his own members. Then, after Mr. Obama flew back from his Hawaiian vacation, presumably unhappy about leaving paradise for the cold and deserted nation's capital, he summoned congressional leaders to the White House and dumped the onus of reaching a deal on the laps of Reid and McConnell.

Alas, Sunday, McConnell found himself throwing his hands up in exasperation after Reid slow-walked a promised counter-proposal and he picked up the phone to the White House to find, as he put it, "a dancing partner" in Vice President Joe Biden.

The $1.2 trillion of federal spending cuts over ten years combined with a massive tax increases for all wage earners was the result of Congress kicking the can down the road. In previous last-minute deals sealed by the two current negotiators - McConnell and Biden - Congress extended the Bush-era tax rates in 2010 for an additional two years and in 2011 agreed to the automatic, non-targeted federal spending cuts worth $1.2 trillion over ten years in exchange for an increase to the debt ceiling. Those actions combined with other extensions to tax credits, unemployment benefits and Medicare doctor payments, the "fiscal cliff" was born.

Earlier Monday, President Obama took to the stage with middle-class taxpayers urging Congress to seal the deal. Even though he was unable to reach a deal with Boehner and his vice president stepped in to finalize the last-minute negotiations, he made no qualms about digging in at Congress, raising the ire of some Republicans. Mr. Obama quipped the "one thing" he can count on with Congress is "if there is even one second left before you have to do what you're supposed to do, they will use that last second."