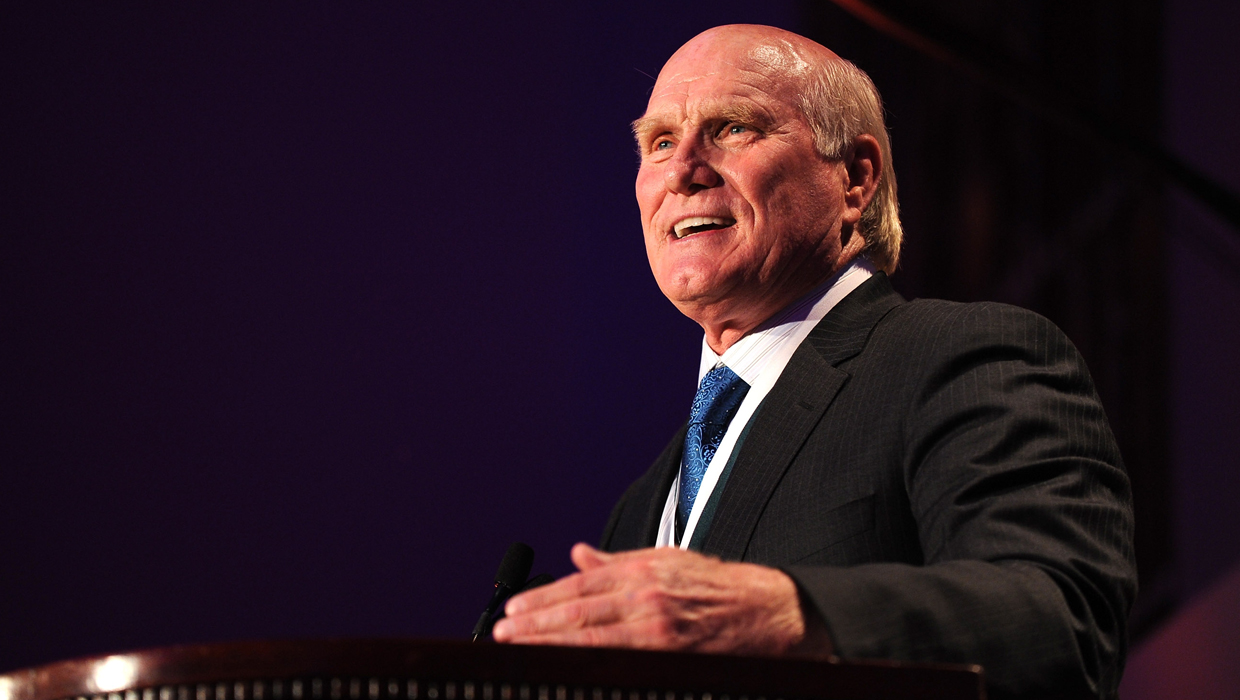 Come Sunday, Terry Bradshaw will be facing the cold-weather elements just like everyone else -- fans and players alike -- at Metlife Stadium in East Rutherford, N.J.

The former NFL star will first, though, be hunkered down in Times Square as part of his Super Bowl pre-game hosting duties on "Fox NFL Sunday."

"It is the most incredible set-up I've ever seen in my life," he told CBS News about the Times Square layout. "Normally I'm with my family and I'm cooking. It's the biggest party you've ever seen. But this year, I'm doing the show -- it's the coolest set-up. I'll be there for two hours and then they will helicopter us over to the stadium for the final hour-and-a-half."

Not one to hold back his opinion, the one-time Pittsburgh Steelers quarterback has been quite vocal about staging Super Bowl XLVIII in New Jersey -- for a myriad of reasons.

And one of those is not surprisingly the possibility of bad weather. "We'll broadcast in shelter with plastic around us, but it will be as cold as I'll get out. We're not sealed in. We'll be outside when we go to the stadium," Bradshaw said.

Between the 2014 snow storms and polar vortex conditions, it's hard to know what to expect on Super Bowl Sunday 2014. Though at last check the forecast calls for a high of 46 degrees, a pleasant change from the recent below-freezing temperatures in the tri-state region.

Still, leading up to the big game, Bradshaw hasn't been 100 percent on board with the NFL's decision to host the game in New Jersey.

"I even found myself getting defensive," said Bradshaw. "Why should a fellow from the South have to defend playing the Super Bowl in warm weather? It just doesn't make sense to me. I love the Super Bowl. I love everything it stands for, it's just awesome. I just did not like the idea of perhaps restricting one football team because of the weather -- if in fact we have serious conditions. Cold we can all deal with -- wind makes it harder. If you have any kind of precipitation then it becomes extremely difficult."

Speaking from a player mentality, Bradshaw said, "If you saw it in Los Angeles, you'd go, 'Oh yeah! Now you're talking.' You work a little harder. But New Jersey? New Jersey what? The Super Bowl! What do you mean? I went, 'Where's the joke in this?' There is no joke."

When it comes to the game itself, Bradshaw admits he’s definitely "torn" about which team to back because he loves both the Denver Broncos and the Seattle Seahawks.

"I'm a defensive guy, so I love defense. I love [Denver Broncos quarterback] Peyton Manning, too…He's from Louisiana. I'm from Louisiana," said Bradshaw. "I want to see him get his second Super Bowl. I love [Seattle Seahawks quarterback] Russell Wilson, [Seattle Seahawks coach] Pete Carroll. I don't want have to have to pick here because I just love them both. If I had to defend myself, I'll say Seattle 'cause Fox covers them. And if Peyton wins I'll be the happiest guy in the world. I'll be happy either way 'cause I love both of these football teams. I'm a big proponent for defense. If they don’t put some pressure on him [Manning], they're not going to beat him. Absolutely not going to happen."

Earlier this week, Bradshaw interviewed Manning as the quarterback gears up for the game.

"He's good, confident, relaxed," said the NFL Hall of Famer. "He's a button-up guy. He doesn't wear cowboy boots like me, he doesn't talk like I talk or act like I act. He's a full-blown quarterback. He's a cool customer and he’s very relaxed, very confident, very humble about it. I think he thinks that they’re going to win the football game -- and that’s the way he should think."

Bradshaw, meanwhile, has had quite the busy couple of weeks. Earlier this month, he spent two days in Los Angeles filming an ad for Pepsi. If you caught the Grammy Awards Sunday on CBS, then you may have spotted Bradshaw in a memorable Pepsi Grammys "halftime" commercial that also saw Mike Ditka swinging on a "wrecking ball" a la Miley Cyrus. Deion Sanders also appeared in the clip, along with former NFL star Shannon Sharpe (portraying Kanye West) and New York Jet Nick Mangold (as Kim Kardashian) -- in a mock version of the rapper's "Bound 2" music video.

For his part, Bradshaw was seen onstage singing a country music song and decked out in attire to match.

"Is that jacket hot or what?" he joked about the elaborate country-themed get-up. "Pepsi asked if I would be a part of it. They explained what it was and I couldn't pass it up (although he admittedly doesn't know much about Cyrus and her shenanigans). Are you kidding me? Guys my age don't really get shots like that...God, it was fun."

For Bradshaw, who has several albums to his name, doing a singing routine wasn't too much of a stretch.

"That's somewhat almost comfortable for me. I can play the guitar a little bit and I do have jackets that are very Western. I did come off that shoot, saying, 'Man I gotta get me a jacket like that.'"

Watch Bradshaw in all of his country-glory in the Grammys halftime clip below: