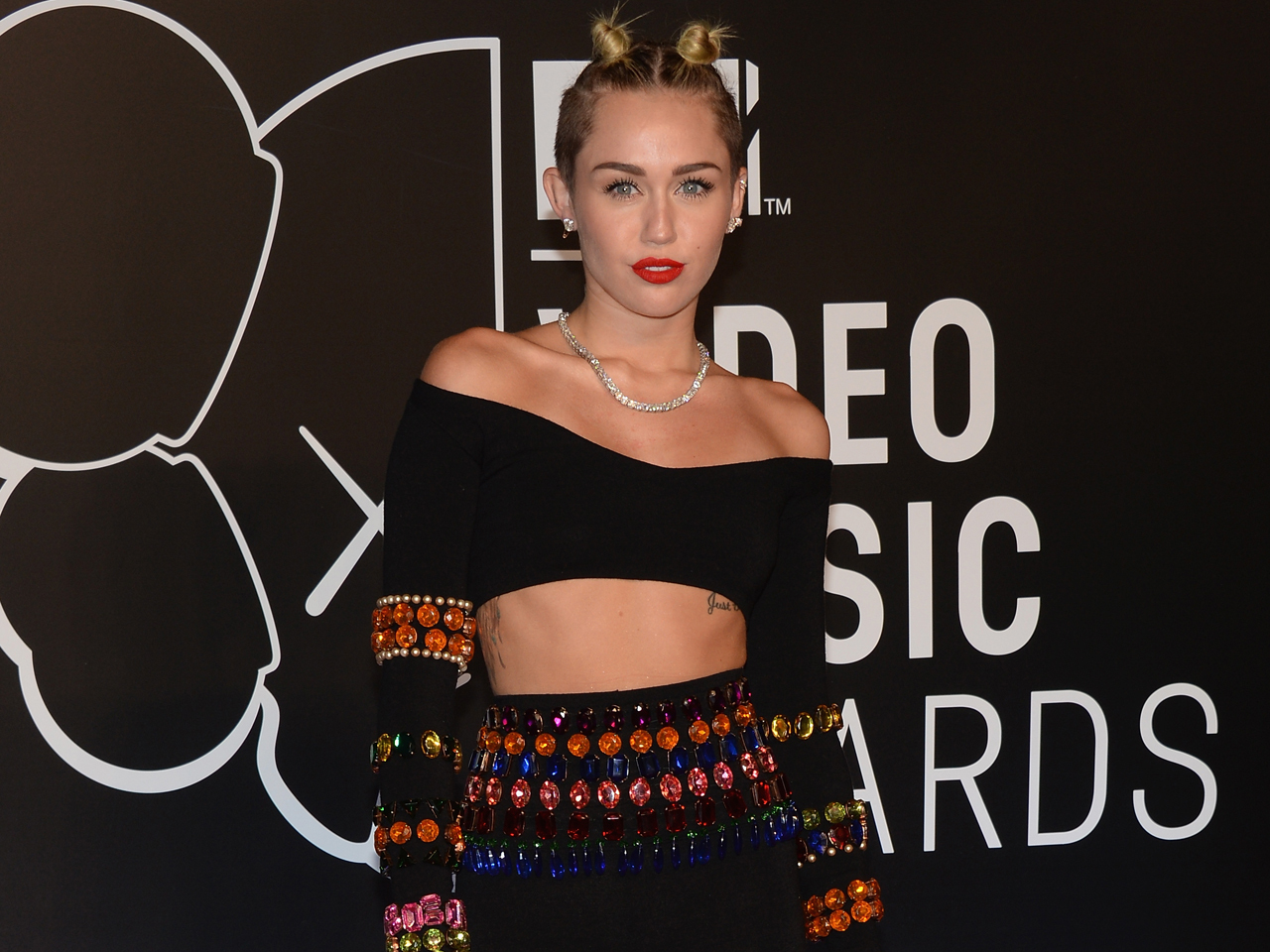 Miley Cyrus tears up, hangs from a ball and gets naked in her new video for "Wrecking Ball," which debuted Monday.

Directed by Terry Richardson, the clip was shot in Los Angeles and finds the 20-year-old star continuing to remind us she's not the Hannah Montana character we may remember.

"Wrecking Ball" is the second single to be released from Cyrus' "Bangerz" album, due Oct. 8. The 13-track set, which includes Cryus' summer hit "We Can't Stop," also comes in a deluxe edition with three bonus songs. Cyrus collaborated with Pharrell, Future and will.i.am on the new material. A press release notes that "this album marks a creative evolution for Miley."