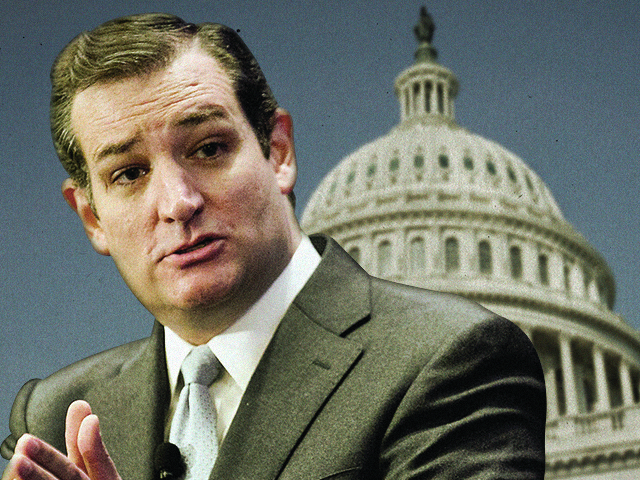 Sens. Ted Cruz, R-Texas, and Mike Lee, R-Utah, are pushing back against a recent Supreme Court ruling that struck down the heart of the Defense of Marriage Act and paved the way for the federal government to provide benefits to same-sex couples who were married legally.

The two are introducing legislation that argues the court’s ruling in that case, United States v. Windsor, was improper. They say that their bill, the “State Marriage Defense Act,” would protect states that do not recognize same-sex marriages.

“Under President Obama, the federal government has tried to re-define marriage, and to undermine the constitutional authority of each state to define marriage consistent with the values of its citizens,” Cruz said in a statement. “The Obama Administration should not be trying to force gay marriage on all 50 states. We should respect the states, and the definition of marriage should be left to democratically elected legislatures, not dictated from Washington.”

Though the Supreme Court ruled that the federal government could not deny federal benefits like Social Security benefits or the ability to file tax returns jointly to couples that were legally married, it sidestepped the opportunity to weigh in on the larger issue of same-sex marriage in another case,Hollingsworth v. Perry.

In the wake of the court’s rulings, several more states legalized same-sex marriage, while other attorneys general have stopped defending bans on the practice. Meanwhile, states that outlaw gay marriage are finding themselves having to defend those laws in court.

Meanwhile, in Washington, Attorney General Eric Holder recently announced that the Justice Department was expanding certain benefits and protections to gay couples and would recognize lawful same-sex marriages “as broadly as possible.”

Cruz and Lee see this as a vast overreach by an administration “that is seeking to force same-sex marriage upon states that define marriage as the union between one man and one woman,” the press release read.

The legislation almost certainly won’t go anywhere in the Democratically-controlled Senate but will win them further plaudits from parts of the Republican base.

Tony Perkins, the president of the Family Research Council, applauded the two senators for “stepping in to make sure the federal government respects state marriage laws.”

“The president is using the power of his federal agencies as a backdoor to expand marriage redefinition to every state in America. This lawlessness must stop,” Perkins said.

Cruz and Lee are also waging an uphill battle against public opinion. Gallup found that the support for same-sex marriage had doubled between 1996 and 2013.