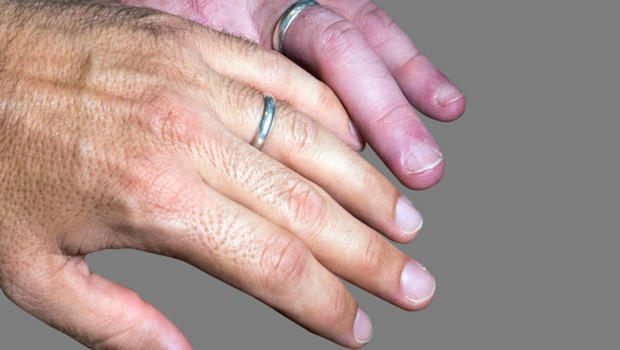 TULSA, Okla. - A federal judge struck down Oklahoma's gay marriage ban Tuesday, but headed off any rush to the altar by setting aside his order while state and local officials complete an appeal.

It was the second time in a month that a federal judge has set aside a deeply conservative state's limits on same-sex marriage, after Utah's ban was reversed last month.

The ruling drew criticism from the governor, attorney general and other elected officials in this state known as the buckle of the Bible Belt. A state lawmaker who once said gay people posed a greater threat to the nation than terrorism blasted rulings from "activist judges."

Republican Gov. Mary Fallin issued a written statement accusing Kern of undermining the will of Oklahoma voters who passed the gay marriage ban by a 3-1 margin in 2004.

"The people of Oklahoma have spoken on this issue. I support the right of Oklahoma's voters to govern themselves on this and other policy matters. I am disappointed in the judge's ruling and troubled that the will of the people has once again been ignored by the federal government," the statement said.

Attorney General Scott Pruitt said the Supreme Court had left it to the states to define marriage and that Kern's ruling was "troubling." He said it would likely take another Supreme Court decision to resolve the matter.

Not including Utah and Oklahoma, 27 states still have constitutional prohibitions on same-sex marriage. Four more - Indiana, Pennsylvania, West Virginia and Wyoming - do not permit it through state laws.

For 17 days, Utah was the 18th state to allow gay couples to wed, after a federal judge there overturned the state's same-sex marriage ban. Hundreds of couples got married before the Supreme Court put a halt to the weddings earlier this month by granting the state a stay on a federal judge's ruling that two other courts previously denied.

The fate of gay marriage in Utah now rests in the hands of the 10th Circuit Court of Appeals in Denver - the same circuit as Oklahoma.

In both causes, federal judges said the states' gay marriage laws violated the equal protection clause of the 14th Amendment.

"Equal protection is at the very heart of our legal system and central to our consent to be governed," Kern wrote. "It is not a scarce commodity to be meted out begrudgingly or in short portions. Therefore, the majority view in Oklahoma must give way to individual constitutional rights."

Tulsa couple Mary Bishop and Sharon Baldwin, who work at the Tulsa World newspaper, filed the Oklahoma lawsuit along with another same-sex couple in November 2004, shortly after voters approved the constitutional amendment. Their case was the longest-running challenge to the Defense of Marriage Act, according to the national gay marriage advocacy group Freedom to Marry.

"There's so much emotion, I'm kind of crying right now," Bishop said Tuesday. "It's overwhelming to think that we finally won.

"Sharon and I want to get married here in Oklahoma. We've been together for more than 17 years - it's time. This is something that when I was young, I thought I'd never see in my lifetime."

Tulsa County Court Clerk Sally Howe Smith said there was no way under Oklahoma law for her to give the couple a marriage license. "That's how I became a defendant in the case," she said.

In 2006, the Tulsa couples' case made its way to the 10th Circuit after the district court denied the governor of Oklahoma and the state attorney general's motion to dismiss the case. The appeals court ruled in 2009 that the couple lacked standing, so the two couples filed an amended complaint removing the governor and attorney general and adding Smith.

"The Bishop couple has been in a loving, committed relationships for many years," Kern wrote. "They own property together, wish to retire together, wish to make medical decisions for one another, and wish to be recognized as a married couple with all its attendant rights and responsibilities."