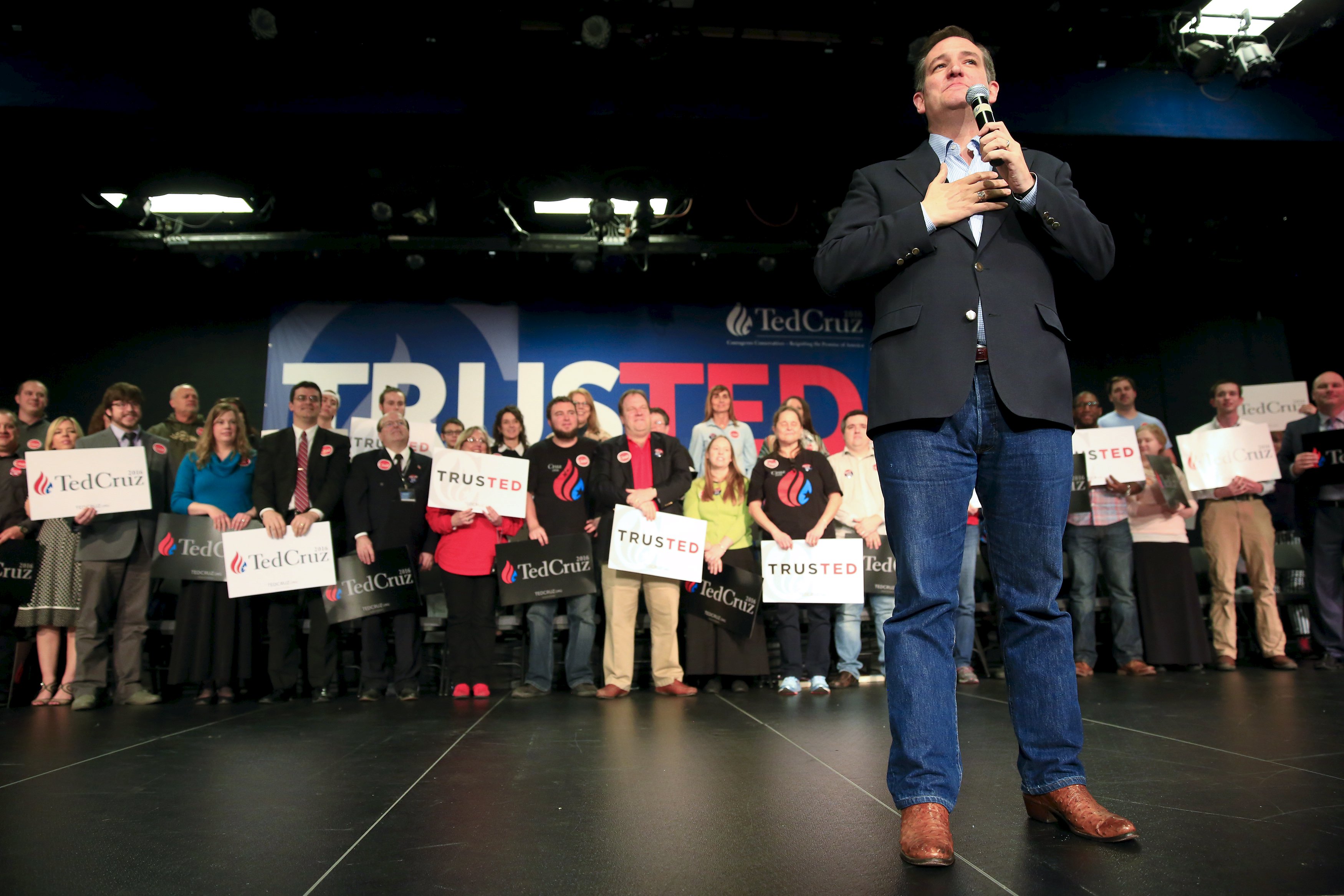 A protester interrupted a campaign rally for Texas Sen. Ted Cruz in Illinois Monday evening, and the candidate used the disruption as an opportunity to contrast himself with GOP front-runner Donald Trump.

"Go back to Canada!" the man yelled, referring to Cruz's birthplace and the doubts Trump has voiced about his eligibility to run for president.

"Thank you for being here," Cruz said. "One difference between this and a Donald Trump rally is, I'm not asking anyone to punch you in the face."

Cruz was referring to the increased chaos and violence that has flared up at recent Trump rallies across the country. Last weekend, a Chicago rally had to be canceled due to concerns over protests and disruptions; another man was sucker-punched by a Trump supporter at a Fayetteville, N.C. rally. Trump has said repeatedly that he bears no responsibility for any of his supporters' actions.

It's not the first time Cruz has denounced the violence at Trump rallies: he made reference to it this weekend at an Ohio campaign event.

The candidate's Canadian roots have caused some trouble for him on the campaign trail, with opponents (including Trump) questioning whether he's eligible to run for president in the United States. Cruz, who is a U.S. citizens, was born in Calgary, Alberta, and lived there until he was four years old.