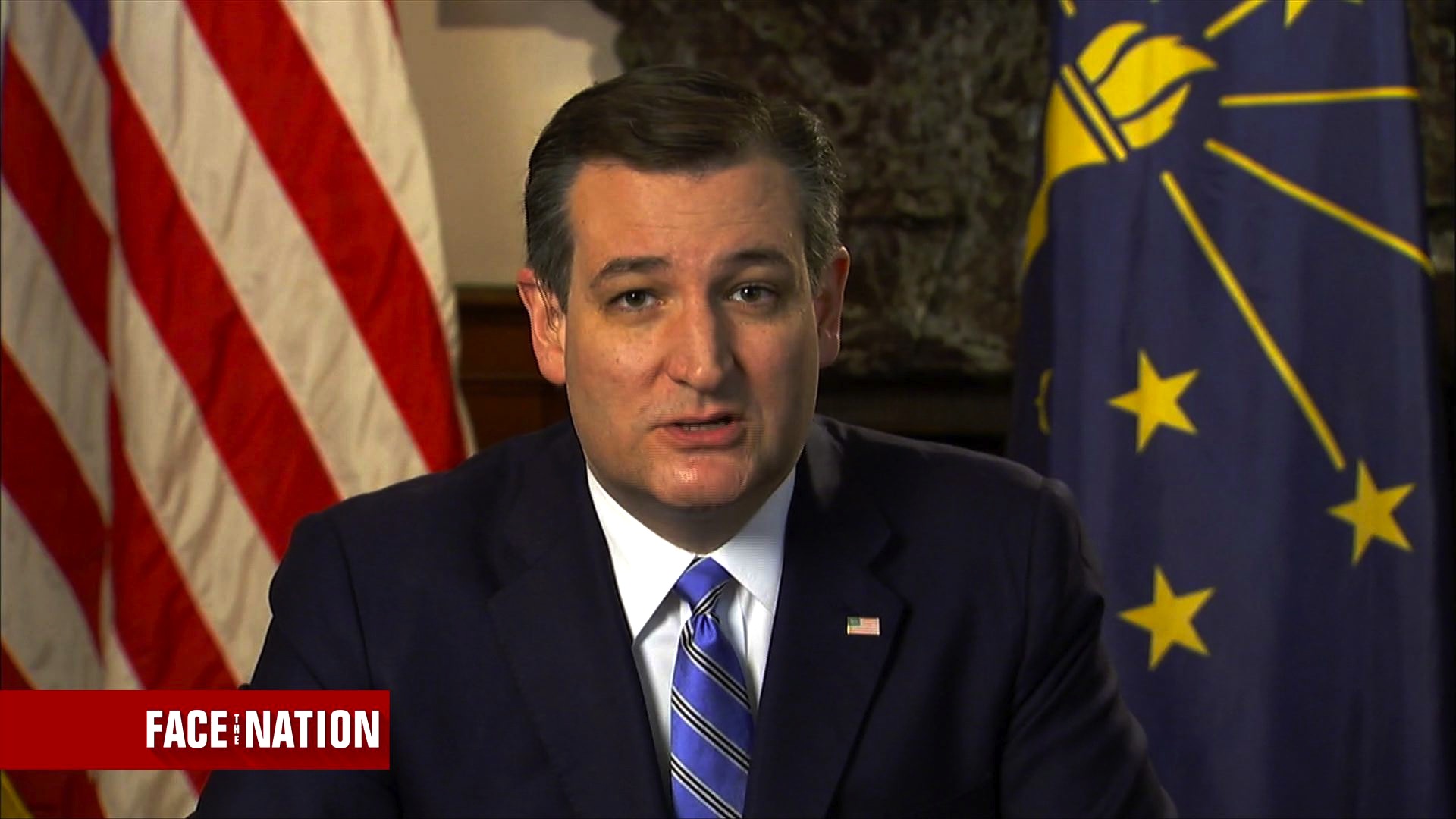 Texas Sen. Ted Cruz said in an interview airing Sunday that GOP front-runner Donald Trump may encourage riots if he does not win the Republican nomination in Cleveland this summer.

Asked on CBS' "Face the Nation" if he was concerned about the possibility of violence if he were able to "overthrow" Trump with the delegates in Cleveland, Cruz insisted there wouldn't but said that Trump might try to fan the flames.

"No, it won't, although Donald may do everything he can to encourage riots," he said. "You know, overthrow is such a loaded spin word as ... to bring nothing but chuckles."

Gerald Ford and Abraham Lincoln both won their respective nominations despite coming in with fewer votes than their opponents, he added, so it wouldn't be the first time that the candidate who comes out of a convention is the one who didn't win the most votes during the primaries.

As for his move to announce former Hewlett Packard CEO Carly Fiorina as his running mate, Cruz said he did it to help provide a "contrast" for voters--and tied Trump to Democratic front-runner Hillary Clinton in the process.

"One of the reasons this week that I announced Carly Fiorina as my vice presidential nominee is to provide a clear choice, a clear contrast to the voters," he said. "And I think there couldn't be a clearer choice between Carly and me on the one side, running on issues, running on substance, running on jobs and freedom and security and protecting the American people. Versus Donald Trump and Hillary Clinton on the other side."

Cruz went after Trump as insufficiently conservative, saying it would be a mistake to nominate another "big government, rich New York liberal" like Trump and Clinton.

If Trump is such a bad conservative, Cruz was asked, why has he earned so many votes in primaries across the country? Cruz said it's because he was able to harness the support of an "impassioned minority."

"Early on Donald did well when there were 17 candidates because he unified his support. He has-- he has an impassioned minority behind him," Cruz said. "And when everyone else was diffuse, he won a lot of early states. And then he just had a good week, winning New York and the adjoining states, so he did well close to home and the media reacted with breathless excitement."

The Texas senator also addressed the recent comments from former House Speaker John Boehner, who referred to Cruz as "Lucifer in the flesh." Cruz said that Boehner was "auditioning" for Trump's running mate spot, adding that it's a sign Trump is the candidate of the Washington establishment.

"I saw Boehner's comments. I kind of wondered if Boehner was auditioning to be Donald Trump's vice president," he said. You know, a Trump-Boehner ticket would really say the Washington cartel in all its force."

Cruz also blasted Trump for accepting the endorsement of Mike Tyson, saying that's not the kind of people he wants his campaign to be associated with.

"Donald Trump was proudly trumpeting the support of Mike Tyson, a convicted rapist who served three years in prison here in Indiana for rape," he said. "And Donald Trump says, 'Well, Tyson is a tough guy.' You know what, John? I don't think rapists are tough guys. I think rapists are weak, they're bullies and they're cowards."