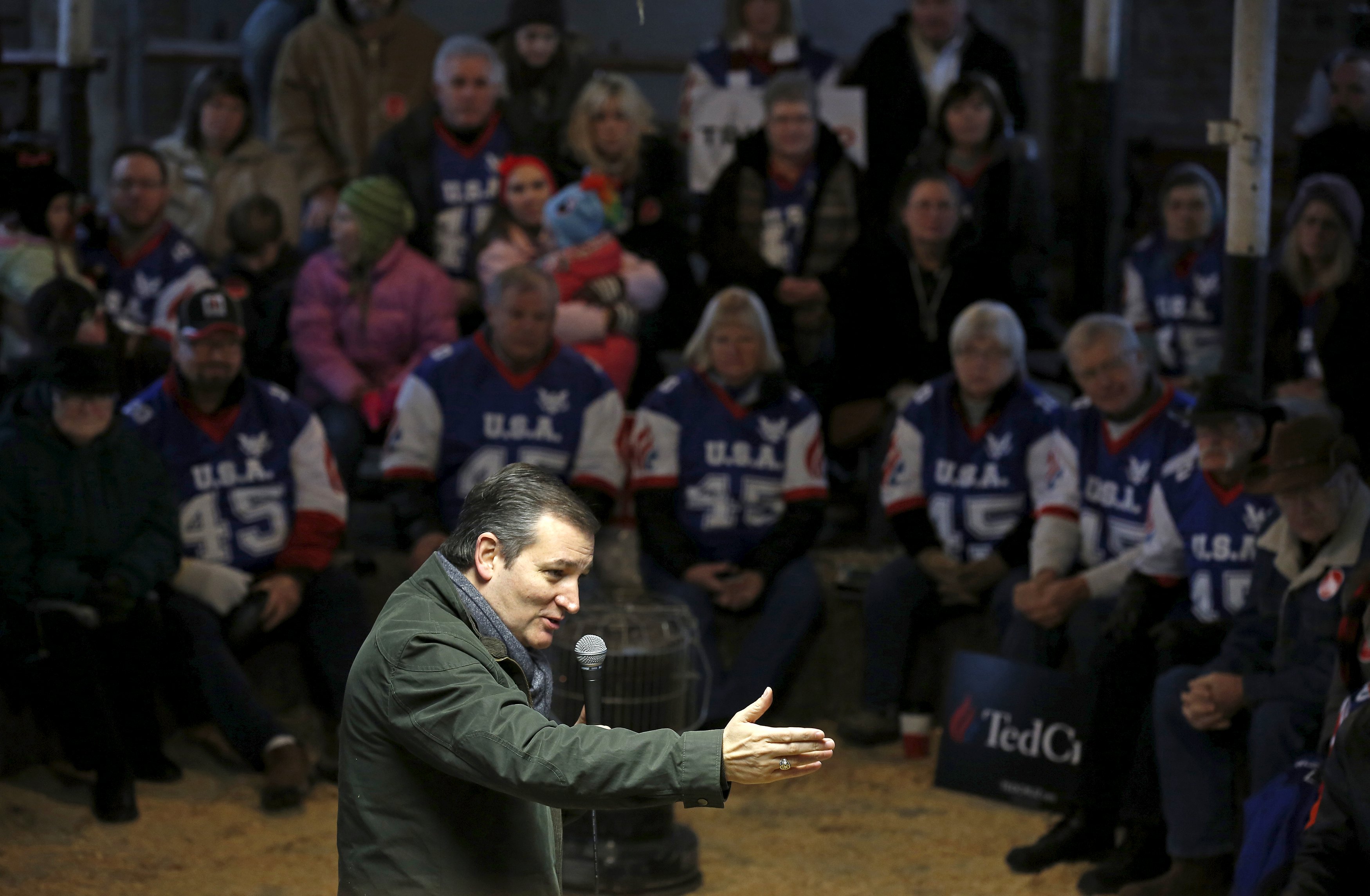 Republican presidential candidate Ted Cruz challenged front runner Donald Trump to a one-on-one debate late Tuesday after the billionaire suggested he would not participate in the last Republican debate before the Iowa caucuses.

"I would like to invite him on your show to participate in a one-on-one debate, between me and Donald -- mano-a-mano," Cruz told radio host Mark Levin in an interview. He criticized Trump's withdrawal as showing a "lack of respect for the men and women of Iowa."

"If he thinks Megyn Kelly is so scary, what exactly does he think he'd do with Vladimir Putin?" Cruz asked, referring to the Fox News anchor who Trump says is biased against him.

On the Mark Levin radio show, the Texas senator used Trump's possible withdrawal as an opportunity to mock the front runner, comparing the debate to the challenge of facing Vladimir Putin as president.

"I promise you Putin is a lot scarier than Megyn Kelly, and I'd like to hear Donald explain to the American people and to the people of Iowa how he is prepared to be commander in chief if he's terrified by a television host."

Immediately afterwards, Cruz took to the stage at an evening campaign rally in Fairfield, Iowa where he reissued the challenge to the audience saying, " We can arrange for Mark Levin to moderate, or Sean Hannity to moderate, or Rush Limbaugh to moderate, or Glenn Beck to moderate." If that didn't suit Trump, Cruz went on, "if all of them are too scary, then we can do it with no moderators whatsoever."

Comparing the debate to a job interview, he assailed Trump for displaying a lack of humility, telling the audience if Trump was unwilling to do a one-on-one debate, "I want you to think, how you would react, if you were interviewing someone for a job and they said you know what, I'm not willing to show up to the interview."

Using a reference to Trump's longtime reality TV show, Cruz declared, "If someone did that, didn't show up at the interview, you know what you'd say? You're fired."