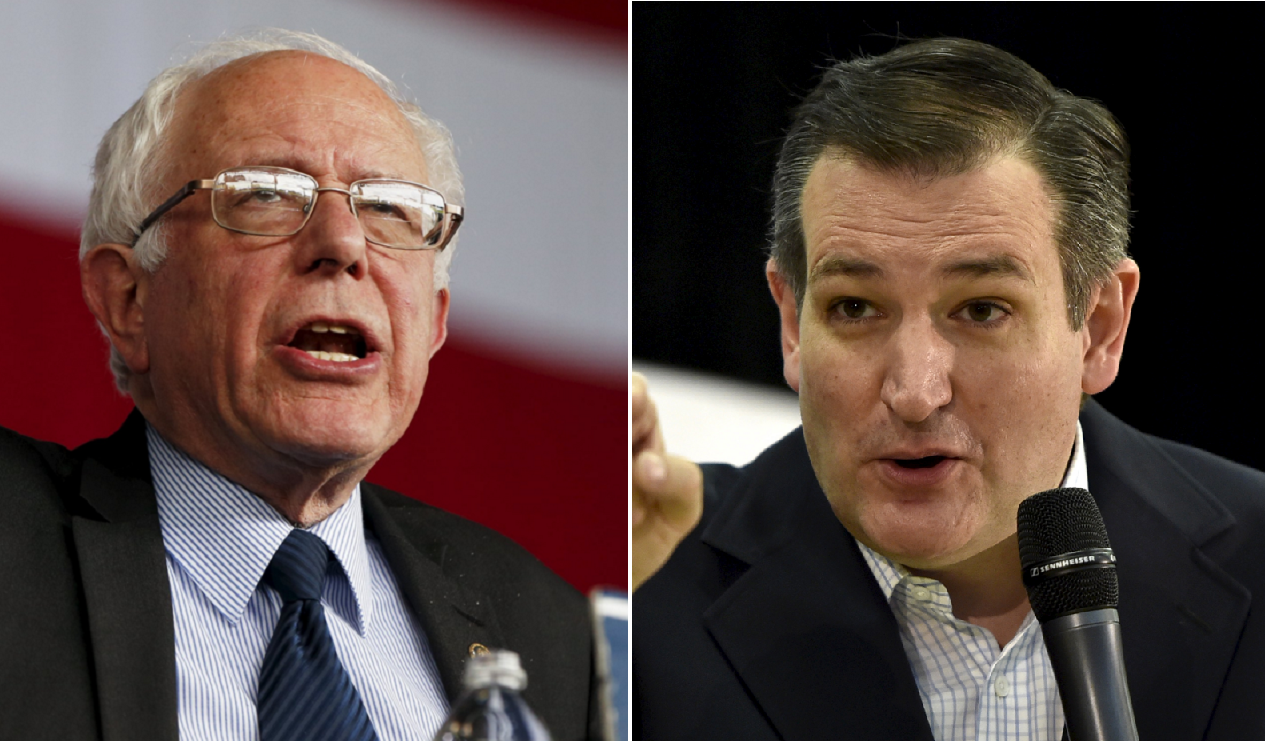 Texas Sen. Ted Cruz needs a big victory in Wisconsin if he hopes to take down GOP front-runner Donald Trump--and a new poll out Wednesday suggests he's well on his way to winning there.

Cruz has a double-digit lead in the race: he takes 40 percent, according to the new Marquette Law School poll, compared with 30 percent for Trump and 21 percent for Ohio Gov. John Kasich. Trump's support is unchanged since Marquette's previous Wisconsin poll in February: he was at 30 percent in that poll, followed by Cruz at 19 percent, Kasich at 8 percent and candidates who have since dropped out taking 31 percent.

On the Democratic side, Vermont Sen. Bernie Sanders holds a narrow lead over former Secretary of State Hillary Clinton. Sanders is at 49 percent in the poll, compared with 45 percent for Clinton--within the poll's margin of error. Those results show a slight increase for both Sanders and Clinton from February, when Sanders led Clinton by 1 point (44 percent to 43 percent).

Wisconsin has an open primary, and more than half of independents say they're planning to vote in the GOP primary: 60 percent said they would cast a vote in the Republican primary, compared with 40 percent who said they'd vote in the Democratic primary.

The poll also asked voters who they thought was likely to win their respective party's nomination. Among Democratic voters, 77 percent said they think Clinton will win, compared with 19 percent for Sanders. Among Republicans, it's overwhelmingly Trump: 65 percent say the business mogul will win the GOP nomination, compared with 23 percent who named Cruz and 5 percent who named Kasich.

In down-ballot races, the Marquette poll finds a tightening race for Senate between Democrat Russ Feingold and incumbent GOP Sen. Ron Johnson. Feingold leads Johnson by 5 points, 47 percent to 42 percent, in the new poll--down from a 12-point lead in February. Wisconsin is considered one of Democrats' top pickup opportunities as they look to retake the Senate in November.