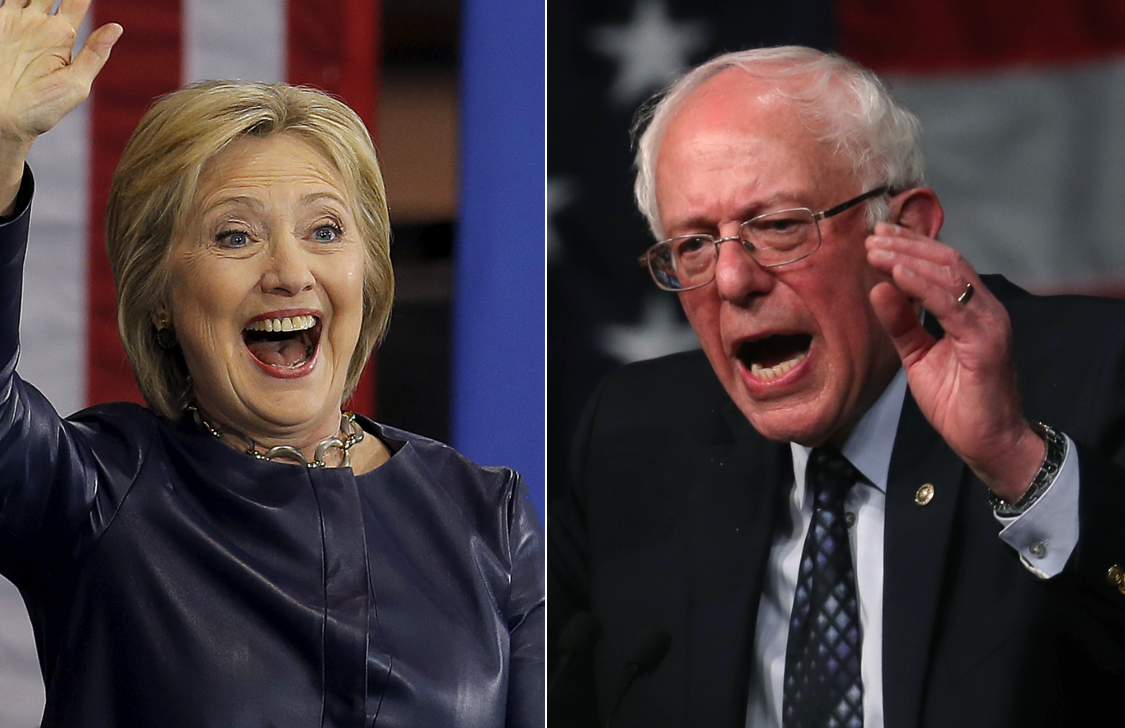 The Race for the Nomination

Clinton continues to lead among women and has a sizable lead among voters over age 45. She also leads among Democrats and non-white voters. As he has in the voting contests this year, Sanders gets strong support from younger voters and independents. But Sanders has made inroads since last month among some groups in which Clinton dominates: women and Democrats. While he still loses to Clinton among both, his support among women and Democrats has risen 8 points since February. The race is close among white voters, as it was last month.

The poll findings suggest an "enthusiasm gap:" while 56 percent of Democratic primary voters would enthusiastically support Sanders if he wins the nomination, just 40 percent say the same if Clinton should win. Still, both Clinton and Sanders would receive widespread support from Democratic primary voters should either become the nominee; just one in ten would not support each candidate.

Expectations are that Clinton will be their party's nominee: 72 percent think she will win the nomination, similar to views over the last few months.

These voters see clear differences between the two candidates. Fifty-six percent of Democratic primary voters view Clinton as honest, but even more, 84 percent, say the same of Sanders.

President Obama and the Democratic Nomination

President Barack Obama remains popular among Democratic primary voters. Just under half would like to see President Obama's policies continued, and that proves to be an advantage for Hillary Clinton. She receives support from 67 percent of those who want to see a continuation of the current President's policies. Sanders receives more support from those who would like to see more liberal policies enacted.

Overall, 48 percent of Americans approve of the job President Obama is doing (that rises to 84 percent among Democratic primary voters), and 44 percent disapprove - similar to recent evaluations.

The Party and the Campaigns

Sixty-two percent say the Democratic Party is united, while just 33 percent see it as divided.

Eighty-two percent of Democratic primary voters are mostly proud of the Democratic presidential campaigns, and just 13 percent are mostly embarrassed. Seventy-eight percent say the campaigns are addressing the issues that matter to them.

Forty percent say that compared to past campaigns the tone this year is more positive, and 48 percent see it as the same as in past years.

This poll was conducted by telephone March 17-20, 2016 among a random sample of 1,252 adults nationwide, including 1,058 registered voters. Data collection was conducted on behalf of CBS News and the New York Times by SSRS of Media, PA. Phone numbers were dialed from samples of both standard land-line and cell phones.

The margin of error for the sample of 388 Democratic primary voters is six percentage points.