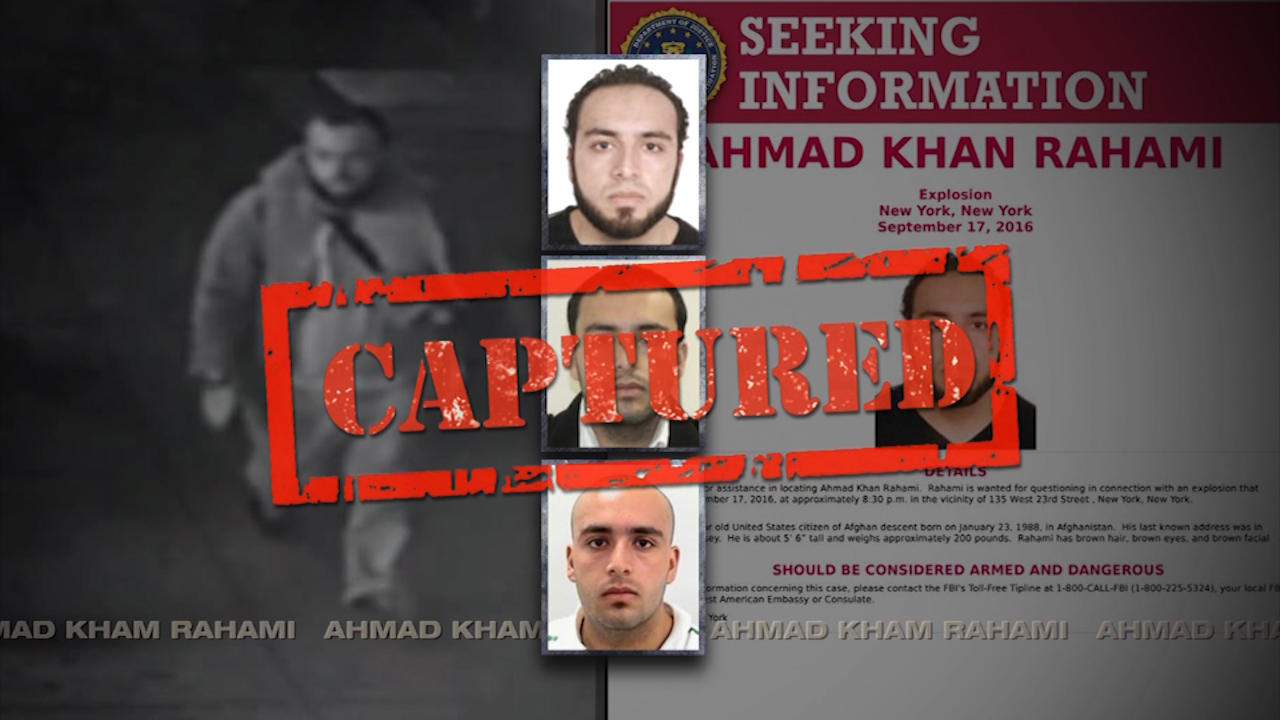 Technology played a crucial role in helping authorities crack the case of the New York and New Jersey bombings. About 50 hours after the saga began with an explosion in Seaside Park, New Jersey, investigators tracked down and arrested 28-year-old Ahmad Khan Rahami.

Officials said evidence tied him to four separate bomb scenes: Seaside Park, where no one was hurt; two sites in the Chelsea neighborhood of Manhattan, where an explosion Saturday night injured 29 and sent waves of fear throughout New York City; and Elizabeth, New Jersey, where a bag of bombs was found near the train station Sunday night, one of which went off while police were trying to disarm them.

Here’s a breakdown of some of the technologies at play leading up to Rahami’s arrest:

Surveillance video captured images of Rahami at the scene of both the bomb that exploded in New York’s Chelsea neighborhood and a second, similar device four blocks away that failed to explode and was taken away by police, officials said. He could be seen placing the bomb and leaving the scene, providing officials with a solid lead early in their investigation.

It’s still unclear to what extent officials used automated facial recognition technology,  which is more advanced than ever, in this process. Facial recognition technology has become increasingly pervasive in recent years, and it’s not just police departments and airports using it: casinos are using it to keep tabs on high-rollers and even some churches are using it to keep a digital record of who’s attending their services.

Hours after the explosion rocked 23rd Street, police found a second pressure cooker bomb on 27th Street. They deployed a robot, pictured below, to handle that device.

Police departments across the country have been experimenting with using robots in high-risk settings.

In July, Dallas police sent a robot armed with explosives to kill the gunman carrying out a sniper attack​ on police​, an unprecedented step for a domestic police force. The previous year, Dallas police used a similar robot to detonate pipe bombs discovered in a van.

Bomb robots can use water cannons or high-powered air to disarm explosive devices, although that was not done in the New York incident. Instead, the bomb was placed into a secure containment vessel and moved out of the area.

The unexploded bomb found on 27th Street provided investigators with a treasure trove of clues.

Police transported the device to a bomb facility at the Rodman’s Neck Range in the Bronx, where NYPD and FBI technicians disarmed it. They then sent the bomb for a full forensic examination by the FBI in Quantico, Virginia, according to NYPD Commissioner James O’Neill.

Officials tell CBS News they were able to trace components of the bomb, including a flip phone attached to the device to be used as a trigger, and determine when and where those items were purchased – another piece of the puzzle leading them closer to Rahami. Officials said they also found the suspect’s fingerprints on the unexploded bomb from 27th Street.

Technology brought the hunt for Rahami directly to the public on Monday morning, when authorities sent out a mass cellphone alert​ to millions of New Yorkers, spreading the word that the suspect had been identified but was still at large. It appeared to be the first time authorities used the nation’s text-based emergency alert system​ for an active manhunt.

The text alert “created a lot of focus and energy” and paved the way “to the successful apprehension of this suspect,” New York City Mayor Bill de Blasio said at a news conference Monday afternoon.

“I think it is another example of the innovation going on with NYPD and OEM [Office of Emergency Management] that there was a way to reach people different from the past — no more wanted posters on a precinct house wall. This is a modern approach that really engages the community,” de Blasio said.

Three hours after the text alert went out, a tip from the public may have led to Rahami’s arrest. CBS New York reported that police in Linden, New Jersey, got a call about a man sleeping in a doorway of a business. The responding officer recognized that man as Rahami, police said, and Rahami allegedly opened fire, shooting one officer in his bulletproof vest and injuring two others. Rahami was shot and wounded by officers and taken to a hospital.

Saturday, the day of the bombings, was O’Neill’s first day on the job as head of the NYPD He was officially sworn in by the mayor around 11 a.m. Monday, immediately before the announcement of Rahami’s arrest.