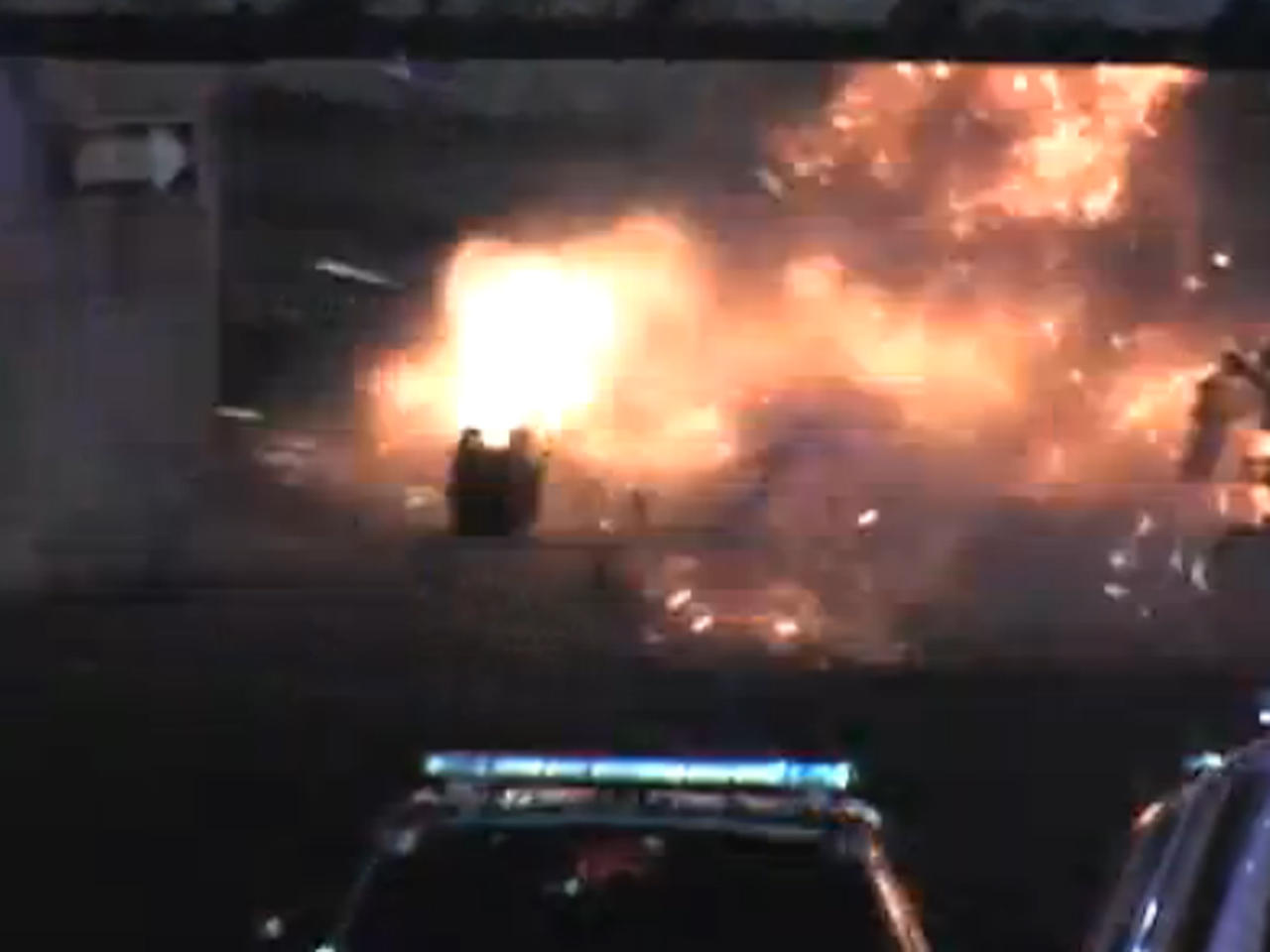 ELIZABETH, N.J. -- One of five devices found in a backpack near a train station in Elizabeth, New Jersey, exploded while a bomb squad robot was attempting to disarm it, the city’s mayor said.

Elizabeth Mayor Christian Bollwage said the blew up shortly after 12:30 a.m. Monday. The FBI was leading the investigation and working to disarm the other four devices.

There were no reports of injuries. Bollwage said to expect more detonations. He added that there was no damage to the train infrastructure nearby.

Bollwage also said police were reviewing surveillance from a nearby bar.

He said two men called police and reported seeing wires and a pipe coming out of a package after finding it in trash around 8:30 p.m. Sunday. But, he told CBS News, the men didn’t see who dropped the device in the trash.

The men, who were scavengers, left the package under the tracks and ran to a police station to report what they had found, reports says CBS New York.

The discovery of the suspicious package came a day after an explosion in Manhattan injured 29 people, and an unexploded pressure-cooker device was found four blocks away. Officials have identified a suspect in the blast, 28-year-old Ahmad Khan Rahami, and say he is being sought in connection with the Elizabeth discovery, as well as an explosion at the Jersey Shore on Saturday.

Bollwage said that he wasn’t willing to say that Elizabeth had become a target, and that it was possible that someone worried about the authorities was trying to get rid of the package.

“I’m extremely concerned for the residents of the community, but more importantly extremely concerned for everyone in the state and country where someone can just go and drop a backpack into a garbage can that has multiple explosives in it with no timers and then you have to wonder how many people could have been hurt,” Bollwage said.