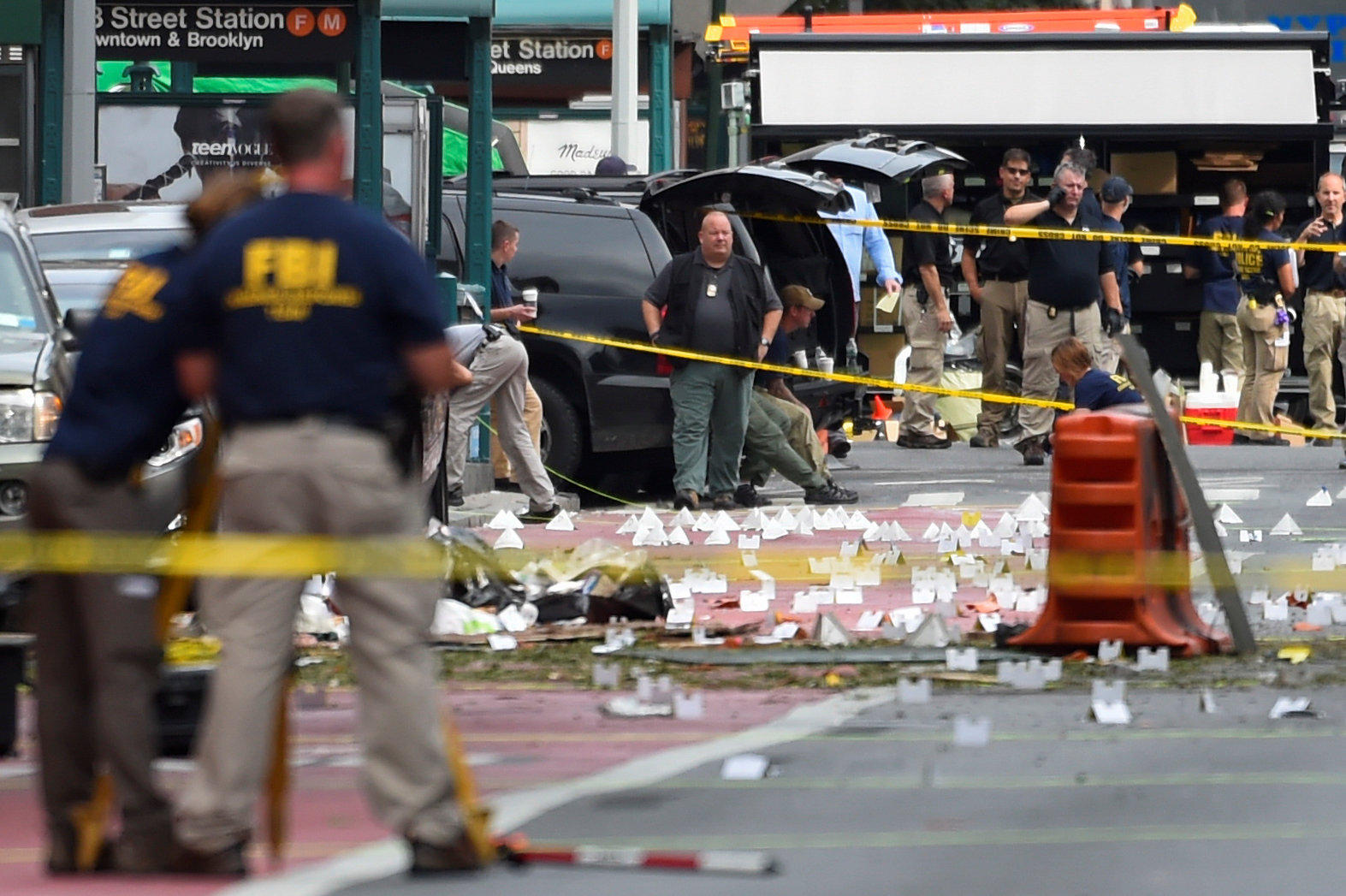 Investigators found a second bomb that did not detonate four blocks from the scene. No one has taken responsibility for the explosion.

Much of the Chelsea neighborhood in Manhattan is still shut down. The pressure cooker bomb was filled with shrapnel and exploded on one of the city’s heavily-traveled streets.

“You felt the explosion in the car?” Werner asked a witness.

Investigators say the pressure cooker bomb detonated near a dumpster. It contained shrapnel including ball bearings. A cellphone was used to set it off.

Police used bomb-sniffing dogs to comb the neighborhood following the Saturday night explosion. Twenty-nine people were injured and taken to the hospital. All of them are now out of the hospital.

Hours after the blast, police discovered a similar undetonated device four blocks away.

Jane Schreibman said she spotted the second bomb on the street near her Chelsea apartment. CBS News could not independently verify her account.

“It was such a weird looking thing. It was a pressure cooker with wires coming out,” Schreibman said, pointing to the spot on the sidewalk where the device was found.

Earlier on Saturday, a pipe bomb exploded along the course of a Marine charity run in Seaside Park, New Jersey. None of the 5,000 participants were injured.

Though investigators say the bombs in New York and New Jersey may share similar characteristics, it’s unclear if the incidents are linked.

Monday morning, the FBI and NYPD announced they had identified a suspect in connection with the Chelsea blast. Ahmad Khan Rahami, 28, is being sought for questioning. The FBI said he “should be considered armed and dangerous.”

Sources tell CBS News that Rahami is also sought in connection with the bombing in Seaside Park, New Jersey, as well as the five explosive devices found in a backpack near a train station in Elizabeth, New Jersey, the suspect’s hometown.

“We’re coordinating resources between New York and New Jersey to see if there’s anything we can learn,” New York Gov. Andrew Cuomo said.

The NYPD and the FBI are combing through the neighborhood around the blast site and reviewing surveillance footage from nearby businesses.

“Here’s what we know: It was intentional, it was a violent act, it was certainly a criminal act. It was a bombing,” New York City Mayor Bill de Blasio said.