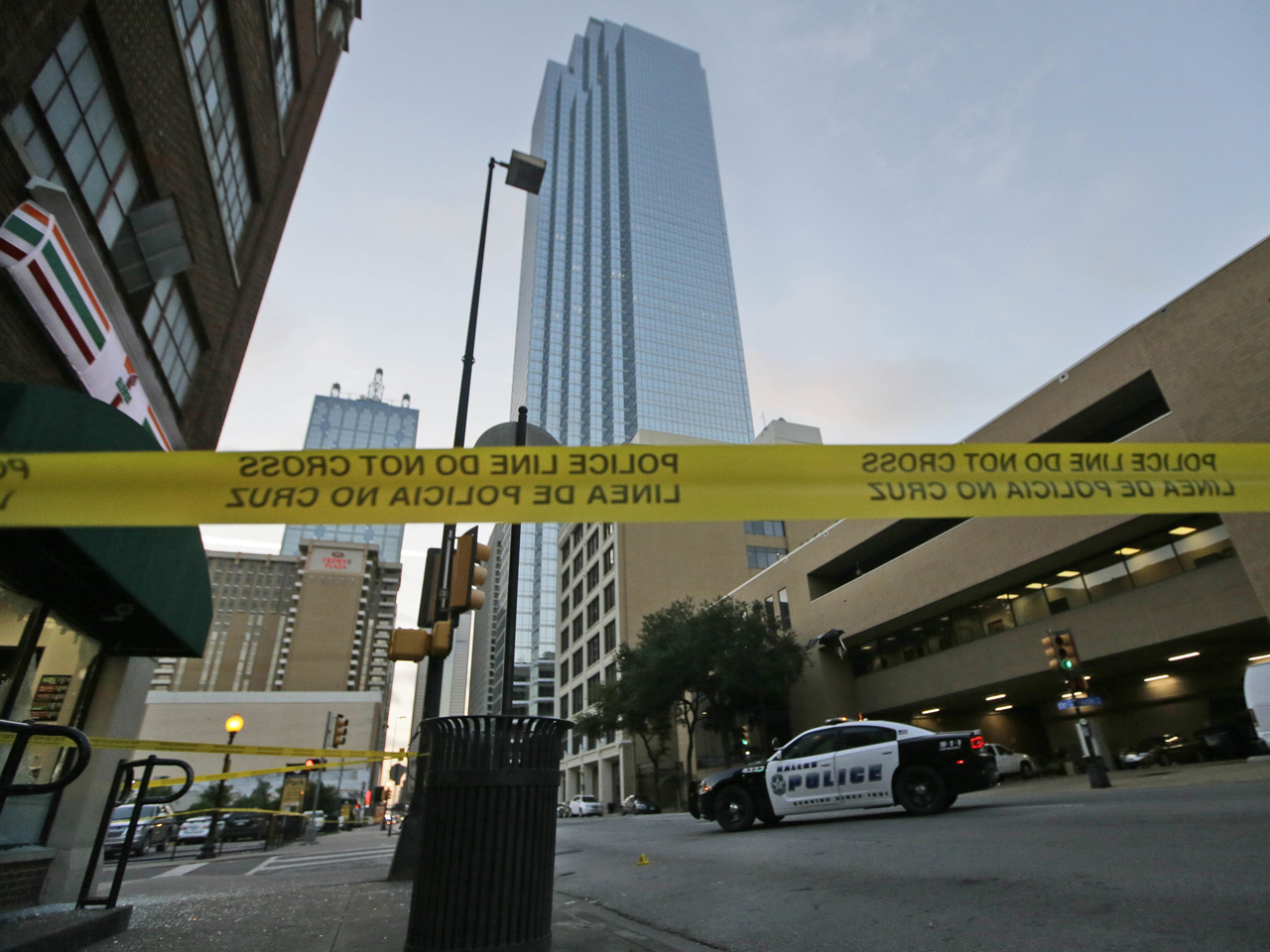 NEW YORK -- Experts say it's extremely rare and possibly a "first" for a police department to use a bomb robot with an explosive device to kill a suspect who poses a threat, as Dallas police say they did following shootings that left five officers dead and seven others wounded.

Mayor Mike Rawlings said a suspect was slain by police in a downtown building after he had exchanged gunfire with authorities. CBS News confirmed that the suspect has been identified as Micah Xavier Johnson, 25.

During the standoff, Brown said police cornered the suspect and tried to negotiate with him for several hours. But negotiations broke down and the suspect exchanged gunfire with police, Brown said.

"We saw no other option but to use our bomb robot and place a device on its extension for it to detonate where the suspect was," Brown said. "Other options would have exposed our officers to great danger."

"I don't know of a situation where a police department has employed this technique as a way to capture the suspect or in this case, to eliminate the suspect," James "Chips" Stewart, director of policing tactics think tank CNA, told Crimesider. "This is pretty much a first."

Stewart said he believed the tactic was an effective way to eliminate a suspect without placing officers on the scene in harm's way. Matt Horace, security analyst and former ATF special agent, agreed.

"This could have ended far worse," Horace said. "I think it's a good option to end a violent hostage negotiation."

Robots have been used in police tactical work for about 20 years and are becoming more technologically advanced, Stewart said.

A "pilot" officer remotely operates the device, powered either by a battery or a cable, using the cameras on the device to help navigate it. Many of the robots have the capability to go up or down stairs and some can breach doors using battering rams, Stewart said.

In many cases, the robots are used to render an explosive device safe without risking the loss of officer life, according to Stewart -- often by transporting the device in a bomb container to a place where it can be safely detonated or defused using a foam or water spray to disrupt the device's electrical charge.

In the Dallas case, however, officers used it for a much different purpose -- to deliver an explosive device with the apparent intent to kill a barricaded suspect. Officers took "sort of a defensive weapon and switched it into a little more of an offensive weapon," Stewart said.

He likened it to the use of a drone strike in warfare.

Ron Hosko, a CBS News security consultant and former FBI assistant director, told CBSN that officers on the scene likely made a tactical decision to kill the suspect based on the threat he posed. The suspect may have been barricaded in a way that wouldn't have allowed a tactical team to get close to him or a sniper to take a shot, he said. The decision was likely informed by intelligence gathered about the suspect, such as whether he was armed or wearing body armor -- both of which were true in this case.

"These are deadly force decisions -- they are very serious decisions," Hosko said.

With police officers dead and seriously injured, "they presumably thought he was such a grave threat to tactical officers who might have moved closer they weren't going to risk further loss of police life."

Before dying, the police chief said, the suspect told officers he was upset about recent shootings and wanted to kill whites, "especially white officers." The suspect had already proven he was a threat and was telling officers on the scene he had explosives, Louden said.

"There's no doubt in my mind this was justified," he said.

Stewart agrees the method was a way for officers "to move quickly in a way that's very safe for them and to stop the threat." But more review of the new technique is needed to develop best policies and practices.

"I think the lessons learned from this need to be carefully examined in the future and shared with others so it's not used inappropriately," Stewart said.