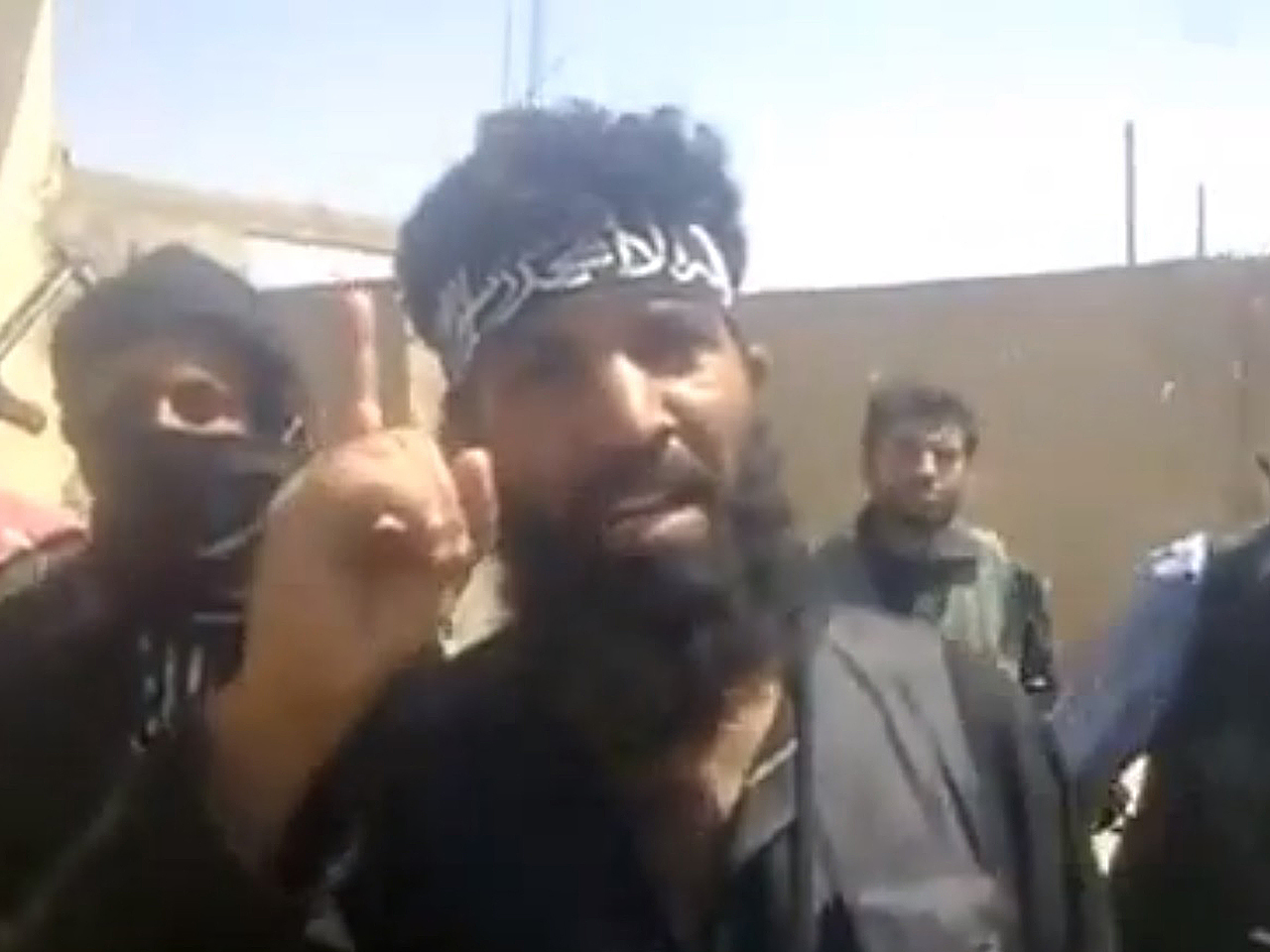 BEIRUT Rebels fighters in Syria have attacked a village in the country's east, killing dozens of Shiites. A Syrian government official denounced the attack, saying it was a "massacre" of civilians.

An opposition group based in London, the Syrian Observatory for Human Rights, which relies on a network of thousands of sources inside Syria from both sides of the conflict, said many of those killed were pro-regime loyalists, but video posted online from the village revealed a much darker side to the war.

The killings, which took place Tuesday in the eastern Deir el-Zour province, highlight the sectarian nature of Syria's conflict that has killed more than 80,000 people, according to the U.N.

The Britain-based Syrian Observatory for Human Rights said at least 60 people were killed in the village of Hatla in the oil-rich province that borders Iraq.

With a steady drumbeat from some U.S. and European politicians calling for the West to arm Syria's rebels, the composition of the rebel force on the ground is vital to understand, and the men who committed at least some of the killings in Hatla were not Syrian, and were not men who the West would want to arm.

In a video posted Tuesday on YouTube, a man shows the dead bodies of several Shiite Syrians in Hatla, and angrily calls on his fellow Sunnis to "massacre" their Shiite compatriots. The man speaking is not Syrian, he is Kuwaiti, and very few of the armed "rebels" seen with him in the video sound Syrian -- the accents are largely Kuwaiti and Iraqi. There were other, similar videos posted of the alleged massacre in Hatla.

Thousands of rebels took part in the attack and at least 10 of them were killed in the fighting, said the Observatory. Not all of the fighters will likely have been hardcore Sunni extremists like the Kuwaiti man in the video, but many will have been. This sort of "Syrian rebel" forms a large part of the disparate forces fighting against Assad in Syria.

Even among the actual Syrian rebels there are many who fight under the banner of groups like the al Qaeda-linked Jabhat al-Nusra. These men, hundreds of them, fight to oust Assad in the name of establishing a Sunni Muslim state ruled under Sharia law -- not a Syria modeled on the West's idea of democracy.

While leaders in Washington, Paris and London continue to suggest the option of arming "vetted" rebel groups remains on the table, there's strong evidence to suggest that previous covert efforts to funnel arms into opposition hands through neighboring countries (efforts which were reportedly green-lighted by the Obama administration) ended up arming the extremists.

Many videos appeared early this year showing militants from the various Islamic extremist factions -- including al-Nusra, which the U.S. officially labeled a foreign terrorist group -- with advanced weapons.

There has been no proof that the leaders of the moderate rebel factions which answer to the opposition's Western-backed Supreme Military Council have the operational ability to control arms supplies on the ground. Moderate and extremist factions take on Assad's forces together on the battle field, and trying to arm one group and ensure those arms are not shared with extremist factions would be a huge challenge to any new efforts by the opposition's international allies.

In Damascus, a government official said the rebels "carried out a massacre against villagers in which older people and children were killed." The official spoke on condition of anonymity because he was not authorized to speak to the media.

In the video seen by CBS News, the Kuwaiti militant who shows off the bodies does not refer to the slain men as fighters, and before his call on Sunnis to kill Shiites, he warns that he and his men are, "now preparing to storm the homes of Shiites who support al-Assad's regime in the village."

The killings in Deir el-Zour came a week after Syrian troops, backed by Lebanon's militant Shiite Hezbollah group, captured the strategic town of Qusair near the Lebanese border after nearly three weeks of fierce battles that killed dozens of troops, rebels and Hezbollah members.

Hezbollah's involvement in the Qusair battle underlined the group's commitment in support of President Bashar Assad's regime and edged the civil war in Syria closer to a regional sectarian conflict pitting the Middle East's Iranian-backed Shiite axis against Sunnis.

Most of the armed rebels in Syria are from the country's Sunni majority, while Assad has retained core support among the minorities, including his own Alawite sect, an offshoot of Shiite Islam, along with Christians and Shiites.

An activist based in Deir el-Zour said the rebel attack was in retaliation for an attack Monday by Shiites from Hatla that killed four rebels. Thaer al-Deiry, who identified himself only by his nickname for fear of government retaliation, said via Skype that rebels gathered and launched the counter attack Tuesday.

He said some 150 Shiites from the village fled across the Euphrates River to the government-held village of Jafra.