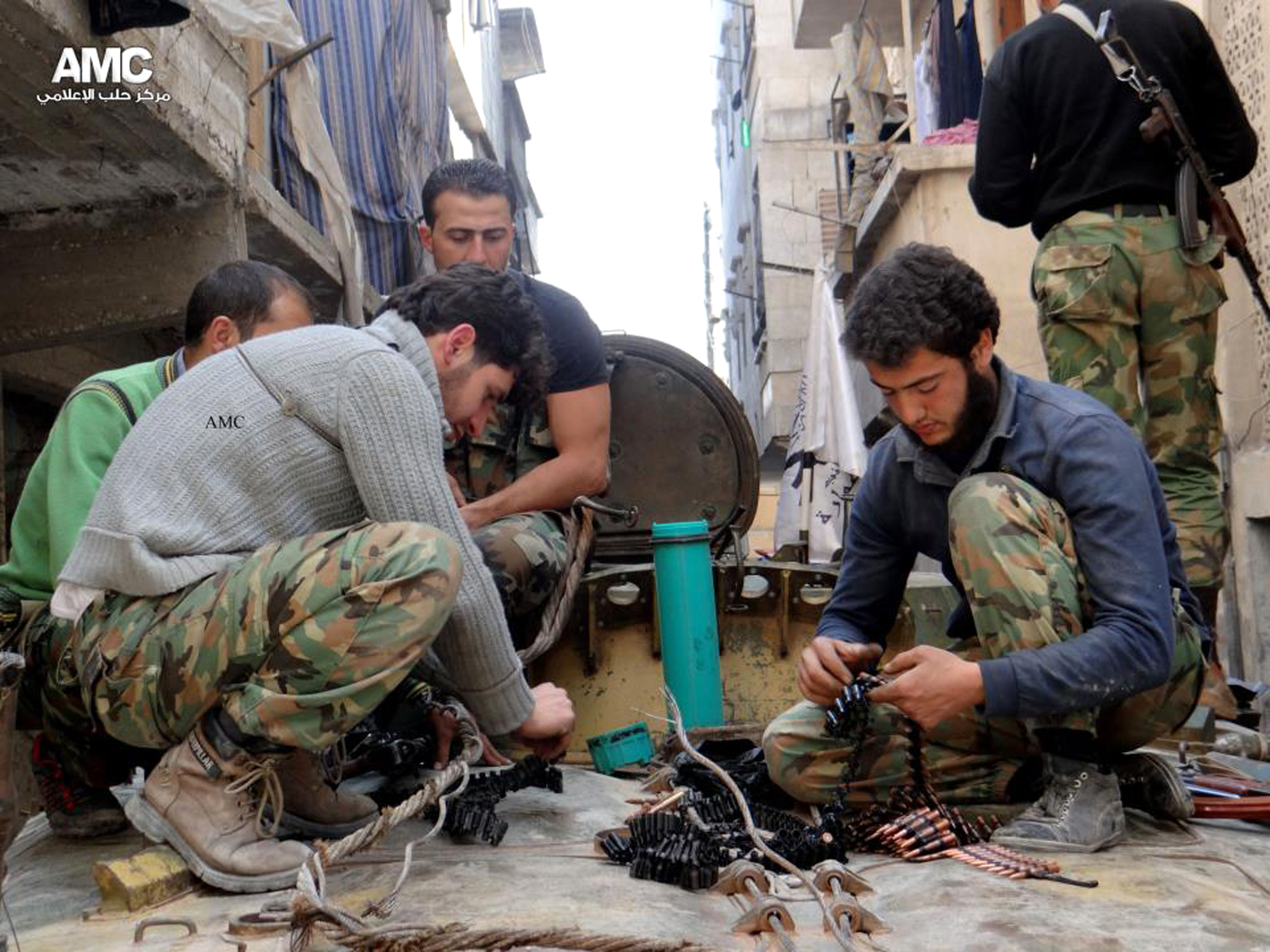 WASHINGTON The Obama administration began discussing Monday whether the Assad regime's rapid military advance across the heart of Syria necessitates a drastic U.S. response, with officials saying a decision on arming beleaguered rebels could happen later this week.

Top aides from the State and Defense Departments, the CIA and other agencies were gathering for a "deputies meeting" at the White House on Monday afternoon. There, they'll seek to lay the groundwork for a meeting that President Barack Obama will hold with his senior national security staff, planned for Wednesday, said U.S. officials, who weren't authorized to speak publicly on the closed-doors talks and demanded anonymity.

Moved by the Syrian regime's rapid advance, officials say the administration could approve lethal aid for the rebels in the coming days. The president and his advisers also will weigh the merits of a less likely move to send in U.S. airpower to enforce a no-fly zone over the civil war-wracked nation, officials said.

The White House meetings are taking place as Syrian President Bashar Assad's government forces are apparently poised for an attack on the key city of Homs, which could cut off Syria's armed opposition from the south of the country. As many as 5,000 Hezbollah fighters are now in Syria, officials believe, helping the regime press on with its campaign after capturing the town of Qusair near the Lebanese border last week.

Opposition leaders have warned Washington that their rebellion could face devastating and irreversible losses without greater support.

Secretary of State John Kerry postponed a planned trip Monday to Israel and three other Mideast countries to participate in White House discussions, officials said. He may travel to the region later in the week.

White House spokesman Jay Carney said Obama's Syria policy was under constant review to find "what policy tools will help achieve our goal, which is a transition in Syria to a post-Assad government that respects the rights of the Syrian people and that gives that country a chance for a better future, a democratic future and an economically prosperous future."

While nothing has been concretely decided, U.S. officials said Obama was leaning closer toward signing off on sending weapons to vetted, moderate rebel units. The U.S. has spoken of possibly arming the opposition in recent months but has hesitated because it doesn't want groups that are linked to al Qaeda and other extremists fighting alongside the anti-Assad militias to end up with the weapons.

Obama already has ruled out any intervention that would require U.S. military troops on the ground. Other options such as deploying American air power to ground the regime's jets, gunships and other aerial assets are being more seriously debated, officials said, but they cautioned that a no-fly zone or any other action involving U.S. military deployments in Syria were far less likely right now. The U.S. can provide weapons without sending soldiers into Syria, either by sending materiel to rebels in neighboring Turkey and Jordan or working with regional allies.

The president also has declared chemical weapons use by the Assad regime a "red line" for more forceful U.S. action. American allies including France and Britain have say they've determined with near certitude that Syrian forces have used low levels of sarin in several attacks, but the administration is still studying the evidence. The U.S. officials said responses that will be mulled over in this week's meetings concern the deteriorating situation on the ground in Syria, independent of final confirmation of possible chemical weapons use.

U.S. lawmakers, particularly in the Senate, are clamoring for greater action.

In a letter to Obama on Monday, Sen. Bob Corker of Tennessee, the ranking Republican on the Senate Foreign Relations committee, urged the president to start providing lethal aid as soon as possible to "shift momentum away from radical Islamist groups, the Assad regime and its militias toward more moderate elements."

But Rep. Adam Schiff, D-Calif., a member of House Intelligence committee, said the U.S. shouldn't get drawn into the conflict. "We have a poor track record of intervening in sectarian civil wars," he said. "We need to be mindful of limitations in our ability to shape the outcome and very resistant to being pulled in in a way that we cannot later extricate ourselves very easily."

Any intervention could have wide-reaching ramifications for the United States and the region. It would bring the U.S. closer to a conflict that has killed almost 80,000 people since Assad cracked down on protesters inspired by the Arab Spring in March 2011 and sparked a war that has since been increasingly defined by interethnic clashes between the Sunni-led rebellion and Assad's Alawite-dominated regime.

And it would essentially pit the United States alongside regional allies Saudi Arabia, Turkey and Qatar in a proxy war against Iran, which is providing much of the materiel to the Syrian government's counterinsurgency and, through Hezbollah, more and more of the manpower.

Syria's precarious position in the heart of the Middle East makes the conflict extremely unpredictable. Lebanon, across the western border, suffered its own brutal civil war in the 1970s and the 1980s and is already experiencing increased interethnic tensions. Iraq, to Syria's east, is mired in worsening violence. And Israel to the southwest has seen shots fired across the contested Golan Heights and has been forced to strike what it claimed were advanced weapons convoys heading to Hezbollah, with whom it went to war with in 2006.

At the same time, it's unclear how Washington could fundamentally change the trajectory of a conflict that has increasingly tilted toward Assad in recent months without providing weapons to the opposition forces or getting involved itself.

If the regime seizes control of Homs, it would clear a path for it from Damascus to the Mediterranean coast and firm up its grip on much of the country.