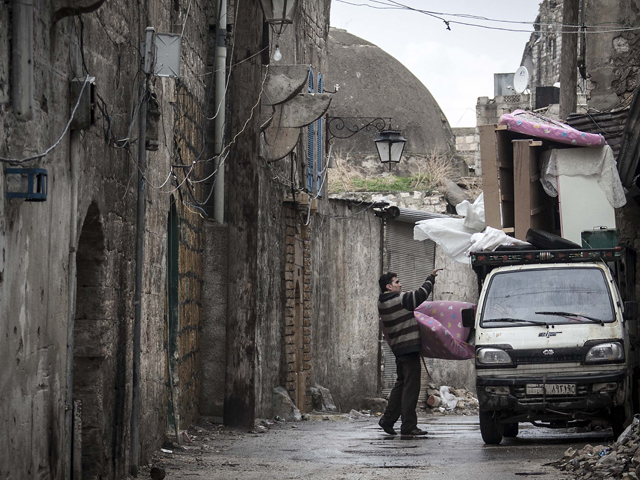 WASHINGTON The Obama administration is preparing to designate a Syrian rebel group with alleged ties to al Qaeda as a foreign terrorist organization in a step aimed at blunting the influence of extremists within the Syrian opposition, U.S. officials said Wednesday.

Word of the move came as the State Department announced that Secretary of State Hillary Rodham Clinton will travel to the Mideast and North Africa next week for high-level meetings on the situation in Syria and broader counter-terrorism issues.

The step will freeze any assets that members of Jabhat al-Nusra have in U.S. jurisdictions and bar Americans from providing the group with material support, the officials said.

But the designation, which is expected in the coming days, probably next week as Clinton heads to the Middle East, would be largely symbolic because the group is not thought to have significant holdings or support in the United States.

The officials said the administration hopes the penalties will encourage other nations to take similar action and discourage Syrians from joining a blacklisted group.

The officials spoke on condition of anonymity because they were not authorized to preview the designation publicly.

They said the administration had planned to announce the designation this week but decided to hold off until after Syrian opposition leaders and their supporters were informed that the measures against Jabhat al-Nusra are not aimed at them and do not signal a shift in U.S. backing for moderate foes of President Bashar Assad's government.

The move will complement the administration's expected decision to recognize the opposition's new leadership council as the sole legitimate representative of the Syrian people. Officials say Secretary of State Hillary Rodham Clinton is likely to announce that recognition at a meeting of the Friends of Syria group in Morocco on Dec. 12.

Jabhat al-Nusra, which means "the Support Front" in Arabic, has claimed responsibility for suicide bombings and other attacks on Syrian government targets. Its activity has raised fears of a growing Islamic militant element among the opposition.

It's difficult to gauge how much power Jabhat al-Nusra has in the uprising.

Although members of the group insist that foreigners account for only a tiny fraction of the group's fighters, others have estimated that fighters come from Libya, Tunisia, Egypt, Saudi Arabia, Iraq, the Balkans and elsewhere. Many are veterans of previous wars who came to Syria for what they consider a new "jihad," or holy war, against Assad.

Other Syrian rebels have tried to dissociate themselves from the Jabhat al-Nusra bombings for fear their uprising will be tainted with the al Qaeda brand.

The fear of Islamic extremism resonates deeply in Syria, a country with many ethnic and religious minorities. The Assad dynasty long has tried to promote a secular identity in Syria, largely because it has relied heavily on its own Alawite base in the military and security forces in an overwhelmingly Sunni country.

The U.S. move will complement the administration's expected decision to recognize the opposition's new leadership council as the sole legitimate representative of the Syrian people. Officials say Clinton is likely to announce that recognition at a meeting of the Friends of Syria group in Morocco on Dec. 12.

The State Department said Wednesday that Clinton would lead the U.S. delegation to the meeting in Marrakech and would also meet Moroccan King Mohammed VI for talks likely to center on the rise of al Qaeda linked extremists in northern Mali.

She will then visit Tunisia for a good governance conference and the United Arab Emirates, where she will attend a global counterterrorism forum in Abu Dhabi, the State Department said.