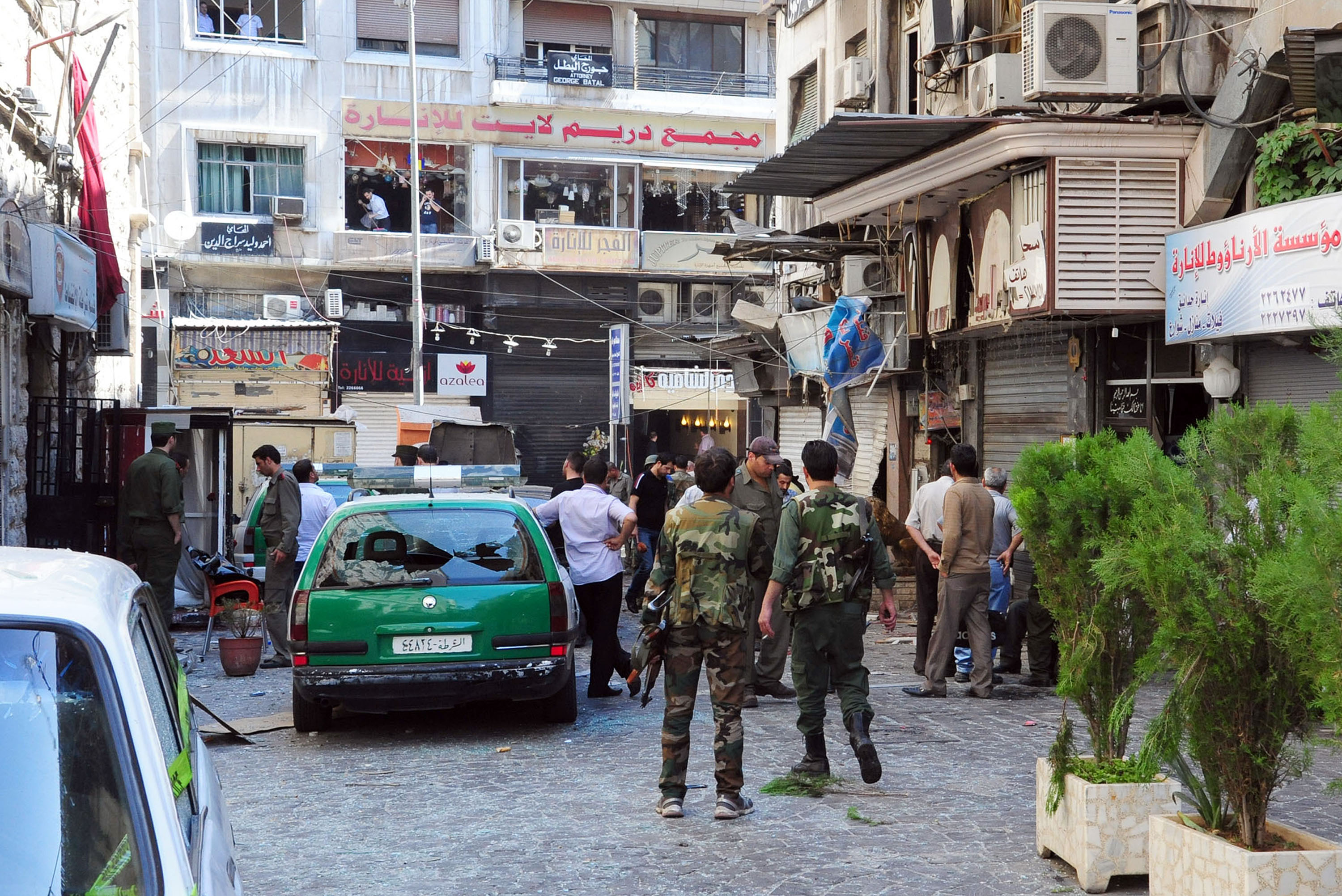 The state-TV Ikhbariya TV station showed footage of broken shop facades and mangled cars in the central Marjeh Square as ambulance workers were seen carrying the wounded on stretchers. The bustling square was scene to previous attacks earlier this year.

CBS News' George Baghdadi reported that, according to Syrian officials, at least 14 people were killed and 30 more injured, according to a preliminary survey of the casualties.

The target of Tuesday's attack was not immediately clear, reported Baghdadi. The blasts struck near a hotel, shopping centers, a police station and close to Interior Ministry building, which was targeted in a massive suicide bomb attack on April 30, killing 15 people and leaving dozens more wounded.

The Britain-based Syrian Observatory for Human Rights, which has a network of activists on the ground in Syria on both sides of the conflict, said the explosions were caused by bombs left in the area. It was not immediately possible to reconcile the two accounts.

Suicide attacks and car bombs have become common in Damascus. Tuesday's twin explosions in the capital are the first since government troops captured Qusair, a strategic town in the central province of Homs, the linchpin linking Damascus with the regime strongholds on the Mediterranean coast.

Assad's army has continued to push north since the key victory in Qusair, claiming several towns in what the government said Monday was a new offensive aimed at eventually reclaiming the entire northern city of Aleppo from opposition forces.

There was no immediate claim of responsibility for Tuesday's attack, but car bombs and suicide attacks targeting Damascus and other cities that remain under government control have been claimed in the past by the al Qaeda affiliated Jabhat al-Nusra — one of scores of rebel factions fighting the forces of President Bashar Assad.

On Saturday, a suicide bomber detonated his explosives-laden car in the central city of Homs, tearing through an area largely populated by the regime's Alawite sect and killing seven people.

Syria's conflict started with largely peaceful protests against Assad's regime in March 2011 but eventually turned into a civil war that has killed more than 80,000 people, according to the United Nations.