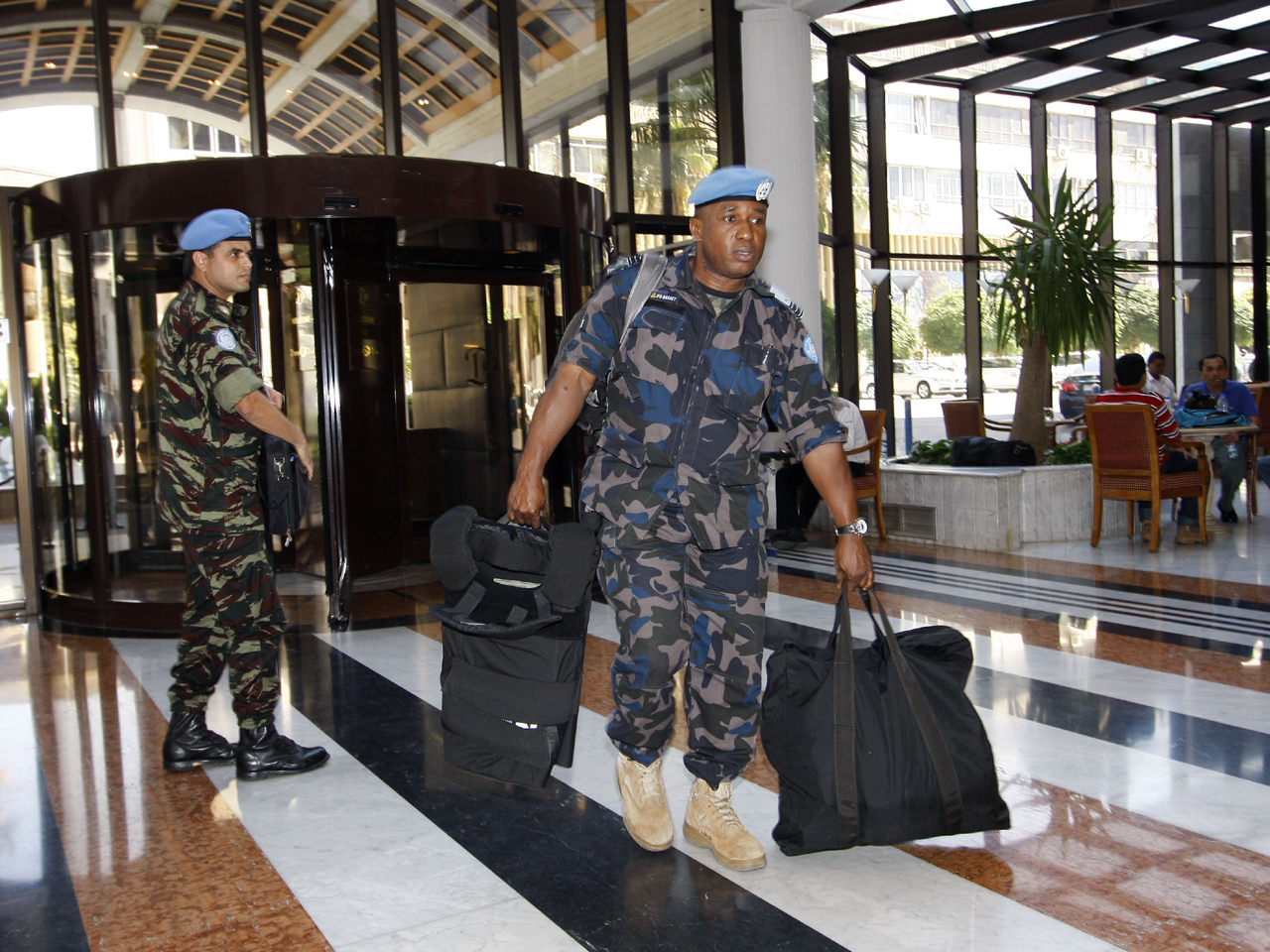 The activists say government forces are advancing into some neighborhoods, going house to house to find rebel fighters.

The spike in violence over the past couple of days in the capital - reportedly the heaviest fighting Damascus has seen this month - comes as United Nations monitors are pulling out of the country.

Their mission expired over the weekend, and it was decided by U.N. Security Council members that it would not be extended because the situation is far too dangerous and, frankly, they weren't having much success in halting the bloodshed when they were there.

There's also continued fighting reported in Aleppo, Syria's largest city and the nation's economic engine. Syrian state television showed what they called a pro-government rally in Aleppo and the capture of weapons from rebel fighters. There is no way to verify any of the material, and both Syria's government and the rebels have disseminated misinformation to try and claim the edge in the propaganda war.

As the situation continues to deteriorate in Syria, there are mounting concerns over Assad's stockpile of chemical weapons. Earlier this week, President Obama said use of those weapons would be considered a "red line," and would carry "enormous" consequences.

To that end, President Obama called British Prime Minister David Cameron on Wednesday to discuss the weapons caches, agreeing with the U.K. leader that even the threat of the use of those weapons would prompt the United States and Britain to revisit their approach on Syria.