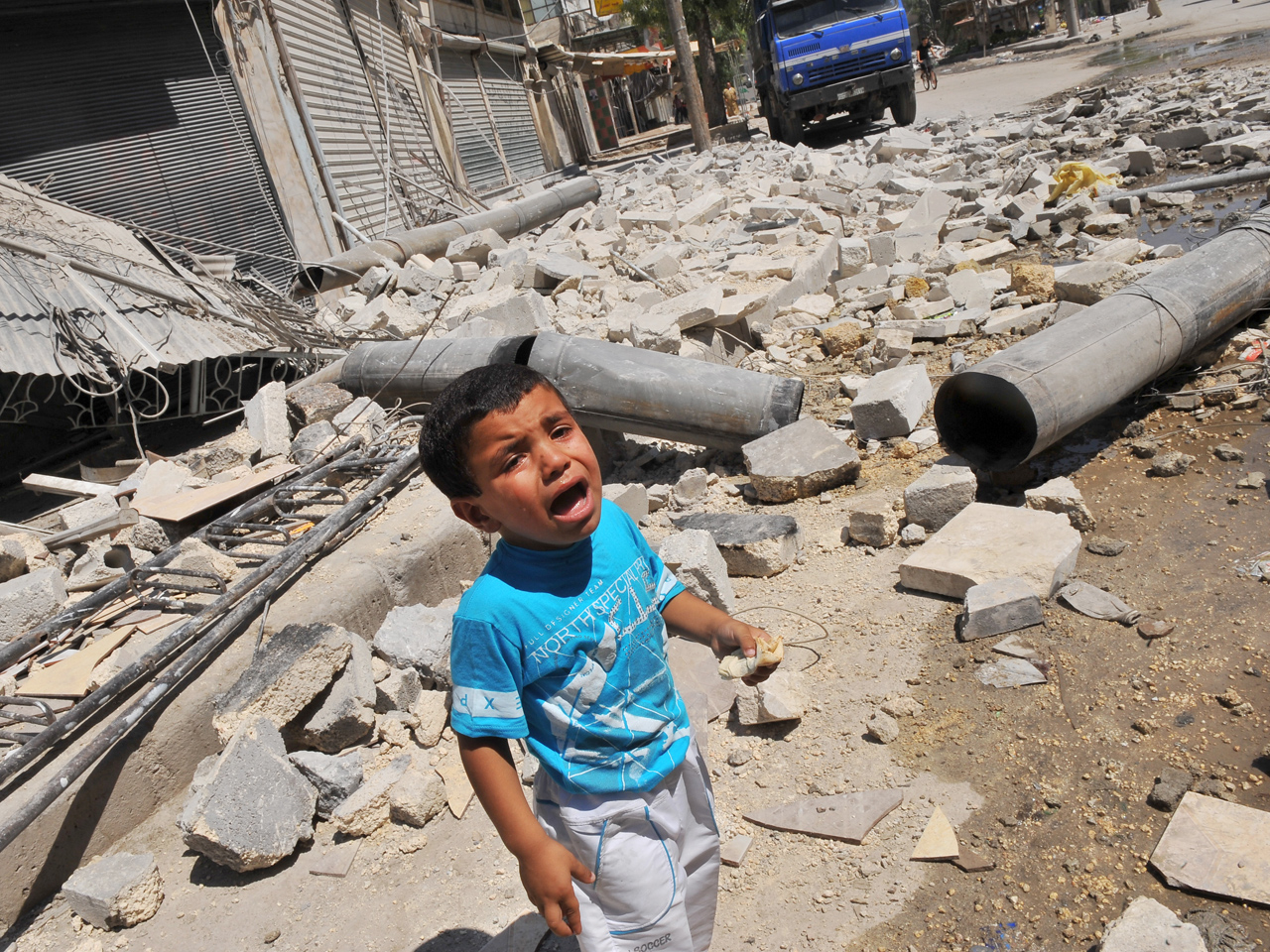 WASHINGTON (AP) - President Barack Obama said Monday the U.S. would reconsider its opposition to military involvement in the Syrian civil war if President Bashar Assad's beleaguered regime deploys or uses chemical or biological weapons. He called such action a "red line" for the United States.

Speaking to reporters at the White House, Obama said the use of such weapons of mass destruction would considerably widen a conflict that has already dragged on for a year-and-a-half and killed some 20,000 people, according to activists. Syria possesses extensive chemical and biological weapons stockpiles and has threatened to use them if the country comes under foreign attack.

"That's an issue that doesn't just concern Syria. It concerns our close allies in the region, including Israel. It concerns us," Obama said, also acknowledging the possibility that militant groups might acquire some of those weapons. "We cannot have a situation where chemical or biological weapons are falling into the hands of the wrong people."

The president noted that he has not ordered any armed U.S. intervention yet, but said: "We have communicated in no uncertain terms with every player in the region, that that's a red line for us, and that there would be enormous consequences if we start seeing movement on the chemical weapons front, or the use of chemical weapons. That would change my calculations significantly."

The remarks outlined for the first time the point at which the administration could feel forced to intervene militarily in Syria's increasingly messy war, even if Obama stopped short of saying WMD use would necessarily prompt an American military response.

His administration has been reluctant to get too involved in Syria's spiraling violence out of fear that it would further militarize the conflict and worsen chances of a political solution. Continued deadlock at the United Nations means there is no clear mandate for the U.S. to help patrol Syrian airspace to stop airstrikes on rebel outposts, as Sen. John McCain and others have urged. And administration officials insist they know too little about much of Syria's opposition to start providing them weapons.

In issuing its threat last month, Syria acknowledged for the first time that it has what is believed to be among the biggest chemical and biological weapons programs in the world. Assad's military regime is believed to have mustard gas like the type used by Saddam Hussein against Iran and Iraq's Kurdish minority in the 1980s, as well as nerve agents such as tabun, sarin and VX that can be delivered in missiles, bombs, rockets, artillery shells or other large munitions.

Obama said U.S. officials were monitoring the situation "very carefully," and have assembled a range of contingency plans.

His declaration of a "red line" comes two days before the top U.S. diplomat for the Mideast, Beth Jones, leads an interagency delegation to Turkey to begin work on plans for worst-case scenarios in Syria, paramount among them a chemical or biological weapons attack on regime opponents.

State Department spokeswoman Victoria Nuland said representatives of the Defense Department and U.S. intelligence community would be represented in the delegation. The U.S. and its NATO ally will sit down "together to share operational picture, to talk about the effectiveness of what we're doing now and about what more we can do," she said.

The planning work follows a meeting earlier this month between Secretary of State Hillary Rodham Clinton and Turkish Foreign Ahmet Davutoglu in Istanbul, where they announced the creation of a Syria response team to coordinate military, intelligence and political strategies in the event of a chemical attack.

Israel is among the most concerned. It is worried that as Assad's grip on power loosens, it could transfer weapons to groups such as Hezbollah or Hamas that it has supported in the past. And it fears that if rebels seize chemical or biological agents, they could fall into the hands of al-Qaida linked fighters or other extremist elements now fighting for the opposition.

In Syria, government forces heavily shelled the cities of Aleppo and Daraa and a suburb of Damascus on the second day of the major Muslim holiday of the Eid al-Fitr marking the end of the holy month of Ramadan. Up to 30 people were killed, rights groups and activists said. After a lull in the civil war on the holiday's first day, Monday's renewed fighting showed Assad's regime was not letting up on its drive to quell the 18-month-old uprising out of respect for the occasion.

The U.S. has limited its aid so far to humanitarian relief and communications equipment while trying to help the opposition come up with a blueprint for a post-Assad future, which the U.S. says is only a question of time. The approach aims to avoid a repeat of the post-Saddam chaos in Iraq by preventing sectarian strife and ensuring that the state continues to supply water, electricity and other basic services. Officials have called this regime change with a "soft landing."

Obama reiterated his call for Assad to step down, while offering a realistic assessment of the chances for a peaceful solution.

"So far he hasn't gotten the message, and instead has doubled down in violence on his own people," the president said. "The international community has sent a clear message that rather than drag his country into civil war, he should move in the direction of a political transition. But at this point the likelihood of a soft landing seems pretty distant."