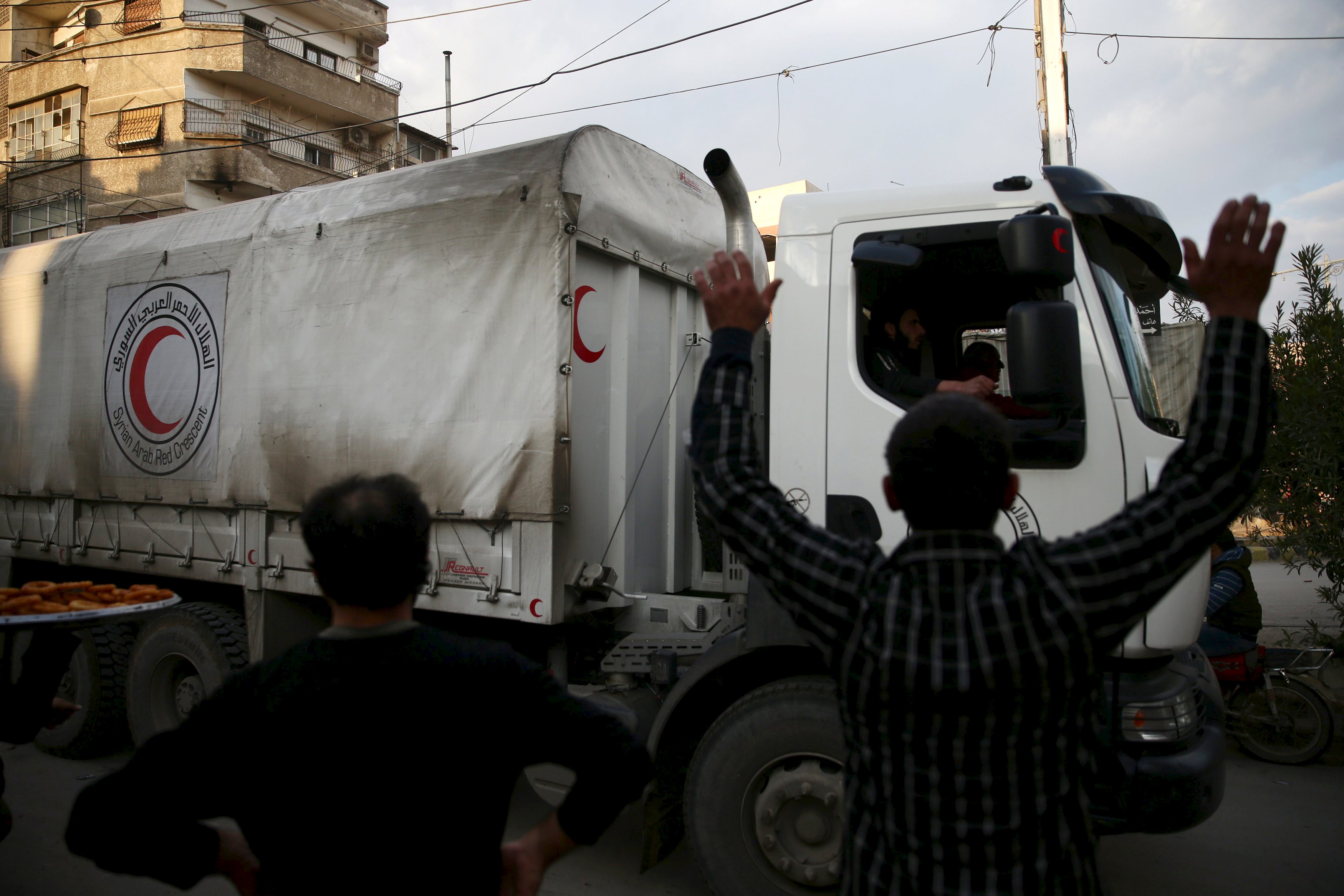 The U.N. humanitarian agency said Wednesday that aid convoys to besieged areas of Syria were being delayed because of several issues of a "logistical nature."

Spokesman Jens Laerke of the U.N. Office for the Coordination of Humanitarian Affairs said it was critical for the assistance to proceed but "we need a much simpler procedure."

As a U.S. and Russian-engineered cease-fire took hold in Syria, the U.N. said Monday it planned to deliver assistance to about 154,000 people over the following five days in Syria.

Some assistance entered the Damascus suburb of Moadamiyeh Monday but the rest of the aid has been held up. Laerke told AP in Geneva "it's a mixture of things" including "facilitation letters" that are still pending with the Syrian government.

CBS News correspondent Elizabeth Palmer says the fragile truce has largely been holding, in spite of frequent complaints of violations from both sides in the five-year war.

Palmer saw Syrians in the once thriving city of Homs, recently taken back from rebels by Syrian forces, daring to being rebuilding their lives, and even sounding optimistic that the temporary cease-fire could lead to a broader, longer-lasting peace deal.