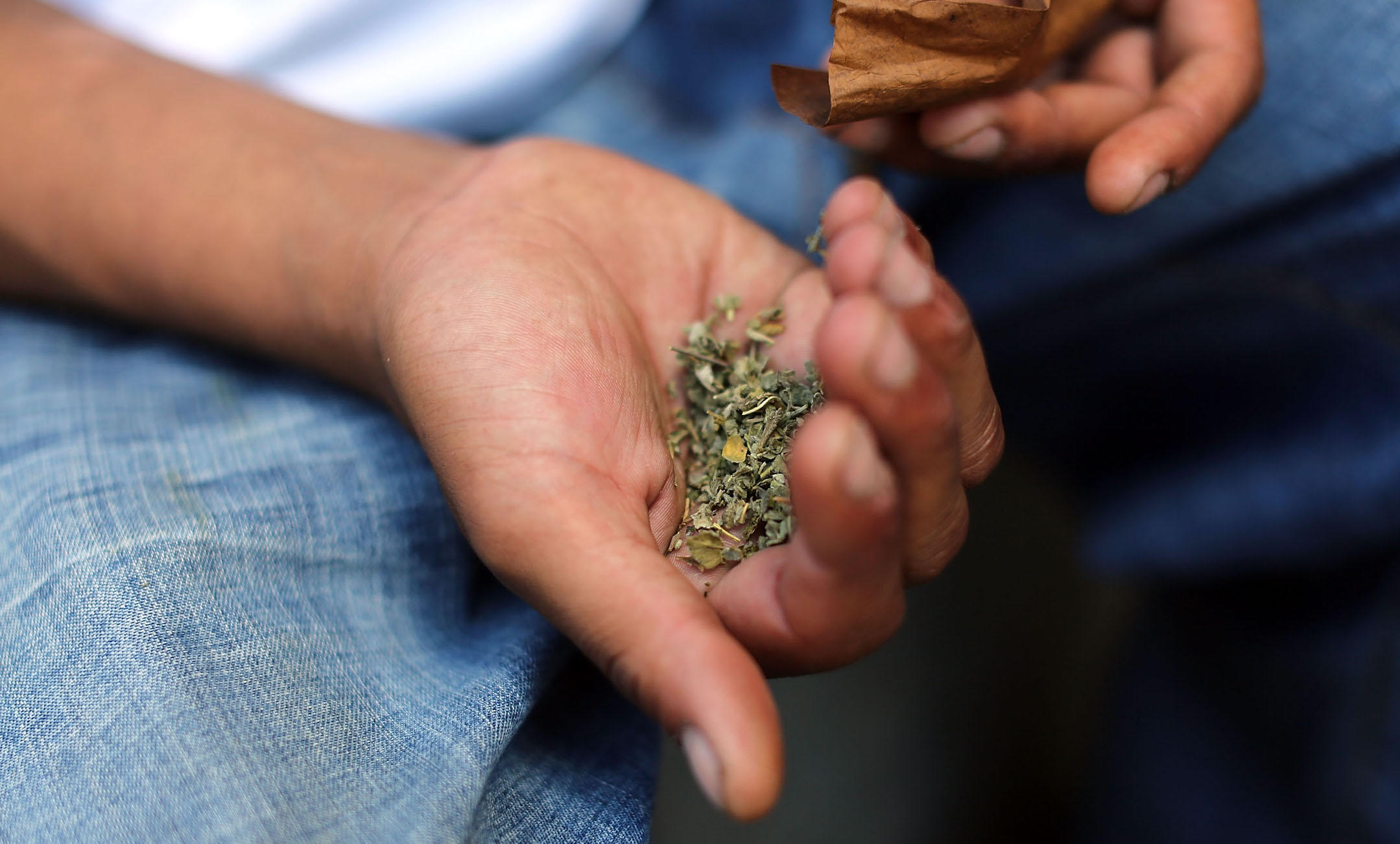 More than 150 people experienced non-fatal overdoses on synthetic marijuana over the span of one week in Lancaster County, Pennsylvania, according to C. Robert May, the director of Lancaster Emergency Medical Services.

"In a one week span -- from July 7 to July 14 -- we've had about 115 calls to 911 for K2 overdoses, synthetic marijuana, and some of those calls resulted in multiple patients," May told CBS News on Friday, adding that the total number of patients was 158.

"We're seeing very sick patients, individuals who have very low blood pressure, are unconscious, and they're getting admitted to intensive care. This is also taxing the local hospitals that are well above capacity," May said. "It ties up resources when other calls are coming in, and that results in delayed response times."

The patients were typically 20 to 40 years old, May said, adding the non-profit medical center is accustomed to treating patients for heroin overdoses, averaging about 8 to 9 cases each day. But K2 seems to be making a comeback in the area.

"We don't know why if it's because -- this is an assumption -- whether the demand is still high for heroin and the supply is not there so people are turning to K2, or just some bad K2 has hit the street. I'm inclined to think its the latter," May said.

The spike in overdoses is taxing for Lancaster Emergency Medical Services, he added, but they're doing the best they can responding to the increase in calls.

"It's taxing the system, it's stretching resources. Most of this is uncovered costs for us, many of these individuals have inadequate insurance or no insurance, so there's a financial burden on us as well. It's fatiguing to run call after call after call," May said.

The Center for Disease Control and Prevention says that while synthetic marijuana is illegal, it is widely available and popular among teenagers and young adults. The agency says poison centers in 48 states received 3,572 calls relating to synthetic marijuana use over a 5-month period in 2015 -- a 229 percent jump from 2014.

Synthetic marijuana can raise blood pressure, reduce blood supply to the heart and cause kidney damage and seizures, according to the National Institute on Drug Abuse.

Last year, synthetic marijuana led to a mass overdose in New York City, which sent 33 people to the hospital. One witness told CBS News correspondent Michelle Miller that his experience seemed like a scene straight "out of a zombie movie."

"As I was walking up a block, I see anybody laying out on the floor, and everybody's just stumbling all over the place," the Brooklyn man said.