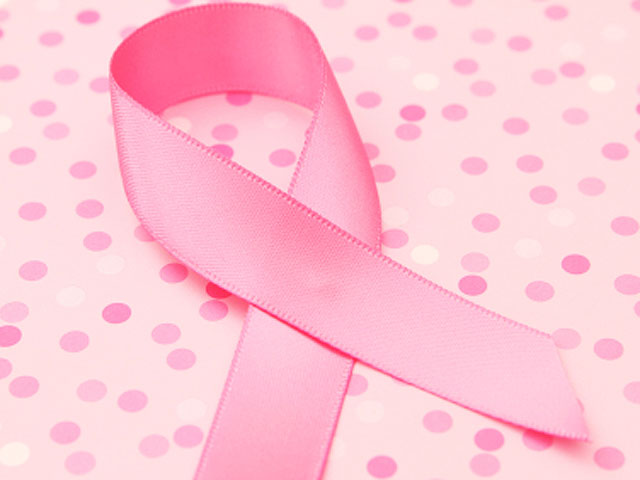 Prominent breast cancer charity The Susan G. Komen for the Cure Foundation is defending its recent decision to pull funding from Planned Parenthood, arguing the move was "not about politics" in a statement it says is designed to "set the record straight."

"We are dismayed and extremely disappointed that actions we have taken to strengthen our granting process have been widely mischaracterized," the organization said Wednesday afternoon.

Its statement continued: "Throughout our 30 year history, our priority has always been and will continue to be the women we serve. As we move forward, we are working to ensure that there is no interruption or gaps in services for the women who need our support most in the fight against breast cancer."

Komen has been on the receiving end of scathing criticism since Tuesday, when Planned Parenthood announced that the influential cancer charity had decided to pull hundreds of thousands of dollars worth of annual fundingfor breast cancer screenings and preventative education.

Planned Parenthood and others decried Komen for allegedly caving to pressure from the right in what critics cast as an assault on reproductive health. Planned Parenthood has become a target of Congressional Republicans because it provides abortion services in addition to other women's health services while receiving government support. (The government support cannot be used to pay for abortions.)

"We are alarmed and saddened that the Susan G. Komen for the Cure Foundation appears to have succumbed to political pressure," Cecile Richards, president of Planned Parenthood Federation of America, said on Tuesday. "Our greatest desire is for Komen to reconsider this policy and recommit to the partnership on which so many women count."

Critics of the decision have pointed to the fact that Komen recently hired a vice president who had pushed for the defunding of Planned Parenthood during a gubernatorial run.

According to Komen, the decision was born not out of political pressure but rather as part of an ongoing effort to exact "stronger performance criteria for our grantees."

"Starting in 2010, Komen began an initiative to help us do a better job of measuring the impact of community grants," the statement said. "This is important because we invest significant dollars in our local community programs--$93 million in 2011, which provided for 700,000 breast health screenings and diagnostic procedures." (According to Planned Parenthood, it received roughly $680,000 worth of Komen grants in 2011 and $580,000 in 2010.)

Among the new criteria, according to Komen, is the implementation of "more stringent eligibility standards to safeguard donor dollars" - including a clause which prohibits Komen from giving money to organizations that are under local, state or federal investigations. Planned Parenthood is currently being investigated by the House oversight and investigations subcommittee over its funding.

"Some might argue that our standards are too exacting, but over the past three decades people have given us more than just their money," the statement said. "They have given us their trust and we take that responsibility very seriously."

Komen said it was regrettable that longstanding grantees such as Planned Parenthood had been "impacted" but emphasized that they "want to be absolutely clear that our grant-making decisions are not about politics."

Even so, the foundation has over the last 24 hours been subject to a number of attacks from women's health advocates, who saw the decision as part of an ongoing effort by conservative Republicans to take down Planned Parenthood.

In Wednesday remarks on the House floor, Rep. Jackie Speier, D-Calif., a vocal advocate of reproductive rights, said she was "quite saddened" to hear about Komen's "political decision" to pull the funding.

The California Democrat said she has in the past been an avid and involved supporter of the breast cancer charity - "but not anymore."

"Their announcement yesterday that they are no longer going to fund any organization that is being investigated by a federal, state, or local body means that planned parenthood is no longer going to receive $600,000 a year," she said. "Now, ironically yesterday the Komen organization also announced and with great concern in a statement that the dismal rate of breast cancer screening with women who do not have insurance is something like 38.2 percent."

She accused Komen of veering into "political advocacy" and wondered that organization's stringent new standards prevented it from giving funding to groups even before congressional investigations had been completed.

"Last time I checked, we were all presumed innocent until proven guilty," she said. "This ostensible [House] investigation is one that has been called on by Mr. Stearns, who is the subcommittee chair of Energy and Commerce on Oversight. The hearing has never been held. So why would Susan G. Komen take the remarkable step of saying they are no longer going to fund Planned Parenthood?"

The liberal group MoveOn.org, meanwhile, urged supporters to protest the decision and tell "they've gone too far by joining the right-wing war on Planned Parenthood."

Women's health groups like NARAL and Planned Parenthood itself focused on the broader effort to support reproductive rights.

Planned Parenthood on Wednesday launched a multi-state television ad lauding the Obama administration for its recent decision to require that most church-linked organizations offer birth control coverageas part of their health care plans without a copay - a move which NARAL called "one of the biggest victories for women's health in a generation."

"It's important for women across the country to know about the new birth control coverage benefit," Planned Parenthood president Cecile Richards in a statement. "This new benefit means that millions of women, who would otherwise pay $15 to $50 a month, will have access to affordable birth control, helping them save hundreds of dollars each year."