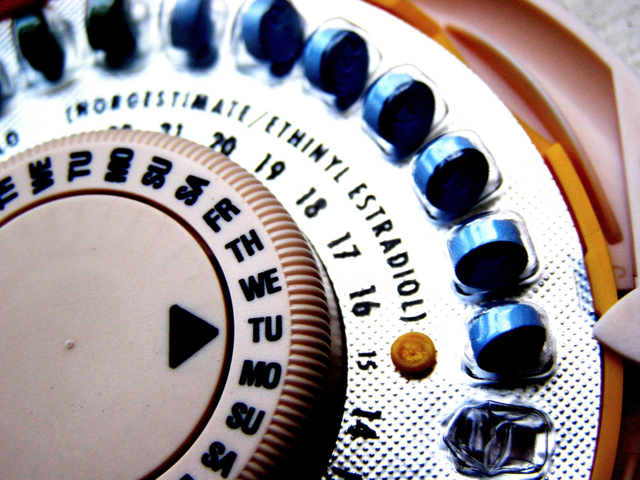 During church services on Sunday, Catholics around the country were read a blistering letter assailing the Obama administration for an "assault on religious liberty" in the form of a coming requirement that most church-linked organizations - among them hospitals, schools and universities - offer birth control coverage as part of their health care plans.

Despite strong lobbying from religious groups, the Health and Human Services Department announced earlier this month that most church-linked groups will not be exempt from the requirements - which also mandate that no co-pay be charged for contraceptive services - though they will have an extra year to comply beyond the August 1 deadline. Churches themselves (along with any other employer that is explicitly focused on offering a religious message, and which primarily employs those who believe in that message) are exempt from the requirement.

Religious groups were outraged by the decision - saying it forced employers at church-linked organizations to violate their conscience - and on Sunday Catholic leaders took their complaints directly to parishioners. As Business Insider reported, similar letters were read in churches around the country complaining that "the Obama Administration has cast aside the First Amendment to the Constitution of the United States, denying to Catholics our Nation's first and most fundamental freedom, that of religious liberty."

In an appearance on "CBS This Morning" Monday, Republican presidential candidate Newt Gingrich brought up the letters, using them as an opportunity to attack both the Obama administration and Republican rival Mitt Romney.

"The Obama administration has just launched an attack on Christianity so severe that every single church in Florida had a letter read from the bishops yesterday all across the country - Cardinal [Timothy] Dolan was leading an effort to explain that, literally, freedom of religion in America is now being attacked by Obama," he said. "The Romneycare does the same thing. Romneycare has tax-paid abortions. Romneycare put Planned Parenthood, the largest abortion provider in America, in the bill. No right to life group's in the bill. Planned Parenthood is. Romney himself approved taking away a conscience clause from Catholic hospitals."

In explaining the decision to require birth control coverage for chuch-linked groups, Health and Human Services Secretary Kathleen Sebelius said that "Scientists have abundant evidence that birth control has significant health benefits for women and their families, it is documented to significantly reduce health costs, and is the most commonly taken drug in America by young and middle-aged women. This rule will provide women with greater access to contraception by requiring coverage and by prohibiting cost sharing."

"This decision was made after very careful consideration, including the important concerns some have raised about religious liberty," she added. "I believe this proposal strikes the appropriate balance between respecting religious freedom and increasing access to important preventive services. The administration remains fully committed to its partnerships with faith-based organizations, which promote healthy communities and serve the common good. And this final rule will have no impact on the protections that existing conscience laws and regulations give to health care providers."

Via Business Insider, the full letter from the Bishop of Marquette, read in church Sunday, is below.

Dear Brothers and Sisters in Christ:

I write to you concerning an alarming and serious matter that negatively impacts the Church in the United States directly, and that strikes at the fundamental right to religious liberty for all citizens of any faith. The federal government, which claims to be "of, by, and for the people," has just been dealt a heavy blow to almost a quarter of those people -- the Catholic population -- and to the millions more who are served by the Catholic faithful.

In so ruling, the Obama Administration has cast aside the First Amendment to the Constitution of the United States, denying to Catholics our Nation's first and most fundamental freedom, that of religious liberty. And as a result, unless the rule is overturned, we Catholics will be compelled to either violate our consciences, or to drop health coverage for our employees (and suffer the penalties for doing so). The Obama Administration's sole concession was to give our institutions one year to comply.

We cannot--we will not--comply with this unjust law. People of faith cannot be made second class citizens. We are already joined by our brothers and sisters of all faiths and many others of good will in this important effort to regain our religious freedom. Our parents and grandparents did not come to these shores to help build America's cities and towns, its infrastructure and institutions, its enterprise and culture, only to have their posterity stripped of their God given rights. In generations past, the Church has always been able to count on the faithful to stand up and protect her sacred rights and duties. I hope and trust she can count on this generation of Catholics to do the same. Our children and grandchildren deserve nothing less.

And therefore, I would ask of you two things. First, as a community of faith we must commit ourselves to prayer and fasting that wisdom and justice may prevail, and religious liberty may be restored. Without God, we can do nothing; with God, nothing is impossible. Second, I would also recommend visiting www.usccb.org/conscience, to learn more about this severe assault on religious liberty, and how to contact Congress in support of legislation that would reverse the Obama Administration's decision.

Sincerely yours in Christ,