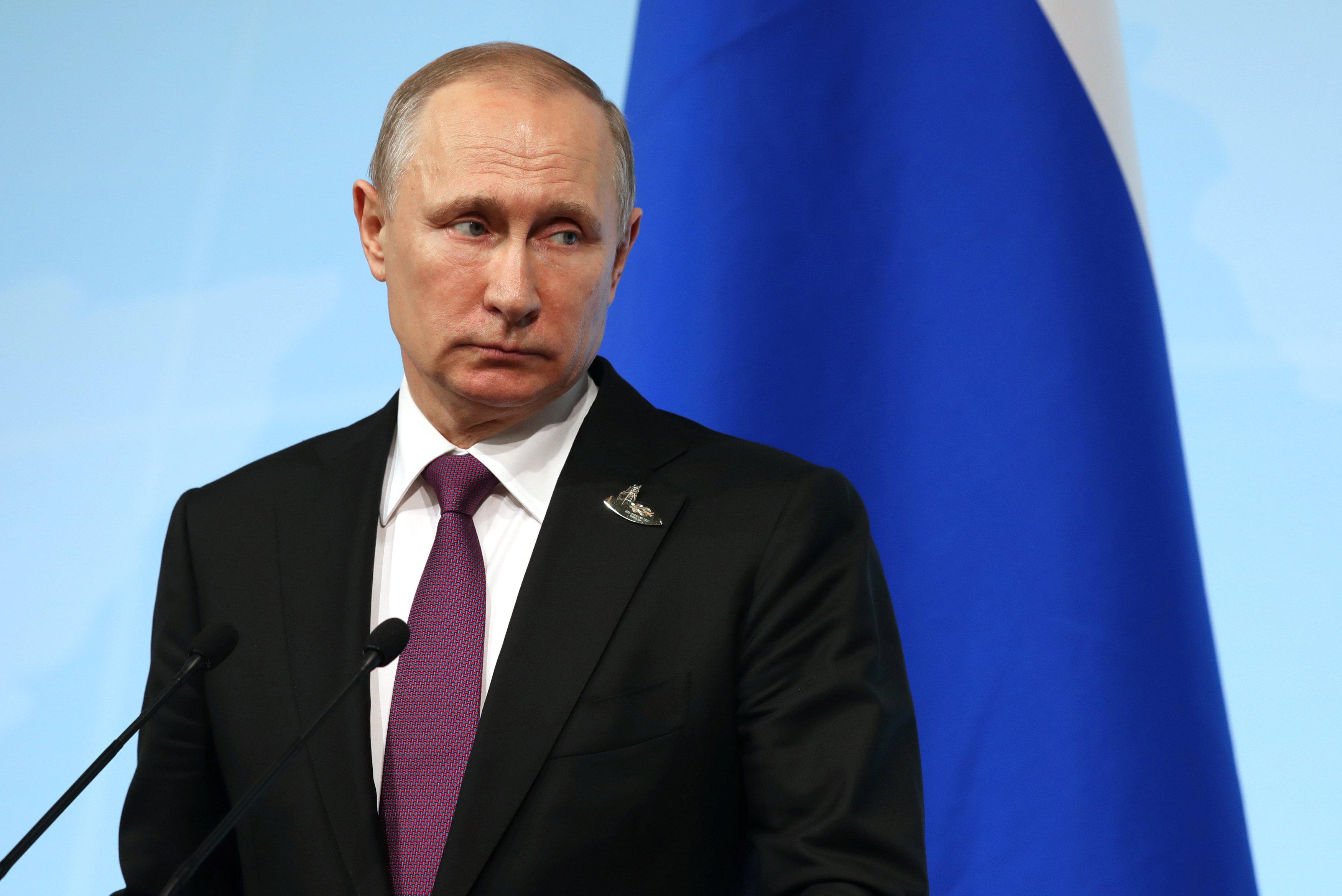 WASHINGTON -- The Trump administration has given Congress a list of Russian officials who may soon become off-limits to anyone who wants to avoid U.S. sanctions, as criticism mounted over the administration's tardy execution of new penalties on Moscow.

Anders Fogh Rasmussen, the former NATO chief and adviser to Ukraine's leader, said Russian President Vladimir Putin "must be laughing right now" at how successfully he's undermined Western democracy. He said the lack of answers from the Trump administration would be seen as a sign of weakness that Putin would exploit.

"He's achieved much more than he could have ever dreamed of when it comes to undermining the credibility of Western democratic institutions," Rasmussen said Thursday in an Associated Press interview. "When he's watching the ongoing discussion here in Washington, I think it's unbelievable for him that he could achieve that much for a very modest investment in whatever he might have invested in interference in the election or whatever."

The former prime minister of Denmark, Rasmussen joined a growing chorus of Russia critics expressing exasperation that an Oct. 1 deadline came and went without new penalties to punish Russia for interfering in the U.S. election. A law President Trump signed in August requires the administration to produce a list of individuals linked to Russia's defense and intelligence agencies. Anyone who does business with those individuals could then be hit themselves with U.S. sanctions.

With pressure building, Secretary of State Rex Tillerson approved the belated list and authorized its release, State Department spokeswoman Heather Nauert said. Tillerson's deputy spoke Thursday to Republican Sen. Bob Corker, the Senate Foreign Relations Committee chairman and among those seeking an explanation for the delay. The State Department was also sending others in Congress the list of individuals, along with guidance about how businesses and foreign countries can avoid running afoul of the sanctions, officials said.

The possible new U.S. sanctions are a cause for concern and a reflection of Washington's unfriendly and even hostile attitude toward Moscow, Kremlin spokesman Dmitry Peskov told reporters in a conference call Friday, according to the Reuters news agency.

A State Department official gave this explanation for determining a significant transaction.

"We provided a definition for significant transaction in the public guidance, and we did say that as with all sanctions determinations across this law or any other law, there has to be a consideration of the specific circumstances of a transaction and the totality of all the facts that are involved," the official said.

"What we have said – and it is a flexible standard – is that there are some criteria that we could include in looking at transactions, and those would include the scope and magnitude of the transaction, the size of the transaction, the type of items transferred, the national security and/or foreign policy interests of the U.S. at stake in any given transaction," the official added. "So it is not a sort of simple metric, but it does give us a wide range of factors that we would consider in looking at any individual case."

Tillerson has said one reason for the delay has been concern about how the sanctions may affect business and major U.S. allies who do business with Russia's defense and intelligence sectors. Turkey, a NATO ally, has a deal with the Kremlin to buy the S-400, Russia's most advanced air defense missile system. And key security partner Saudi Arabia recently struck an array of deals with Moscow, including contracts for Russian weapons.

Although the list hasn't been made public yet, it's expected to be released more broadly in the coming days, giving businesses and nations a chance to wind down transactions with the off-limits individuals and entities. A three-month grace period will expire on Jan. 28, Nauert said.

Many of the Russian officials have previously been targeted by U.S. sanctions, said individuals familiar with the list given to Congress. These individuals weren't authorized to discuss it publicly and requested anonymity.

The new, congressionally required sanctions were in addition to existing U.S. penalties on Russia for its support of separatists in eastern Ukraine and 2014 annexation of Ukraine's Crimea region.

In a letter to Mr. Trump this week, 20 Democratic lawmakers said the administration had done "nothing to hold Russia accountable" for interfering in the 2016 election.

"This inaction is baffling and unacceptable. It allows Russia or any other hostile actor to believe they can attack American democracy with impunity," said New York Rep. Eliot Engel and the other Democrats.

In the Senate, the chairman of the Armed Services Committee, John McCain of Arizona, and the top Democrat on the Foreign Relations Committee, Ben Cardin of Maryland, called the administration's announcement "a step in the right direction."

"We are encouraged that the sanctions list includes many targets from the Russian defense and intelligence sectors that Congress previously identified and look forward to more closely reviewing the list to ensure that it is comprehensive," they said in a joint statement.

U.S. officials have also cited legal hurdles to getting the sanctions in place. But Rasmussen said the lack of clear communication from the administration was muddying the intended U.S. message that Russian aggression and interference won't be tolerated.

"If there are such legal complications, the administration should as soon as possible engage with Congress to solve those problems, at least inform Congress about those obstacles," Rasmussen said. "Otherwise, the administration will leave the suspicion it's because of a hesitation."

Rasmussen, who began advising Ukrainian President Petro Poroshenko earlier this year, called for the U.S. to provide lethal, defensive weaponry to Ukraine's forces. That move has been under consideration for years, including under President Obama. The U.S. hasn't taken the step despite floating the possibility publicly on several occasions.

"So far, nothing has happened from the administration side," Rasmussen said. Still, he said that just the threat of U.S. weapons potentially flowing to the Ukrainians had affected Putin's deliberations about Ukraine in a positive way. He said he believed Putin's recent proposal to send U.N. peacekeepers to eastern Ukraine reflected the Russian leader's "attempt to find a way out of all of this."