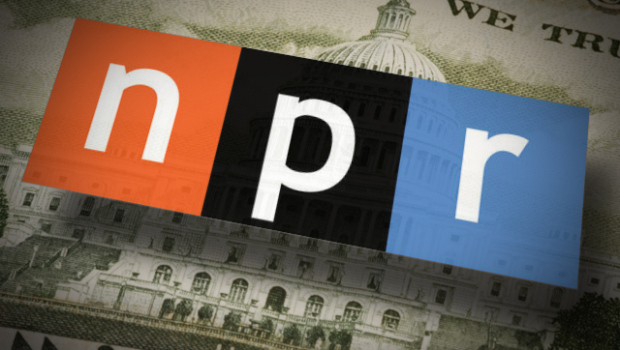 Even before conservative activist James O'Keefe released a hidden camera video showing now-former National Public Radio executive Ron Schiller criticizing the Tea Party and Republicans- and saying "we would be better off in the long-run without federal funding" - NPR was facing perhaps the greatest threat to its taxpayer subsidy in its history.

The reason? America's debt and deficit problem had gotten large enough that lawmakers from both parties had finally begun efforts to deal with it. And for the Republicans who took over the House in January, there were few targets for spending cuts more tempting than public broadcasting, which conservatives have long derided as a taxpayer-subsidized bastion of liberal elitism.

Last year, President Obama's bipartisan deficit budget commission recommended eliminating funding for the Corporation for Public Broadcasting (CPB), which was allocated $432 million from the government in fiscal year 2011 to distribute to public radio and television. The Republican-led House passed a spending bill for the remainder of the current fiscal year that would have eliminated CPB's funding, but the Democrat-led Senate voted it down Wednesday; the parties are now trying to work out a compromise on a spending bill, and cuts to CPB remain very much on the table. (Two Republican senators have also introduced a standalone bill to defund NPR.)

Less than ten percent of NPR's budget comes from federal funding. (Hotsheet took a detailed look at NPR funding here; NPR does not take a direct allocation from CPB, but it gets taxpayer money through member-station dues as well as grants.) Republicans argue that NPR "would be fine" without federal money, in the words of Sen. Jim DeMint (R-S.C.), who says that "forcing taxpayers to give public broadcasting hundreds of millions of dollars makes little sense when we're facing a $14 trillion debt and there are already thousands of educational and entertainment choices in the media." (One side note here: The majority of NPR funding comes from tax-deductible donations from individuals and corporations, so even without the CPB funding, taxpayers would still -- indirectly -- be subsidizing NPR.)

CPB says that $96.2 million from its fiscal year 2011 allocation is going to public radio, with the majority of that going to local stations and projects, not NPR itself. ($288.5 million of the CPB allocation is directed to public television; the rest goes to CPB operations and support.) While NPR could likely survive without the federal subsidy, NPR says many of its local member stations would not, something Schiller noted in his secretly-recorded comments. Supporters of NPR argue that public radio is a valuable source of quality news that many Americans - particularly in rural areas - would lose access to if their member station were to close.

"Every month, more than 170 million Americans turn to their local public broadcasting stations for free, high-quality programs that focus on the issues most important to them - what's happening in their community," Congressman Earl Blumenauer (OR-03), founder and co-chairman of the bipartisan Congressional Public Broadcasting Caucus, said in a Wednesday statement. He added that 21,000 public broadcasting jobs across the country would be at risk without the subsidy.

(At left, Sen. Bernie Sanders of Vermont argues in favor of taxpayer funding for public broadcasting.)

For opponents, this argument is absurd; the market, they say, provides the programming that people want. And besides, they argue, NPR is not simply a news outlet but rather a purveyor of a liberal agenda - a perception heightened by Schiller's criticism of the Tea Party movement as "racist" and comment that "liberals today might be more educated, fair and balanced than conservatives." (Schiller was an NPR fundraiser who did not have an editorial role at the network.)

Eric Deggans, the media critic for the St. Petersburg Times who also contributes to NPR, said in an interview that he believes NPR makes a concerted effort to be fair in its news coverage. (Deggans stressed that his connection to the network made him less than impartial.)

"When it comes to their opinion shows and their commentary shows and stuff like that, they're focused on kind of a college educated audience," he said. "And they have a very tight focus on who their listenership is, and they're creating shows that speak to those people. I think sometimes people see that focus and they translate that into a liberal bias."

In an interview, Jay Rosen, who teaches journalism at New York University and runs the blog Pressthink, stressed the ideological balance of the NPR audience. He also said attacks on NPR grounded in charges of bias were more about the culture war than reality.

"It's impossible to determine [bias], because bias is itself a category subject to bias," he said. "And I don't know the way out of that loop, I don't think anyone does. So bias is a club that people use to beat the news media with, and it has been wielded very successfully in this case."

Conservative commentator and media figure Andrew Breitbart said the debate over NPR's bias is "long over," though he said "NPR is my favorite of the biased media news organs." (Asked why, he added: "I like a lot of the local news programming, and there's something pleasant about the whispery, willowy news delivery.")

"I think a lot of their in depth stuff is very, very interesting, but it's important to understand that you're getting liberals and leftists presenting the news in as unbiased way as they possibly can, and it's still exceptionally biased though that machinery," he said.

White House Press Secretary Jay Carney on Wednesday said the Obama administration opposes efforts to eliminate public funding for public broadcasting - though he declined to spell out exactly why the funding was necessary. That prompted Republican National Committee spokesperson Kirsten Kukowski to argue that "the fact that the White House can't defend but insists on showering hundreds of millions of dollars on NPR in the midst of a fiscal crisis shows this Administration has zero credibility on addressing their addiction to spending."

The NPR board's decision to accept the resignation of CEO Vivian Schiller (no relation to Ron Schiller), which was criticized by many on the left, was designed to bolster NPR's chances of hanging onto its federal subsidy. (Schiller, who was widely criticized by conservatives for her handling of the firing of commentator and Fox News contributor Juan Williams, said in an interview with the Associated Press Wednesday that her continued presence in the wake of the Ron Schiller incident complicated the network's efforts to maintain the subsidy.)

But the resignation was not enough for Brent Bozell, president of the conservative media group the Media Research Center, who argues that "NPR hates Middle America."

"The resignation of Vivian Schiller doesn't change a thing about NPR," Bozell said in a letter to members of Congress Wednesday. "...A government that is broke should not be in the business of funding a left-wing playground."

In a statement released Wednesday afternoon, CPB said "public broadcasting educates our children, increases our sense of community as Americans, and provides a respectful non-commercial alternative on a hyper-commercial media landscape."