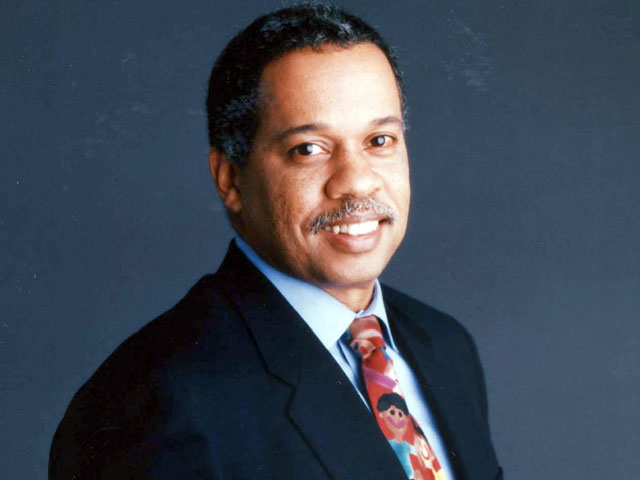 The firing of NPR contributor Juan Williamsfor comments about Muslims - he said among other things that he gets "nervous" when he sees Muslims on his airplane flights - has prompted Mike Huckabee and Sarah Palin to call for NPR to be stripped of federal funding.

"At a time when our country is dangerously in debt and looking for areas of federal spending to cut, I think we've found a good candidate for defunding. National Public Radio is a public institution that directly or indirectly exists because the taxpayers fund it," Palin wrote.

But the outcry reflects something of a misunderstanding of just how "public" NPR really is. Let's start with the name: Though Palin refers to "National Public Radio," NPR no longer identifies itself that way.

"Our legal name remains National Public Radio, as it has been for more than 40 years, but our trademarked brand has long been NPR," it explains on its website. "Several months ago, we let staff and stations know that we were making a conscious effort to consistently refer to ourselves as NPR on-air and online."

And though NPR is widely seen as publicly funded, the majority of its funding does not come (even indirectly) from taxpayers. NPR doesn't receive direct federal funding for operations - the largest chunk of its money comes from program fees and station dues, as NPR's finances page lays out.

NPR does end up with some federal funding in an indirect sense, though it only makes up between one and three percent of the group's budget on a yearly basis, according to NPR CEO Vivian Schiller, who discussed the matter in an interview with the Atlanta Journal-Constitution today.

Here's how Schiller breaks it down: The Corporation for Public Broadcasting, which covers both radio and television, gets $90 million per year in federal funding that goes to member public radio stations, not NPR itself. (This would be your local NPR affiliate.) She said any money NPR gets from the CPB comes via grants it has to apply for, and those grants only make up a tiny percentage of the overall NPR budget, which Schiller puts at $160 million per year.

(Looking at CPB's financials - page 17 specifically -- it appears the group got a $422 million total allocation from the federal government in FY2010, of which roughly $93 million went to radio.)

"NPR gets no allocation from CPB," Schiller said. "Zero. We are a private 501(c)3. We've had journalists call up and ask what department of the government we report to. That's laughable."

There appears to be something of a hole in her argument, however: If the CPB sends most of its radio money to member stations, and the member stations pay dues to NPR, doesn't NPR still end up getting taxpayer money via member stations, in addition to the one to three percent it gets via grants?

Hotsheet contacted Anna Christopher, senior manager of media relations at NPR, to address that question. She acknowledged that "a proportion of every station's budget goes to pay NPR dues." That means, she said, that "there is an indirect amount coming in" via member station dues.

Where does that leave NPR? If you add up the two indirect sources of federal money - grants through CPB and member station dues - taxpayer dollars still appear to add up to less than ten percent of its budget. And while that's not negligible, it's a lot less than many people seem to think.

Now, Palin and Huckabee could counter that they are including member stations when they discuss NPR. (Though it should be noted that member stations are separate entities that both produce their own programming and take if from other sources -- and they aren't the ones that fired Williams.) If you include member stations under the "NPR" umbrella, then the CPB allocation -- and, if you want to get into public television as well, CPB in general -- would be fair game.

All this talk of money brings us back to the man who kicked off the controversy in the first place -- Juan Williams. There's no need to send taxpayer dollars his way: In the wake of his being fired as an NPR contributor, Fox News today signed Williams to a new three-year contract worth nearly $2 million.