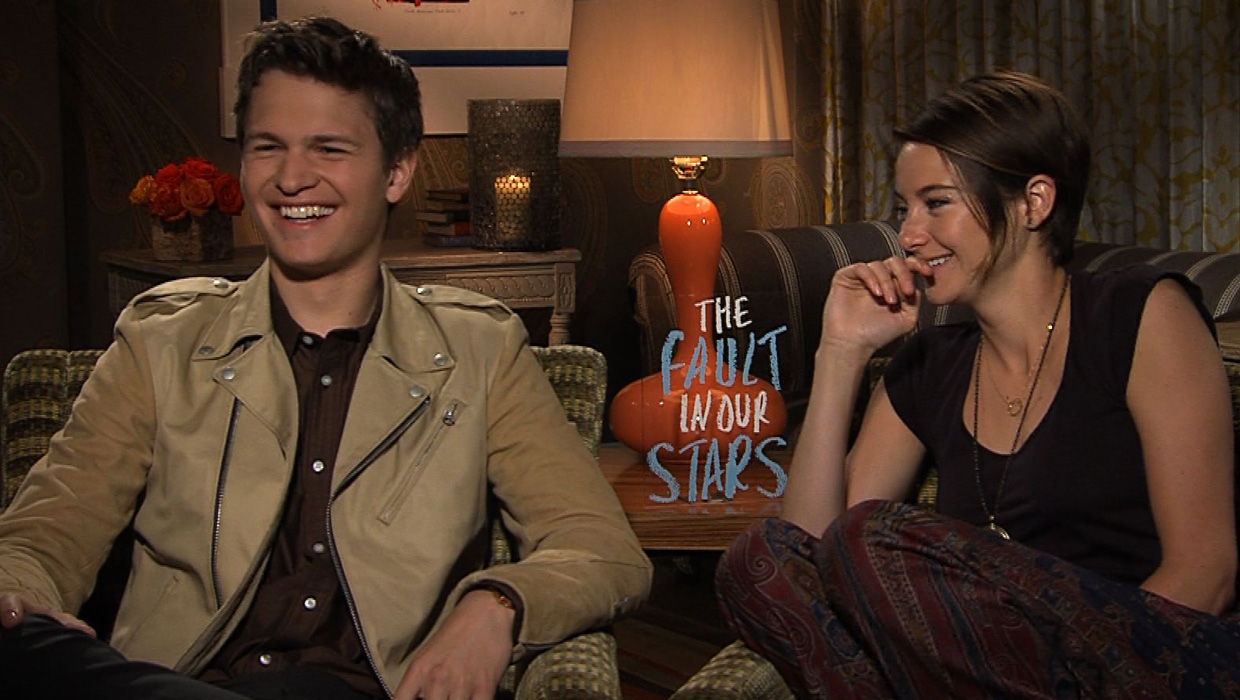 Rising Hollywood stars Shailene Woodley and Ansel Elgort apparently can't get enough of each other these days.

In March, the up-and-comers starred together in the mega-blockbuster "Divergent," adapted from the best-selling young adult book series by Veronica Roth.

Now, they're at it again -- this time with the new teary drama, "The Fault in Our Stars," which like "Divergent" is also based on a wildly popular YA bestseller, this one penned by John Green.

While Woodley, 22, and Elgort, 20, portrayed each other's siblings in "Divergent," this time around they're playing lovers. The actors said that playing brother and sister in "Divergent" actually helped with the chemistry between their characters on their latest back-to-back collaboration.

In "Fault," Woodley portrays the main character, Hazel, a 16-year-old girl facing a terminal cancer diagnosis. During a support group session, she meets and eventually falls in love with Gus (Elgort), who is also battling cancer.

Woodley and Elgort spent time with real-life patients of the disease prior to filming, but they said it wasn't as depressing as you might imagine.

"It's sort of like cancer doesn't define them in the same way any condition that any of us have doesn't define us," Woodley said of the experience, "Very rarely did we actually talk about cancer with them."

Elgort said that uplifting tone spilled over to the set while shooting the film in Pittsburgh and Amsterdam.

Watch the video above to see Woodley and Elgort, and their co-stars Laura Dern and Sam Trammell, discuss the family vibe that materialized during shooting.

"The Fault in Our Stars" opens in theaters Friday.

Elgort and Woodley will be seen on the big screen together again, in the upcoming "Divergent" sequels.