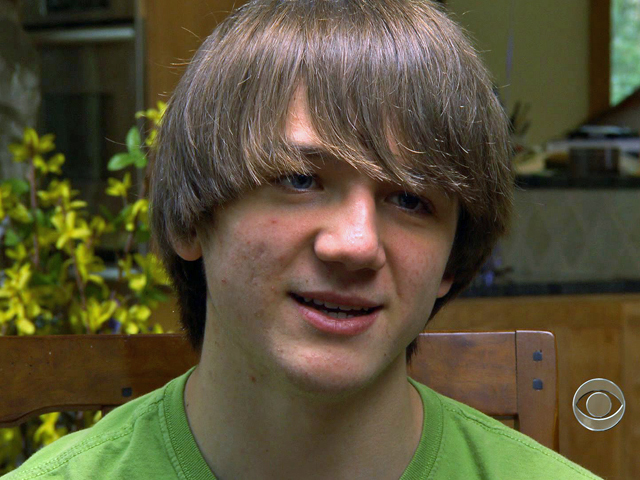 (CBS News) In our "Young Innovators" series, we've been featuring young people trying to change the world. This time, we spotlight Jack Andraka, who started googling ways to prevent cancer after losing a friend to the disease. And look where it took him.

"I created a new way to detect pancreatic, ovarian and lung cancer that costs three cents and takes five minutes to run," he said.

Teen science genius is ahead of the class

"It's a 168 times faster, over 26,000 times less expensive, and over 400 times more sensitive than our current methods of diagnosis," he said.

Tinkering in his room and using information readily available online, he came up with a new way to detect cancer.

Andraka's innovative mind got him a shout-out at the White House Science Fair. President Obama was impressed by this young innovator's tenacity.

"Jack requested space from research labs to pursue his work nearly 200 times," said the president. "200 times he asked, 200 times he was turned down. Finally, with the help of some folks at Johns Hopkins, he got the research facilities that he needed."

Did it sting when Andraka would get rejections? "It definitely did sting," he said, 'cause I kind of knew that a lot of them were being a bit discriminatory because they were like, 'This is a 15-year-old, he can't possibly be doing this."

Which may explain the overwhelming emotion he felt when he won last year's Intel International Science and Engineering Fair. The sweet validation came with $100,000 in scholarships, but Jack Andraka's got his eye on even bigger things.

"The name of the competition is called the Tricorder XPRIZE," he said. "It's a $10 million prize. Essentially what you have to do is develop something the size of a smartphone that you scan over your skin and it will diagnose any disease instantly."

Jack is fielding a team of other high-schoolers to compete against 300 teams of adult scientists and corporations in the Qualcomm Tricorder XPRIZE competition. He says youth is an advantage -- that new eyes are more likely to solve old problems.