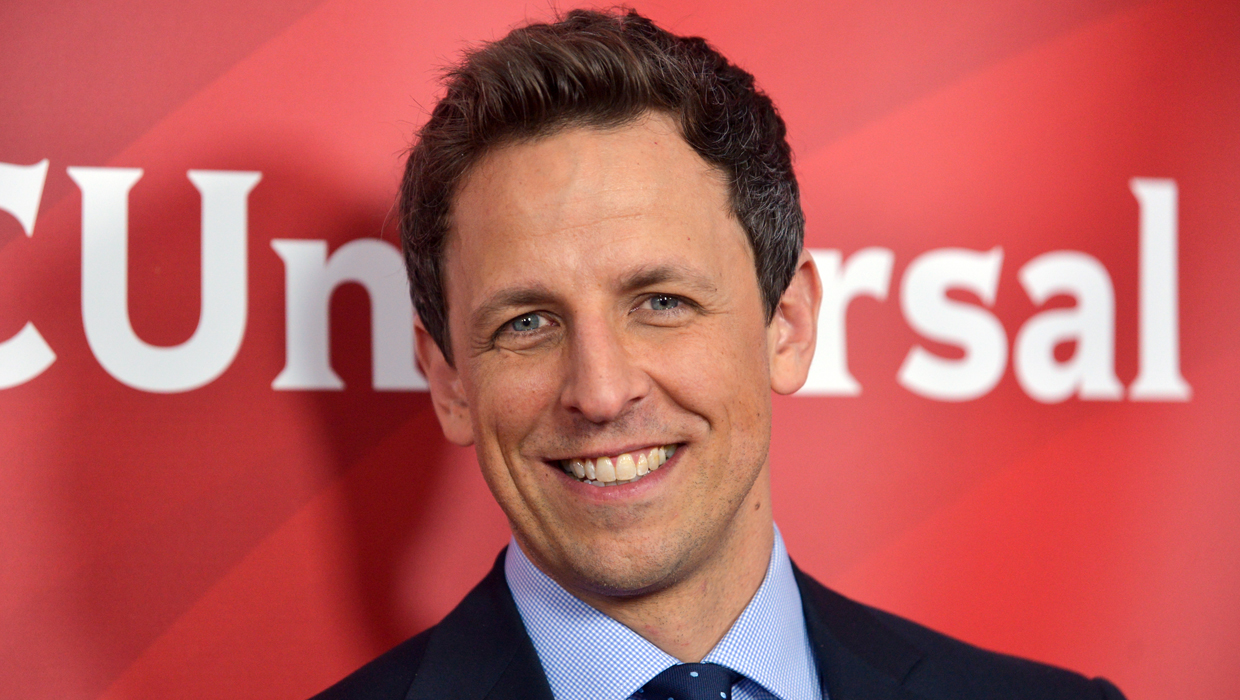 On Tuesday evening's show, Seth Meyers, NBC's "Late Night" host, announced his own ban of Donald Trump after Trump revoked the Washington Post's press credentials over a headline he didn't like.

The presumptive nominee, however, has not been booked to appear on the show.

Donald Trump responded to Meyer's half-comedic, half-serious ban the next day in a campaign statement.

"[Meyers] has begged me to do the show for the last two years," the statement read. "I have told him emphatically 'no,' I only like doing shows with good ratings, which as everybody knows, I only make better (by a lot)."

But according to TheWrap, Meyer's ratings have actually been on a modest upswing, considering the program's tricky 12:35 a.m. ET television slot -- ratings for "Late Night" have increased five percent.

"We instituted this ban despite the fact he's never been here, or asked to be here, or would ever be caught dead here," Meyers quipped. "I just think that takes an amazing amount of courage on our part."

"So, the ball is in your court, Donald," Meyers said. "Either rescind your Washington Post ban or you're not allowed to appear on the show you have no interest in appearing on. Although maybe now that you can't have it, you're changing your mind."

The Post isn't the only media outlet to have its credentials yanked by Trump -- the Daily Beast, Politico, the Des Moines Register, Buzzfeed, the Huffington Post and National Review have also lost their credentials.

Feuds between the media and Trump are not new. In May, Trump sharply condemned the media and even called a reporter "sleazy" for probing his fundraising claims for veteran groups.

Previously, Trump appeared on other late-night talk shows including "The Tonight Show with Jimmy Fallon," "Jimmy Kimmel Live" and "The Late Show with Stephen Colbert."