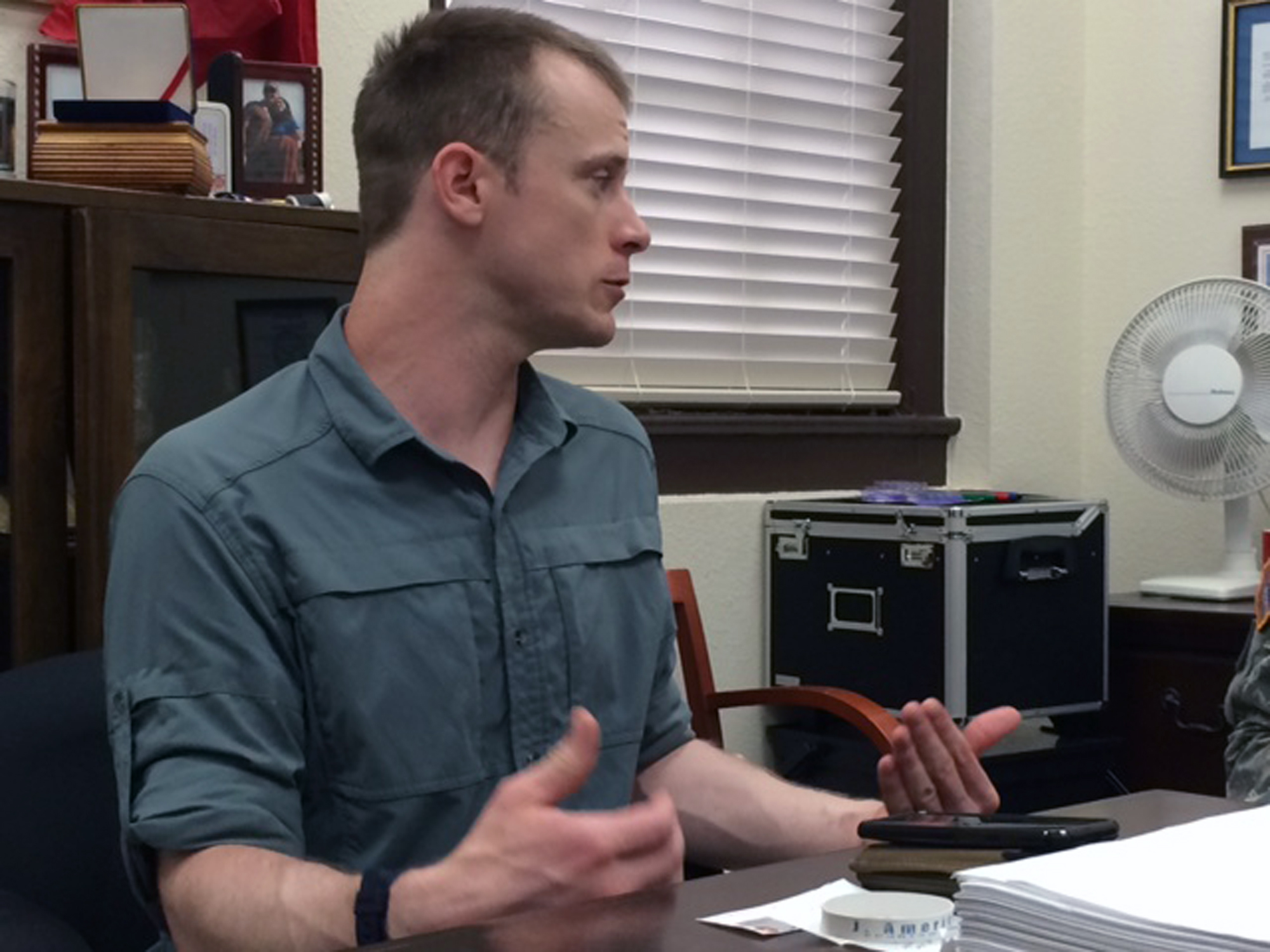 The popular podcast "Serial" returned Thursday with its second season, which focuses on the story of Army Sgt. Bowe Bergdahl, the former prisoner of war facing military charges.

Bergdahl was captured by the Taliban in 2009 after he left his post in Afghanistan. He was freed in a prisoner swap in 2014, and in March he was charged with desertion and misbehavior before the enemy, which can be punished with a sentence of life in prison.

In "Serial," which became the world's most popular podcast last year as it investigated the 1999 murder of a teenage girl in Baltimore, Bergdahl opens up to filmmaker Mark Boal, who wrote the screenplays for "The Hurt Locker" and "Zero Dark Thirty."

The first episode can be downloaded or streamed at the "Serial" website. This season, the podcast is also available on Pandora. It will continue to be available on iTunes and other podcast apps.

On Thursday, "Serial" posted the first episode's intro to its Facebook page, which can be listened to below.

New episodes will be posted on Thursdays at 6 a.m. ET. The New York Times reported Thursday that the podcast's producers wouldn't say how many episodes were in the second season. The first season had 12 episodes.

"I'm going, 'Good grief, I'm in over my head,'" Bergdahl told Boal about how he felt 20 minutes after leaving his forward operating base in 2009, according to the Times.

A decision is pending on whether Bergdahl's case will go to court-martial. His attorney, Gene Fidell, told CBS News correspondent Margaret Brennan that the series of interviews with Boal help Bergdahl's case.

"From the beginning our view has been that the more the facts of the case are available to the public, the better," Fidell said. "This is especially true given the continuing barrage of vilification to which Sgt. Bergdahl has been subjected. I'd trade 10 minutes of 'Serial' for an hour of Trump any day of the week."